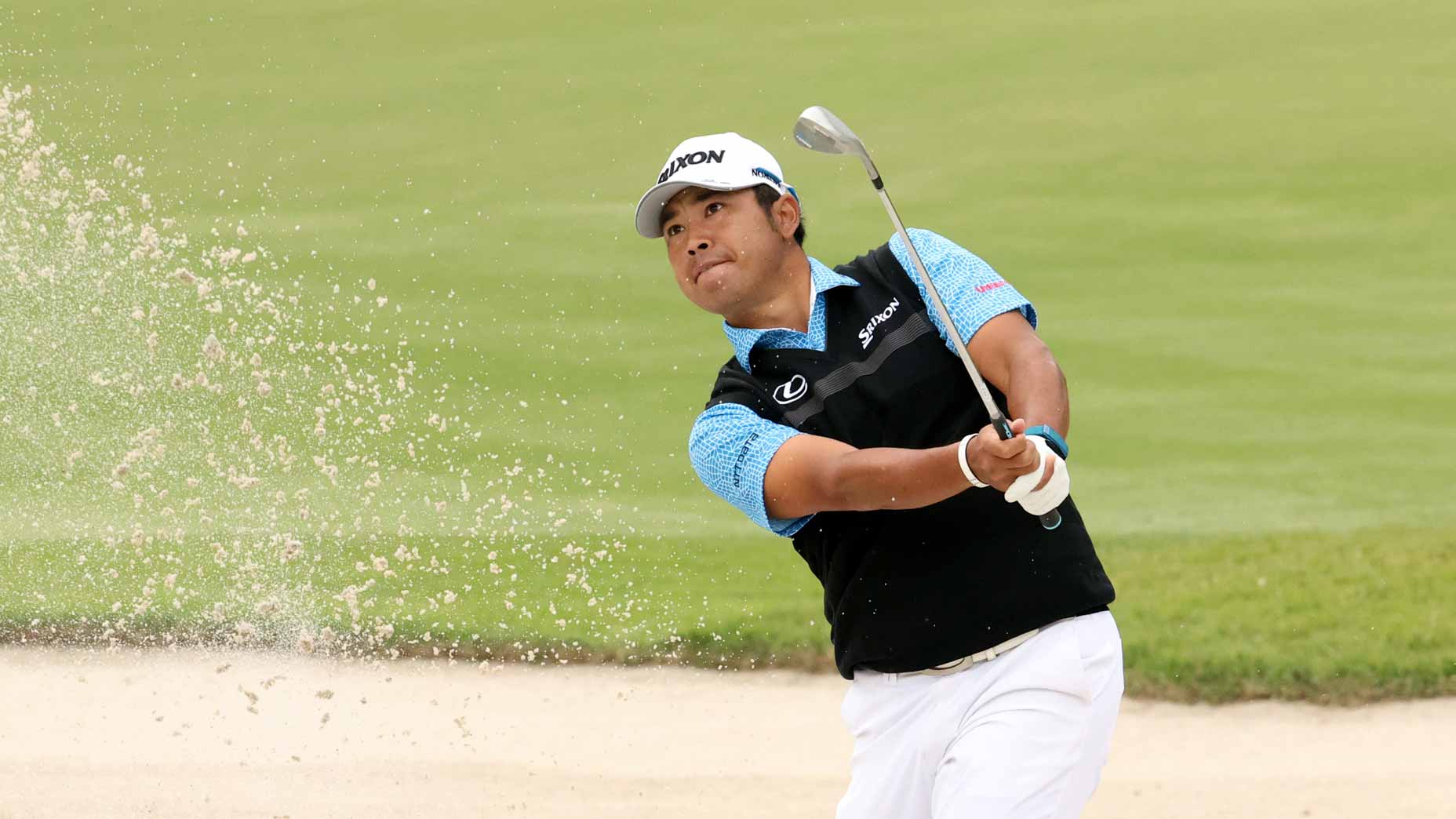 Hideki Matsuyama is eight-under par thanks to rounds of 64-68.

Hideki Matsuyama wasn’t so sure of the state of his game heading into the Zozo Championship.  No, he wasn’t oozing with confidence as he finished up his practice rounds outside Chiba at the Accordia Golf Narashino Country Club.

He was honest with himself and this was how he assessed it all:

“Ball striking, putting, chipping, all of these have not reached the level I want.  If my game scored 10 out of 10 at the Masters, now I would say it scores less than 1.  I will be struggling this week, but I am here in Japan so I am motivated to be in contention.”

Notice the word “motivated.”  Hideki found something heading into Thursday’s first round — he shot a six-under par 64 and the golf-hungry, Hideki-hungry spectators who turned out to see him were into it.

On Friday, the weather turned a bit challenging — steady rain, early wind and chilly temperatures — it was in the low 50s at Accordia, the course playing long and tough.

No worries for the reigning Masters champ, he more than lived up to the hopes of the crowds, who braved the messy cold conditions.  Hideki added a very nice two-under par 68 on Friday and got himself to eight-under and he’s atop the scoreboard heading into the weekend.

This is the first time the Japanese fans have been able to watch him in person.  There were no spectators at the Olympic golf outside Tokyo, where he lost out on the Bronze Medal in that seven-man playoff.

“We play in front of a lot of fans on the PGA Tour stateside,” Matsuyama said, “but to be able to play in my home country in front of so many Japanese fans, it was a thrill and I’m glad I played well.”

Birdies were not easy to come by on day two.  Just ask world No. 5 Xander Schauffele, who played alongside Matsuyama with Bronze Medal winner C.T. Pan as their third wheel.  Schauffele perhaps wasn’t ready for the weather change — his second round started double-bogey, bogey, bogey on the back nine and he’d make the turn in 40.  Xander turned things around a bit coming home with an even-par 34 but his 74 left him tied for 58th.  Pan has rounds of 76-73 turned in and out of the 78 players, he’s 76th.

Rickie Fowler was bundled up, wearing those big golf mittens between shots.  Rickie’s been consistent — 70-71 — one-over, has him tied for 35th.  Collin Morikawa is the highest-ranked player in the field.  The world’s No. 3 fared pretty well in the ugly conditions, shot 68 and is one-under with 36 to play — definitely in contention.

But they’re all looking up at Hideki-san, who constantly fools you with his reaction to his shots.  He’ll make what looks like a good swing, drop the club on his follow-through in seeming disgust, the the cameras show the ball landing inside 15 feet from the hole.  He obviously holds himself to very high standards.

Going into the final two rounds, Hideki’s looking for his ninth victory in his homeland.  Thus far, he’s handled the challenging layout better than anyone in the field.

At 19th in the world, he seems very underrated.  In Japan, he’s No. 1, at least in their hearts and minds.

For the final two days, as many spectators that are allowed on the grounds, well, most all will be following their national hero.

The pressure on him is constantly.  Didn’t matter at the Masters.

Shouldn’t matter much over the next two days.