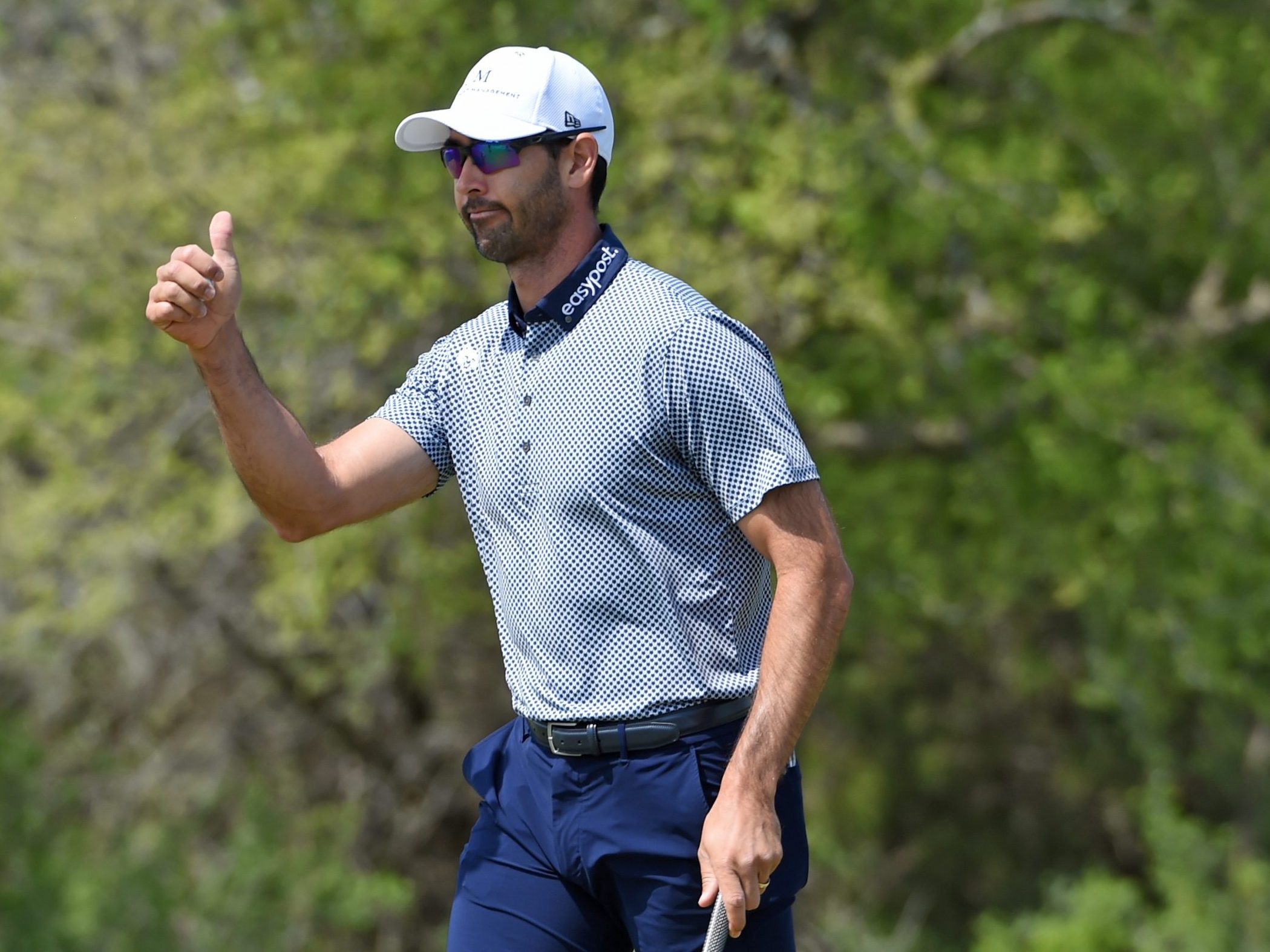 Cameron Tringale flipped the momentum on the 54th hole Saturday.

Hideki Matsuyama was in complete control of the Zozo Championship through 53 holes Saturday with the easiest hole on the course awaiting him at Accordia Golf Narashino.

The Masters champion was 11-under par, three-under for his round and three clear of winless Cameron Tringale when they walked up to the 560-yard par five 18th, playing downwind and scoring was under par on the hole for the day.

Then came the wicked hook three-wood by Matsuyama.  His tee shot went left, way left into the trees, leaving him with decisions.  Tringale laced his into the fairway.

Matsuyama chose to play down the adjacent ninth fairway, wedged out, leaving himself about 140 in while Tringale’s second settled just short of the green.  With Matsuyama’s short game, it didn’t appear a difficult task to make par.  But Hideki left his pitch short, just inside five feet while Tringale’s chip settled within two-feet, leaving him a sure birdie.

Then Matsuyama politely missed his par putt, tapped in for bogey and watched Tringale finish with birdie — two shot swing and the three-shot lead was down to a one-shot lead with 18 holes to play.

Golf is a strange and compelling game and it turned against Matsuyama that quickly.  Making bogey on the easiest hole of the 18 was a huge mistake, one that gave Tringale a chance to win for the first time on the PGA Tour.

The heat’s on Hideki heading into that final round.  Huge crowds followed their hero all day as the weather made a 180-degree turn from Friday — it was quite nice, cool but comfortable temperatures.  At the end of the day, Tringale hung tight with Matsuyama — both shot 68s.  Matsuyama’s 10-under, Tringale nine-under.

Tringale boosted his performance in 2021.  He started the year ranked 103rd and has climbed to 68th in the world rankings, still considerably lower than Matsuyama, No. 19.

Here’s how they’re lined up behind Matsuyama and Tringale:

Sebastian Munoz:  Sea-bass shot 68 on Saturday and would need a stellar round to contend on Sunday.

Brendan Steele:  He’ll have to do a lot better than even par 70, which is what he shot on day three.

Matt Wallace:  Had a chance to be in alone at seven-under but missed a four-footer for birdie at the 18th.  Settled for an even par round of 70.

Tommy Fleetwood:  Didn’t make up much ground, shot even par 70.

Branden Grace:  His 67 jumped him up the leaderboard.

Collin Morikawa:  The highest-ranked player in the field pitched in for eagle at the 18th and a 67.  Too far behind to win but another 67 could mean a top three or four finish.

Rickie Fowler and Xander Schauffele were basically treading water.  A second straight 71 from Fowler left him two-over and tied for 36th.  Schauffele shot 68 but that only got him to two-over also, tied in that group with Rickie.