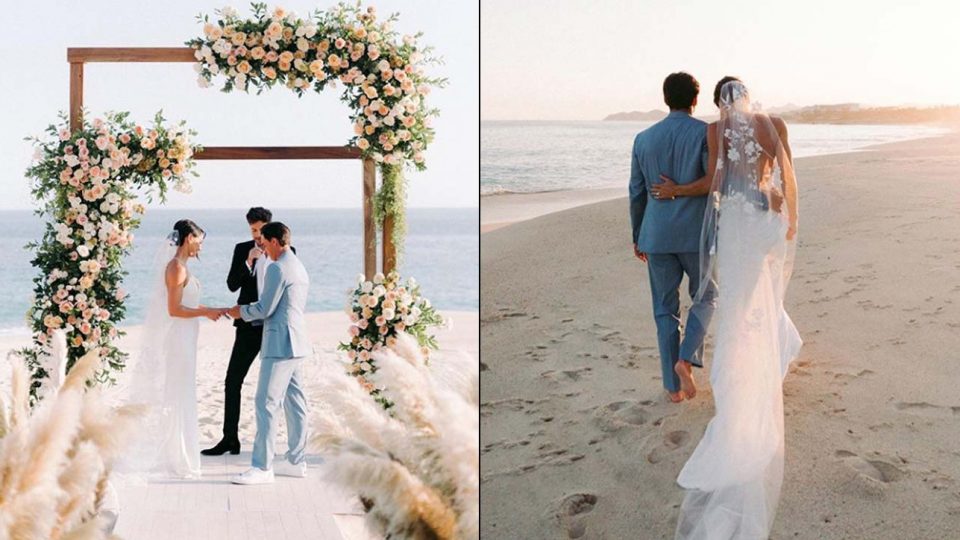 Ricky and Allison got hitched and did a good job of keeping it secret.

Holy Matrimony Batman — Rickie Ran Off And Got Married!

Rickie Fowler is now a married man and boy is he good at keeping a secret.

Rickie and his amazing fiancée, Allison Stokke, are now man-and-wife, they had what looked like a marvelous beach ceremony about two weeks ago and no one knows where it was, exactly.

And you thought Tiger Woods is secretive!

In this day and age of social media, internet, instant news, instant recognition, this one went off without a hitch so much so you’d think it was planned by  United States Special Operation Command.

No, USSOCOM didn’t pull this one off, it was all Rickie and Allison.

The wedding was held at a mystery site, of course it was a very, very nice beach.  Apparently the beach holds a lot of appeal for Rickie and Allison, it was on a beach at Southampton back in 2018 around the time of the U.S. Open at Shinnecock Hills, that Rickie proposed to Allison.

So the secret wedding took place on Saturday, October 5, parts unknown, guests unknown.  No doubt Rickie’s mom and dad were there, ditto for Allison’s folks.  Celebrity guests?  You’d figure Jordan Spieth and his wife attended along with Justin Thomas and his girlfriend and perhaps Smylie Kaufman.  Kaufman, Spieth and Thomas were part of Rickie’s infamous Bahamas vacation gang a couple of years ago.

Singer Kelley James was on hand.  He tweeted this afterward:  “Legendary weekend.  Thank-you so much for the incredible hospitality.  I’m still hungover.”

First hint that Rickie was up to something had to be his lack of appearances this fall on the PGA Tour.  After the Tour Championship, Rickie disappeared.  Hasn’t played since.

Second hint is that there hasn’t been a new television commercial starring Rickie.  He’s the current king of air-time.  He’s in all the Farmers Insurance commercials, Rocket Mortgage, TaylorMade golf balls and more.

Next question — which company will be the first to star both Rickie and the new Mrs. Fowler, together in a commercial?

That one seems like a no-brainer.  The cameras love Allison.  She’s a beauty and a bona-fide athlete.

Stokke was a pole vaulter to the University of California Berkeley and competed on the track team.  She competed in two NCAA D-1 championships and won All-America honors at the 2011 NCAA Indoor Championships.  She was also All-Academic.  She tried out for the U.S. Olympic team at the 2012 trials but didn’t make it.  She was still pole vaulting at a national level back in 2017.

These days, she’s been a sports model for Nike and Athletica.

That in and of itself will be a full-time job.

As for Rickie, he hasn’t won since the 2019 Phoenix Open and has been on a gradual decline in the  Official World Golf Rankings,  he’s now 20th.

Perhaps Allison will whisper something in his ear.

Or — “Rickie just win anything.”

Or maybe she’ll say nothing at all.

Rickie’s got it all by just about anyone’s standards.

After all, he’s Rickie Fowler and no one else is.