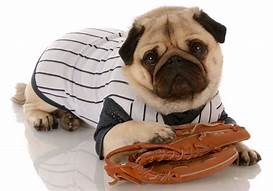 Not sure what this was all about but it seemed that the PGA Of America felt compelled to name someone as an “Honorary Ambassador” for the 101st PGA Championship.

Why a major championship needs any sort of “Honorary Ambassador” is a head-scratcher.

So the PGA dug up some retired baseball player named David Wright.

Never heard of him, but then again, we follow golf, not baseball.

So they trot Wright out all week and have the television talking heads ask him all sorts of ridiculous questions.

And he ridiculously tried to answer them.

In the end, it was simply unnecessary window dressing.

So for that, whoever at the PGA Of America thought that one up can stay in the Dog House for at least a week — or until Brooks Koepka says they can come out.