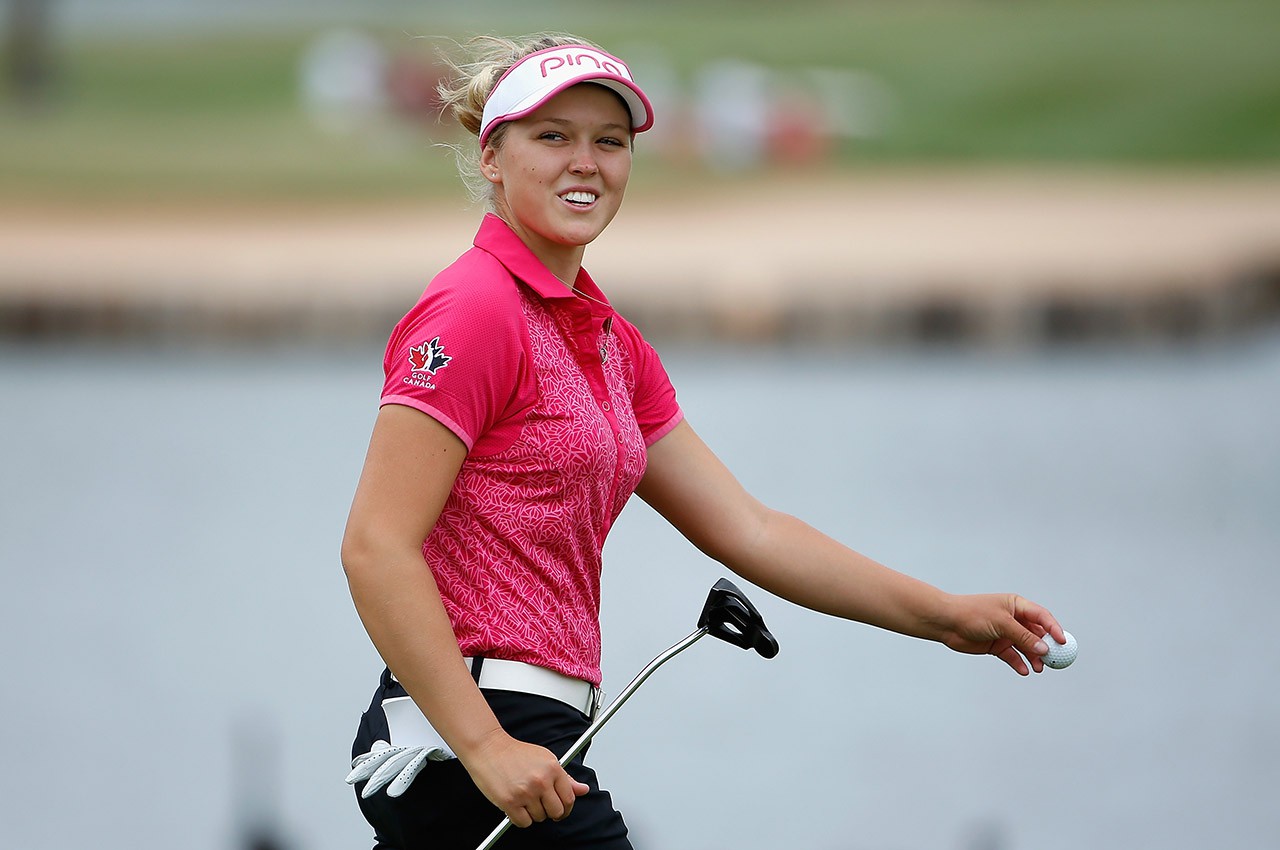 Canada's golfing sweetheart opened with a 66 at Kingsmill.

We have a Lexi Thompson sighting!

The LPGA is back in action, finally, this week.  The ladies are in colonial Williamsburg, a really cool place, playing at a pretty nice venue — Kingsmill.

Your leader after day one, actually there are three but one of them is two-time major champion Anna Nordqvist, who hasn’t been at the top of the leaderboards in a while but found her game in pretty good order at the Pure Silk Championship.

Anna put up a six-under par 65 and was right at the top with Bronte Law (how’s that for a cool name?) and Jennifer (I’ll sing you a) Song.

That’s not all.  Brooke Henderson, who keeps getting better and better, is just a shot off their pace with a Thursday 66.

Meanwhile, back to the elusive Ms. Thompson.

Lexi was just six shots off the lead with an even par round of 71 but the bad news is that’s only good enough for a share of 65th place and puts her right on the cut-line.  She’ll have to do a little better on day two to hang around for the weekend.

But then again, you ask yourself what we expect from someone who spends more time off the tour than on it?

Remains to be seen, it’s a free market and Lexi may play as little or as much as she wants.

In the meantime, it was pretty much lights-out as 64 players shot under par on Thursday.