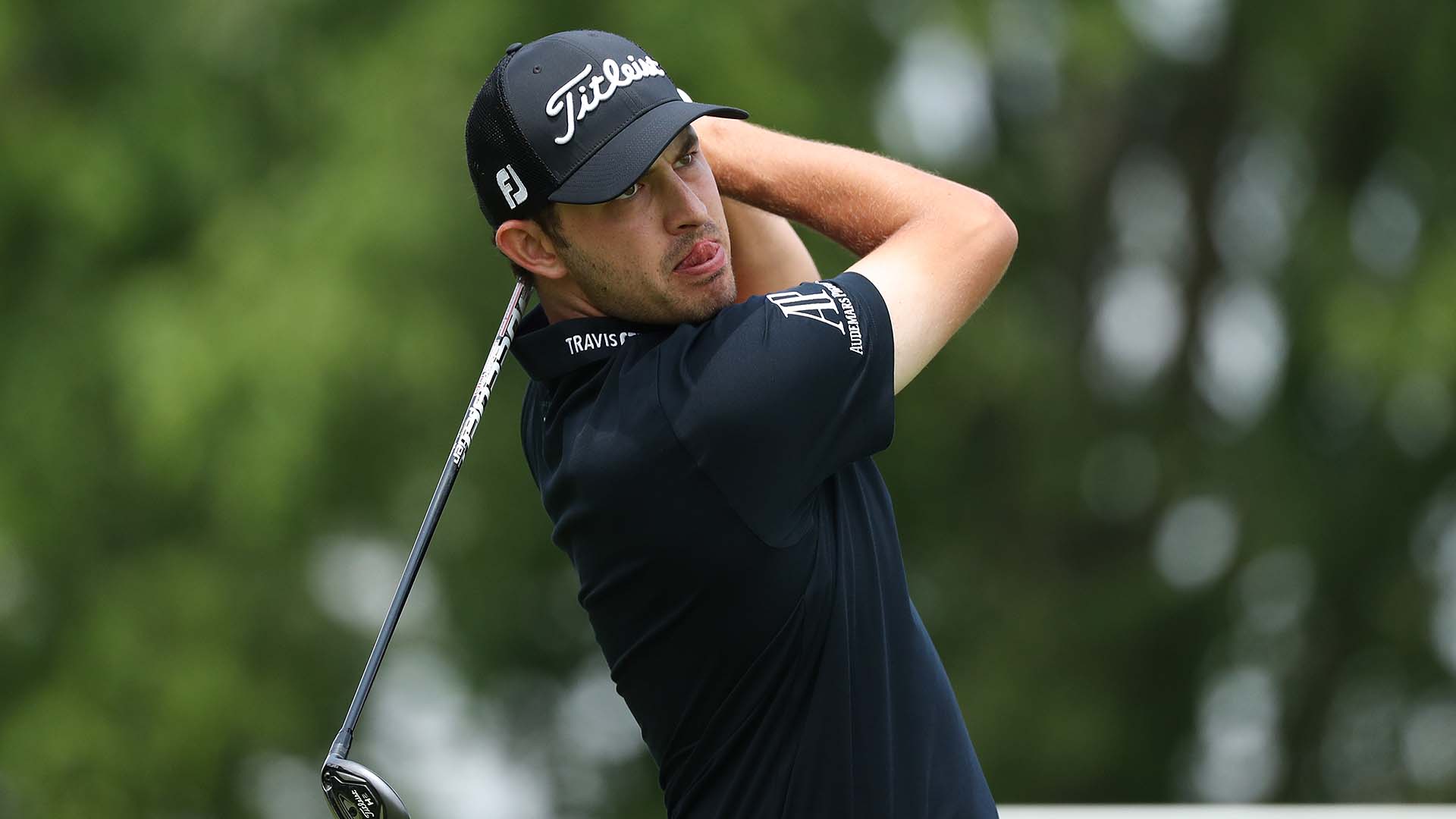 The winds came on strong at the Harbour Town Golf Links on Friday and so did world No. 6 Patrick Cantlay.

With gusts up to 30 miles per hour and winds steady at 20, Cantlay didn’t let the conditions phase him a big as he birdied his final four holes of the day to take over the solo lead after 36-holes at the RBC Heritage.

Cantlay’s late afternoon rally saw him birdie 15, 16, 17 and 18 on his way to a second round 67 that got him to nine-under par — two shots clear of second place Robert Streb.

“It was a crazy day,” Cantlay acknowledged.  “You finish with four birdies anywhere — it’s good.  I’m pleased with my play.  I think this golf course is very old school and very precise.”

First round leader Cameron Young wasn’t very precise and was one of those roughed up by the strong winds.  The rookie opened with 63 on Thursday but was 10 shots higher on Friday and finished in a cr0wd of five players tied at six-under par.  He’s tied with Joel Dahmen, Aaron Wise, Cameron Tringale and Erik van Rooyen.

Jordan Spieth was one of a half-dozen players in at five-under par.  Spieth’s putter let him down as he missed four birdie putts inside 10 feet in his afternoon round.

World No. 2 Collin Morikawa finished two-under while Justin Thomas couldn’t buy a putt and was in at one-under.