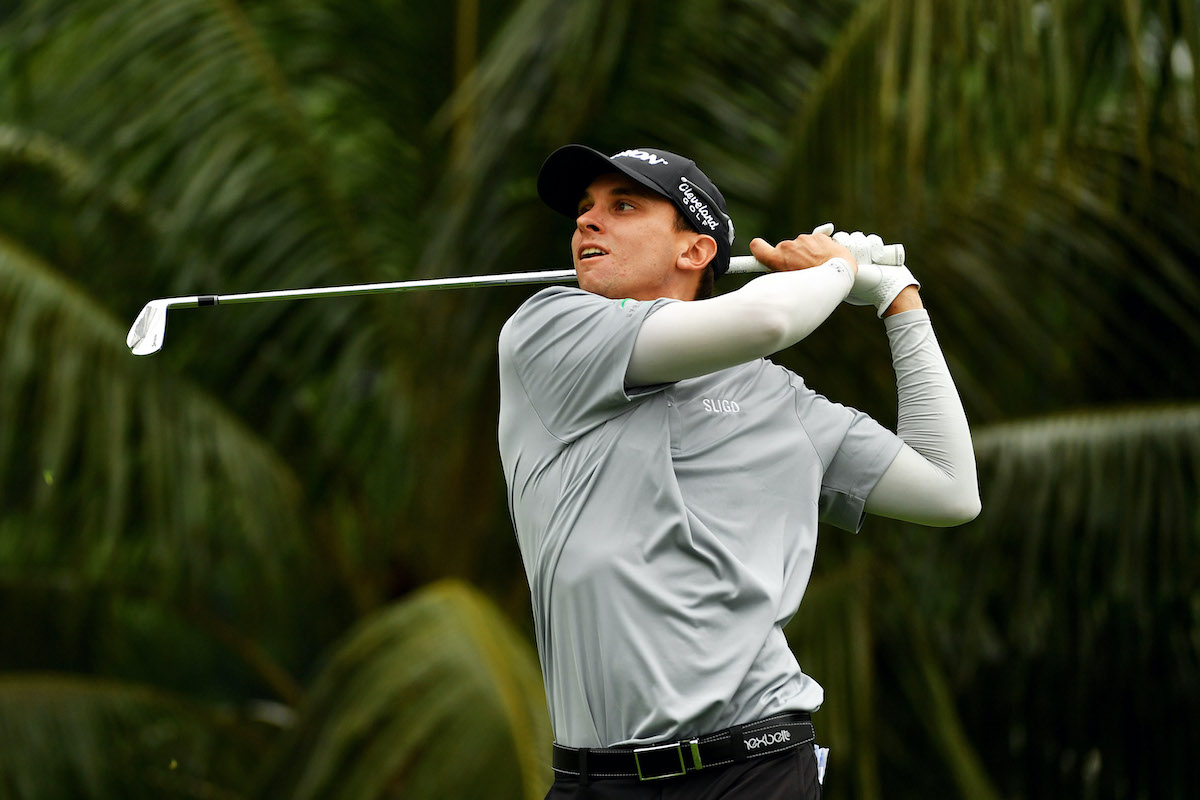 Posted By: Tom Edringtonon: September 27, 2020In: In Other News...No Comments

When John Catlin showed up last week in Northern Ireland, he was already setting his goals to get a second European Tour win sometime this season.

He was so serious about it that on Sunday, he birdied three of his final four holes at Galgorm Castle for an attention-getting 64 that put him in the house at 10-under par.

All he had to do was wait on Aaron Rai.

Rai was two back of Catlin’s score when he arrived at the par four 17th.  Rai stuck his approach from 162 yards within three feet and birdied to go nine-under with the reachable par five 18th in front of him.  Rai hit a perfect drive and had just 262 in.  He was in position for birdie and Catlin, knowing that, headed back to the range to stay warm in the chilly temperatures.

But Rai’s bid went awry when he hooked his three-wood into some beyond-thick rough left of the green.  His third barely went five feet and his fourth found the green 20 feet away.  He’d make bogey and finish runnerup to the American.

For Catlin, it was his second victory in the month of September.  He beat Martin Kaymer to win the Andalucia Masters and now has two wins for the season.

“I’m so happy. I was talking to someone earlier about where I was at four years ago and to be here is so surreal and a testament to my coach and all the hard work we put in. It’s so awesome to just be here,” Catlin said afterward.  “There are so many years of hard work that have gone into this moment. It was my goal to win again at the start of this week so to accomplish that is to do something truly, truly special.

“You never know if you’re going to win or not and to get that monkey off my back at Valderrama really freed me up today to know that I can look myself in the mirror and tell myself honestly that I’ve been here before and I can do it again,” Catlin continued.  “I’ve always wanted to play in the Majors, that’s the only level of golf that I haven’t played at and hopefully one day I can win one of those as well.”