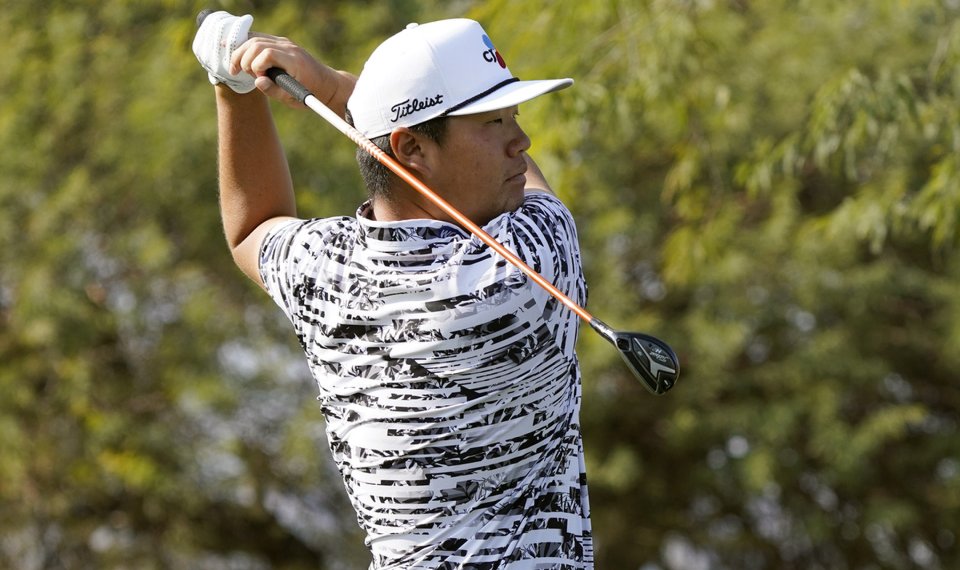 PGA Tour Ironman Sungjae Im just keeps on keepin’ on and that was the case again Friday as he shot a dazzling seven-under par 65 on the Stadium Course at LaQuinta to take the halfway lead at the American Express.

Im sits at a healthy 11-under par after his opening 68 on the Nicklaus course.  He’s a shot in front of the trio of Nick Taylor (68-66), Tony Finau (68-66) and Si Woo Kim.  Both Finau and Kim played the Nicklaus course while Taylor was on the Stadium Course.

The two biggest names in the field — tournament host Phil Mickelson and four-time major champion Brooks Koepka didn’t make it to the weekend.  The 36-hole cut came at a very low four-under par and Mickelson didn’t come close.  Lefty was two-over after rounds of 74-72 while Koepka never broke 70, shooting rounds of 72-71 to miss by three shots.

“I’m pretty satisfied with how I played all of my shots,” said Im, who feels his putting has improved sharply this year. “Speaking of putting, I started drawing a line on the ball as I visualize my putts, and that seemed to work pretty well today.”  Im spent his holiday break at his newly-purchased home outside Atlanta, and of course, practiced every day.

Although Mickelson missed the cut, he did something on Friday that he’s never accomplished during his PGA Tour career — he made 18 straight pars.  He’s played some 2,201 rounds on Tour and never had that happen.