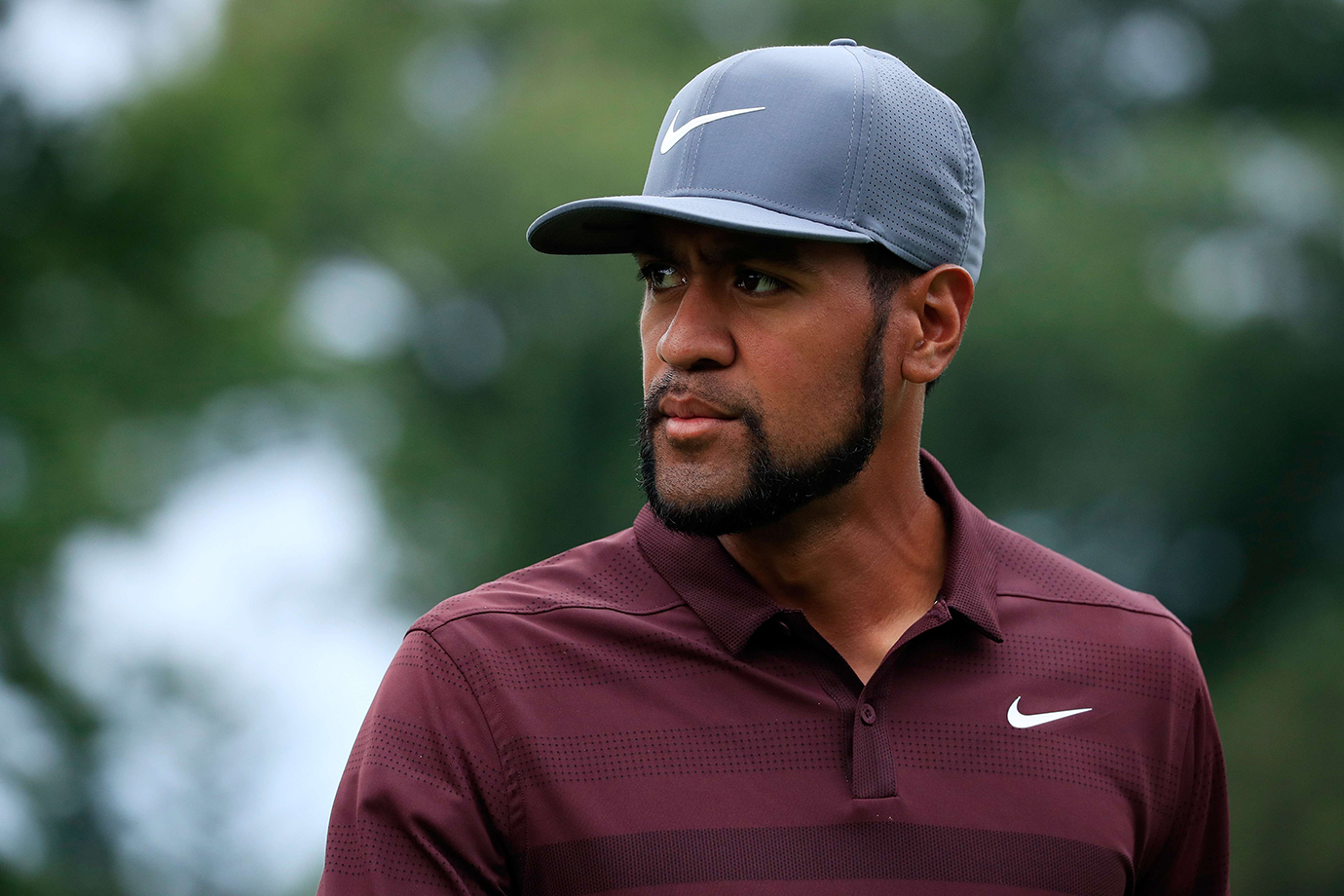 A run of three straight birdies on the back nine helped Finau get to 15-under.

Tony Finau once again has himself in prime position to get a second PGA Tour victory but he shares the American Express lead with two others.

Finau overcame a double-bogey at the par three 13 (water ball) and bounced back with three straight birdies for a five-under par 67 on Saturday at the Stadium Course, site of the final two rounds.  He’s tied at 15-under par with Max Homa (65) and Si Woo Kim (67).

Homa made a great save on the 18th after a poor drive forced him to lay up from a deep bunker right of the fairway.  He got up and down from 103 yards to save par and get a piece of the lead.

Kim had two great chances to have the lead to himself.  At the par five 16th, his three-wood second shot settled just seven feet from the hole for eagle but his bid slid by.  At the island par three 17th, he hit a gorgeous tee shot that stopped nine feet and he missed that birdie putt.

Sungjae Im was the 36-hole leader at 11-under par and started with a pair of birdies, looking like he’d go low on moving day but some poor shots and poor decisions proved costly and he’d finish with a one-over par 73 that dropped him from first to a tie for 20th.