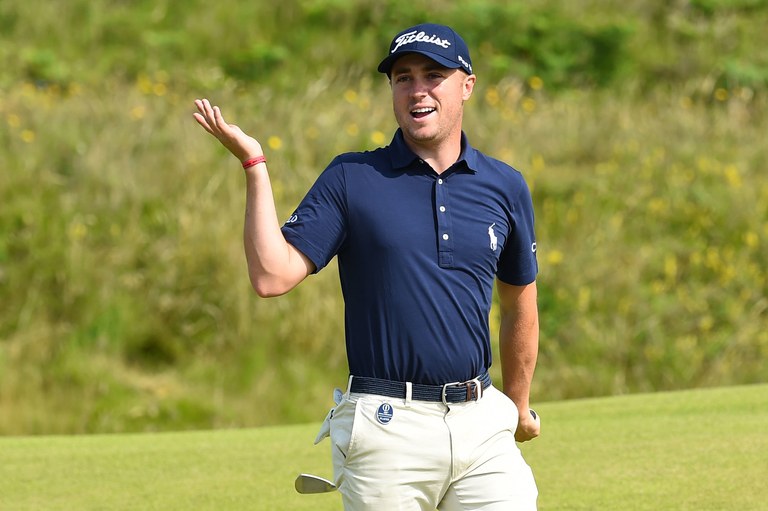 Justin Thomas went from favorite to missing the cut at Waialae.

J.T. Misses The Cut, So Do Kooch And Reed

At the end of the day Friday, the winds at Waialae took their toll — especially on the bigger-name players in the Sony field.

Defending champion Matt Kuchar didn’t make it to the weekend.  Kooch The Caddie Mooch packed his bags (including his Olympic bronze medal) after shooting rounds of  69-73 for a two-over par effort.  The 36-hole cut came at one-over.

Justin Thomas, winner of the Sony back in 2017 and the man who opened with a 59 that year, succumbed to a non-cooperative putter.  After winning in a playoff last week at the Tournament Of Champions, J.T. took 66 putts over two rounds and wasn’t happy with his three-over par finish.

“I mean, played like crap so I deserve to have a weekend off,” J.T. said before leaving.

“Playing plenty good enough to still be winning this week,” Thomas said. “Probably was a little exhausted from last week.”

Thomas’ missed cut is his first since last summer’s U.S. Open and just his third since the beginning of the 2017-18 PGA Tour season.

“Just didn’t execute,” Thomas went on to say. “I mean, it’s really, really tough out there. But I played fine. I played plenty good enough to be at 4 or 5 under and right in contention. I missed about every putt. I think honestly playing in course as often as I have in the past hurt me this year because it’s just so weird the greens being as soft as they are, especially out of the rough when the ball flies as much as it does. So much top-spin and it’s still coming back, so sometimes you have to get adjusted to that. But everybody has to; it’s not just me.

It was also rough for bad-boy Patrick Reed, who lost to Thomas last week on the third playoff hole at Kapalua.  Reed shot 69-74 and was three-over.

First round leader Collin Morikawa shot an even-par 70 after his opening 65 and was one of nine players tied at five-under par.