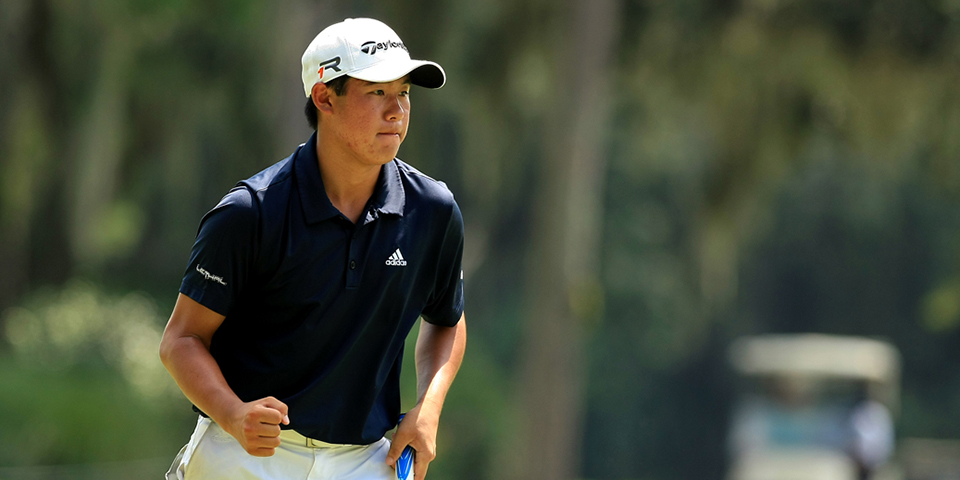 Collin Morikawa's 65 was the best performance of the new season.

What Wind? Collin Morikawa Masters The Mayhem At Sony

If you haven’t paid attention to Collin Morikawa, you should.

The 22-year-old rising star was head and shoulders better than everyone Thursday when an Open Championship broke out at the Sony Open.

If the players from last week’s Tournament Of Champions thought it was windy, well, things got REALLY windy on the big island for the first day of the first full-field event at Waialae Country Club.

Gusts hit 40 miles per hour and it was steady all day in paradise at around 25 to 35 miles per hour — wind imported from Scotland although the Trade Winds and Kona Winds whip up that world-class surf that has been famous around the islands since the days of Duke Kahanamoku, the grandfather of all surfing champions.

The wind that is great for surfing beats the tar out of most golfers, professionals included but that didn’t keep Morikawa from going low.

The Cal-Berkeley grad with a degree in business administration, took care of business in impressive manner with a brilliant five-under par 65, two better than anyone else in the field.  His card was clean on the par 70 that played less than 7,000 yards but still bewildered most of those long hitters out there.  Last week’s champ, Justin Thomas, had to birdie his final hole of the day to shoot two-over par (72).  Defending champ and notorious cheap-skate Matt Kuchar (aka Kooch The Caddie Mooch), shot 69,  playing alongside J.T.

Patrick (The Sandman) Reed got to see Morikawa’s action up close and personal.  Reed played with him and worked his butt off to shoot one-under (69).

Morikawa was at Maui last week.  He got into the Tournament Of Champions with his victory at The Barracuda, an opposite field event.  He nearly won a big one last year but fellow rookie Matt Wolff holed an eagle chip at the 3M to edge him by a shot.

On Thursday, Morikawa’s stellar iron play stood out.  He took care of business with birdies on the both the par fives.  At his final hole, the ninth, he was out of position off the tee and his second left him 189 yards dead into the teeth of that fierce wind.  All he did was hit that shot inside seven feet to make birdie and finish off the round.  He birdied two of the four par threes as well.

“Really good,” was how he described his day’s windy work.  “I didn’t feel like I drove it that well but my irons were really good,” Morikawa pointed out as he missed half the fairways.  “There were a lot of cross-winds,” he added, which made finding fairways more difficult than not.  “Last week (Maui) got me ready for this.”

Morikawa mentioned the size difference of the Waialae fairways.  “They are about half the width of Kapalua.”

Collin has relatives on the islands and he was quick to point out “it’s very relaxing to be here and I love the food.”

No doubt the food tasted even better after he put up the lowest first round score of his young career.  And speaking of that career, he’s already made 15 consecutive cuts, second-longest current streak on tour and that’s a testament to this kid’s consistency.

Morikawa was quick to add that it was only one round and there’s a lot of windy golf to play at Waialae.

Yes, those winds made it a tough show on Thursday.  More of the same expected for round two and perhaps the rest of the way.