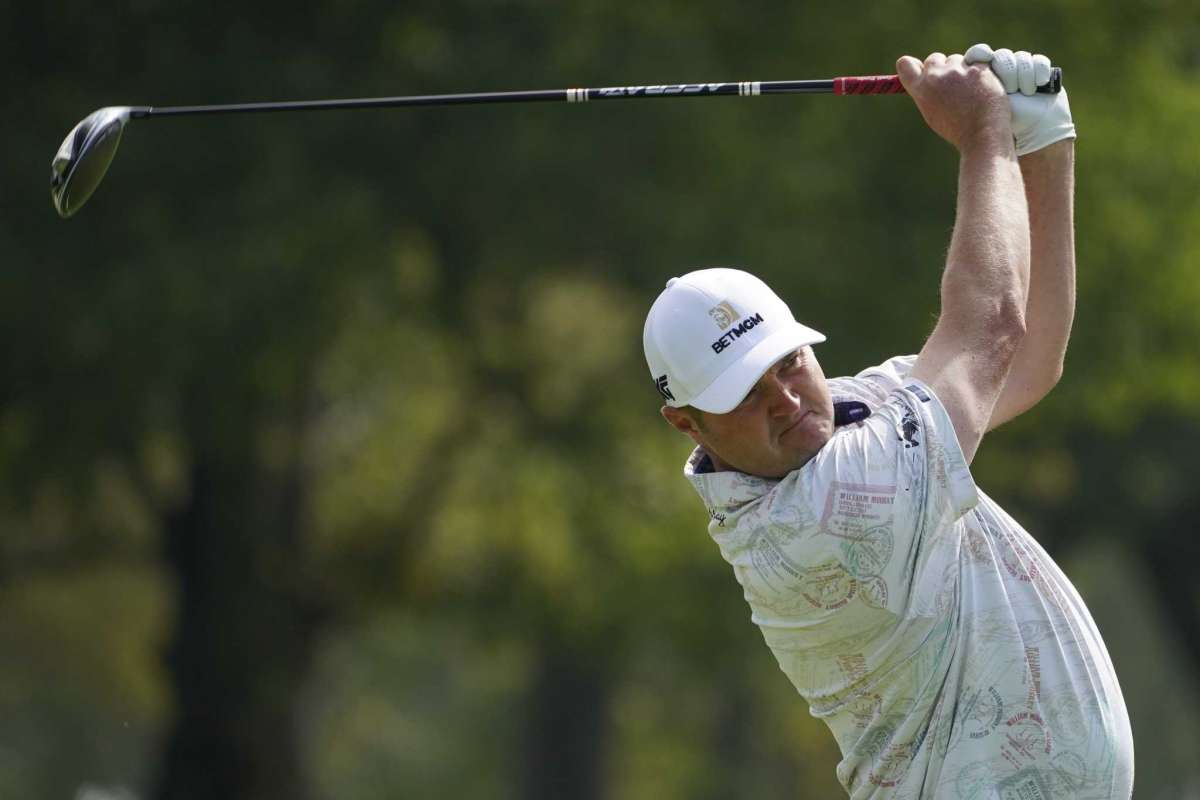 It took Jason Kokrak 10 years to get his first PGA Tour win.

Jason Kokrak is known for the long ball — but it was the putter that finally got him his first PGA Tour win on Sunday at the C.J. Cup.

Kokrak led the field in putting all week at Shadow Creek and on Sunday, put together his best effort of the week — a closing eight-under par 64, good for a two-shot victory over Xander Schauffele.

The 35-year-old Kokrak, who waited 10 years for this day, jumped past overnight leader Russell Henley with five front nine birdies that got him to 17-under par.  He was 17-under at the turn then back-to-back birdies at the 10th and 11th holes got him to 19-under and the solo lead.

Schauffele, who was paired with Kokrak, tied him after making three straight birdies starting at the 11th and the tournament boiled down to a two-man duel down the stretch.

The afternoon swung in Kokrak’s favor after both he and Schauffele found the rough with their tee shots at the par five 16th.  Both were forced to lay-up.  Schauffele’s second found more deep rough while Kokrak was in a deep greenside bunker.  Kokrak took the lead for good when he got up-and-down for par while Schauffele made bogey.

After pars for both at the short 17th, Kokrak hit a monster drive at the 515-yard par five closing hole and needed just a pitching wedge for his second, which he left 20 feet below the hole.  Schauffele found a tough lie in the long grass just off the green and could do no better than five.  Kokrak had an easy two-putt birdie for a two-shot win over Schauffele.

Henley’s closing 70 left him a 17-under, tied for third with first round leader Tyrrell Hatton, who closed with a nifty 65.

Kokrak was all smiles after tasting victory for the first time.  He hit 17 of 18 greens and kept his drives in the fairways for most of the round.

“The plan was simple — hit fairways. Give myself more opportunities than I did the past two days,” Kokrak said when asked about his strategy for the final round.  He gave credit to his caddie, David Robinson, for his skill at reading the Shadow Creek green.  “D-Rob gives me the read and I hit ’em,” Kokrak said.  “He reads ’em pretty darn good.”

Kokrak, who is ranked 53rd in the Official World Golf Rankings, will make a big jump this week.