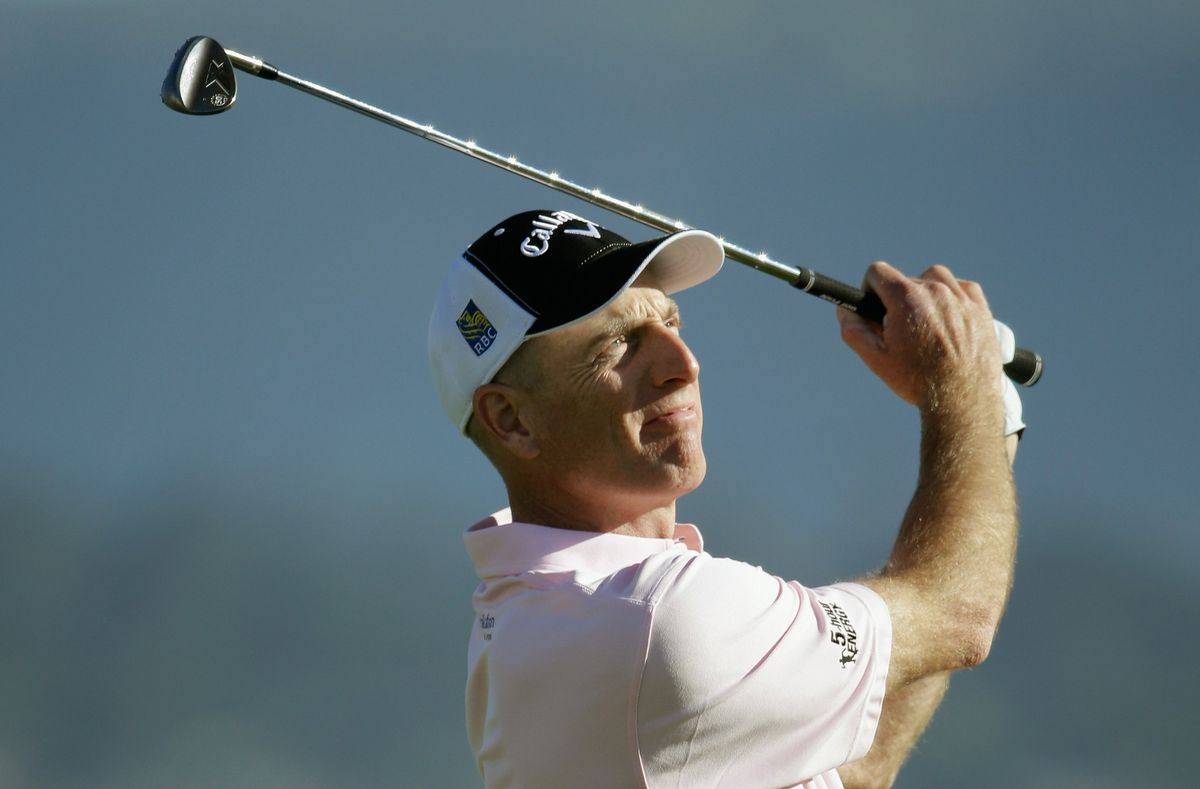 Jim Furyk beat Jerry Kelly with a birdie on the 18th hole.

Posted By: Tom Edringtonon: September 21, 2020In: In Other News...No Comments

Jim Furyk’s domination on the Champions Tour continued on Sunday at Pebble Beach when he beat Jerry Kelly in a playoff at the Pure Insurance Championship.

Furyk has now won both the Champions Tour events that he’s entered.

Furyk fired a final round 67 and got to 12-under par to tie with Jerry Kelly.  Ernie Els, the overnight leader, missed a two-footer on the 18th to miss out on the playoff by a shot.

In the playoff,  Furyk and Kelly both laid up on the par-5 18th.  Kelly wedged his third to 10 feet and Furyk’s sand wedge from 90 yards stopped just three feet from the cup.  Kelly pulled his birdie attempt and Furyk made his short birdie putt for the win.

Furyk won The Ally Championship last month in Michigan in his tour debut. The 2003 U.S. Open winner played the first six holes Sunday in five-under par – making an eagle on the par-five second and three birdies – then parred the final 12.

Georgia Hall need only a par at the 54th hole to win the Portland Classic but she couldn’t close the deal.

Hall bogeyed the 18th at the Columbia-Edgewater Country Club and finished regulation play in a tie with Ashleigh Buhai of South Africa at 12-under par.

Buhai had all the momentum going for her.  She birdied four of her last five holes to shoot 65 while Hall signed for 68 after her closing bogey.

Moriya Jutanugarn’s 67 got her to 11-under and she tied for third with American Yealimi Noh.  Overnight leader Mel Reid’s two-over par 74 dropped her into a tie for fifth.  Defending champion Hannah Green had the lead.  She was 13-under through 12 holes but she bogeyed four of her final six holes to shoot 73 and finished at nine-under par.