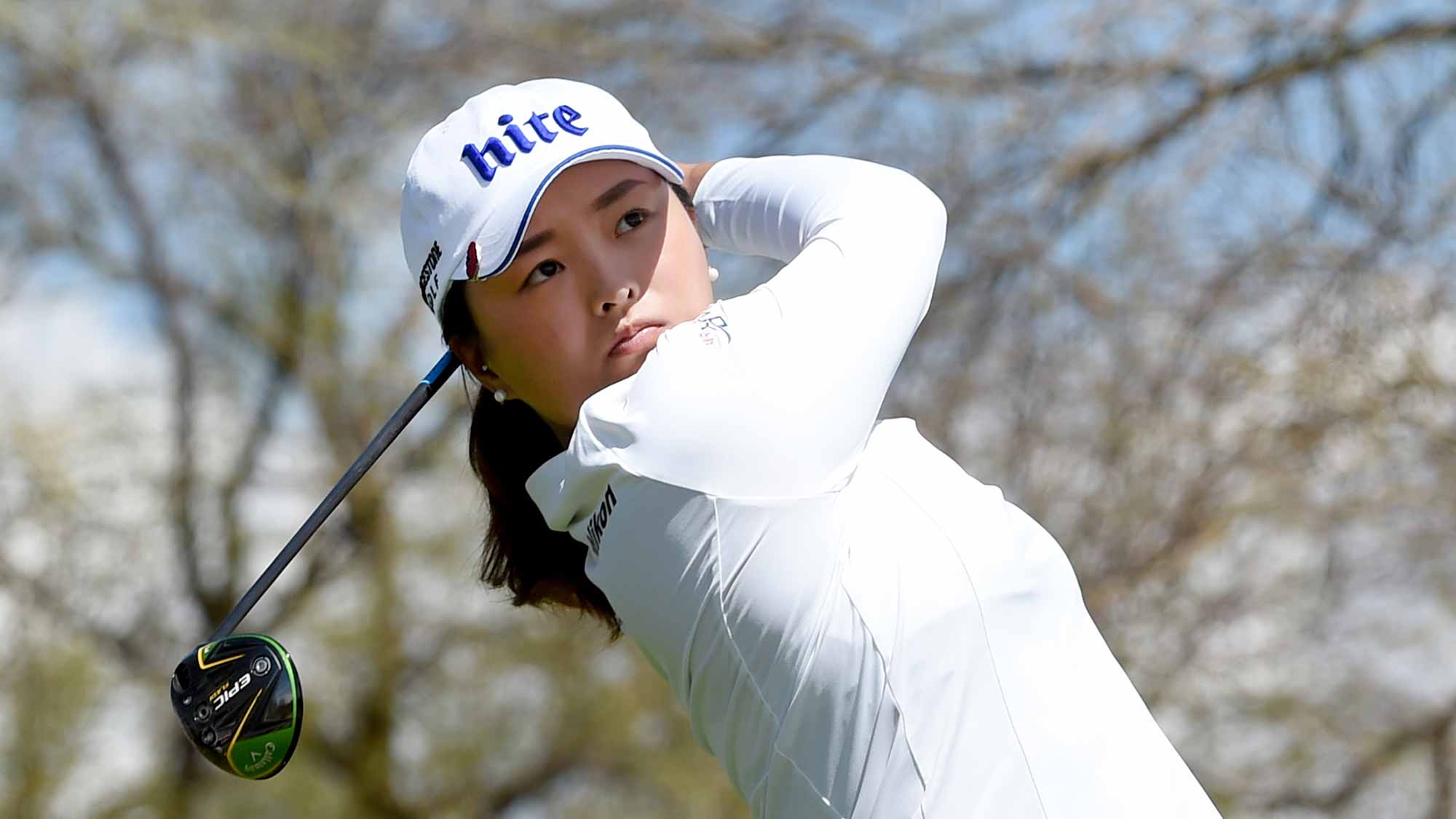 Jin Young Ko won for the 10th time on the LPGA Tour.

Jin Young Ko is on a roll and she stayed that way last week at the LPGA Tour’s Founders Cup.

On Sunday, she plodded through the rain and damp weather at Mountain Ridge Country Club and crushed the rest of the field, going wire-to-wire for her 10th Tour victory.  Her final round 66 got her to 18-under as she left the rest of the field in her wake.  Caroline Masson was a distant second and her finishing 64 earned her solo second.  She was the only player within seven shots of Ko.

Ko has now shot 14 straight rounds in the 60s, a run of dominance matched only by Annika Sorenstam, who achieved the feat in 2005 .  Ko hasn’t had a round in the 70s since July when she shot 76 in the third round of the Evian Championship.  She’s been in the 60s ever since and is tied with Sorenstam.

“I still have a chance to beat Annika, and I will try to do my best,” Ko said after getting showered with champagne.

Ko was dominant through all four rounds, with the $495,000 winner’s check, Ko crossed the $7 million threshold for career earnings, becoming only the 40th player in LPGA Tour history to reach that number.  Ko joined World No. 1 Nelly Korda as the only women to record three professional wins in 2021, and this win made her the fifth Korean player to reach 10 wins.

Ko started the final round with a four-shot lead and no one got closer than three all day.

In comparison, during Sorenstam’s historic stretch, she won three of the four tournaments in that run, including a major and a second in another.  Ko won twice and was runner-up and tied for sixth in the others during her streak.

Jon Rahm came into last week’s Open de Espana as a prohibitive favorite and the world’s No. 1 looked as though he’d make it three straight after he sat just a shot off the lead going into the weekend at the Club de Campo outside Madrid.

Strange things happen in the world of golf and over the weekend, Rahm’s game totally vanished.  He floundered on Saturday and finished one-over par with 72 then struggled again on Sunday as he could only manage a two-under par 69.

That opened the door for a pair of Spaniards — Adri Arnaus and Rafa Cabrera Bello, who finished runner-up to Rahm the last time this event was played in 2019.

It became a two-man battle down the stretch and the 72nd hole provided some drama when Cabrera Bello hit his tee shot to the right and found trouble while Arnaus was in good shape.  Cabrera Bello hit a magnificent recovery that got him on the green, albeit 35 feet away while Arnaus stared down a 12-foot birdie putt for what could have been his first European Tour win.  Cabrera Bello two-putted then Arnaus missed his bid for victory.

It went to a playoff but it took just one hole to decide the outcome.  Both players hit their tee shots just short left of the 339-yard par four 18th.  Arnaus hit first and didn’t catch it well, leaving himself 25 feet short.  Cabrera Bello, winner of four events, stuck his within 10 feet and rolled it in for the victory after Arnaus missed.

“It was definitely one trophy that was on my bucket list,” Cabrera Bello said after collecting his fourth European Tour win.  “To join my name to all those champions – Alvaro (Quiros) as well that I can think of – it’s very, very special.  I’m very, very happy. I knew it was going to be a really hard battle today and I don’t think I need to say that I didn’t get off to the ideal start.

“I’ve been believing in myself, I’ve had amazing support all this week rooting for me ever since the first minute and I was just hanging in there, I knew I’d have an opportunity and I’m glad that luck swung my way.”