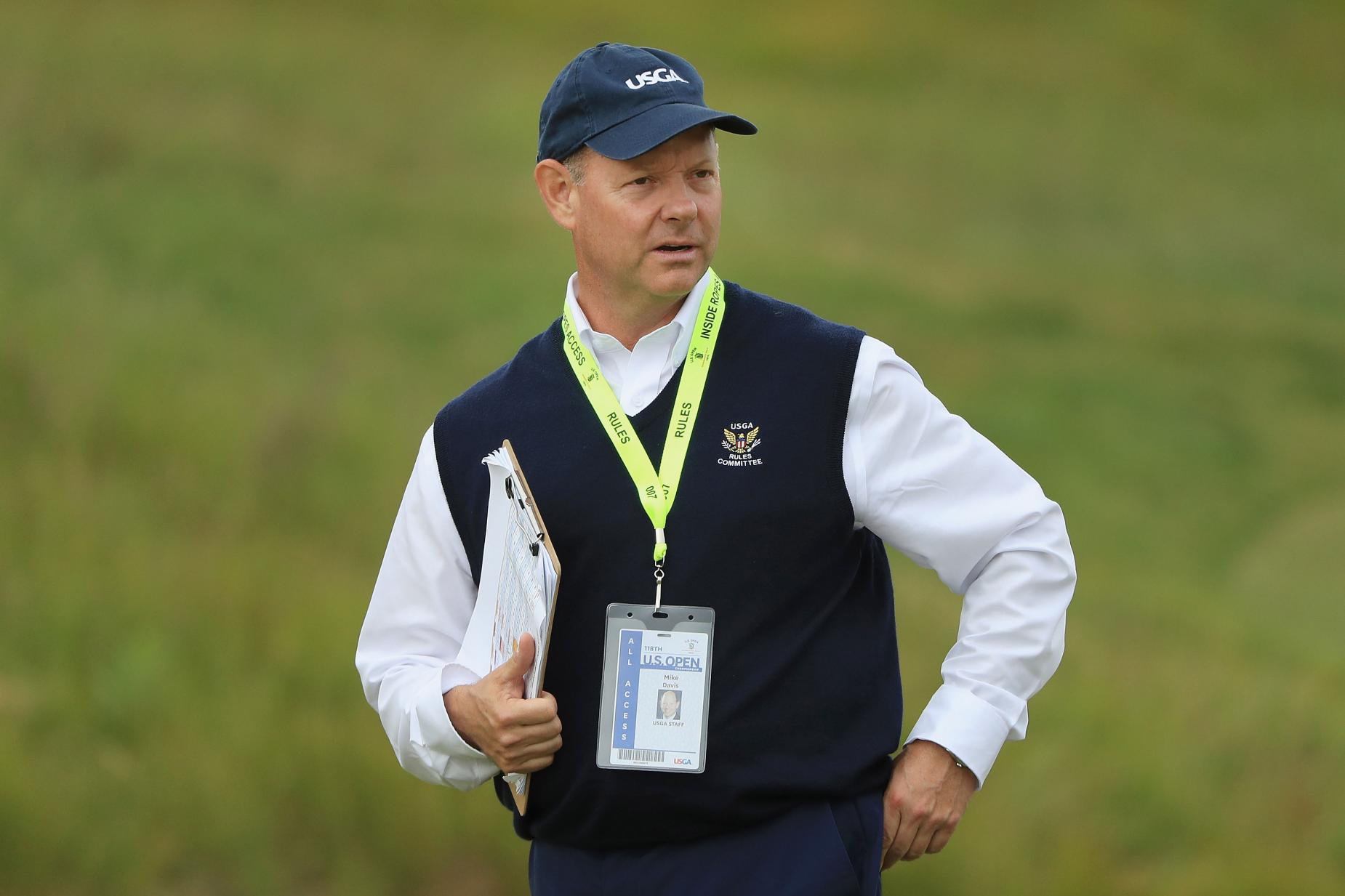 Mike Davis won't have to address the problem of too much distance in the modern game.

Apparently Mike Davis wants no part in what could be a long, involved answer to the ongoing “Distance Controversy” in the game of golf.  Davis has begun the process of an orderly exit from the USGA, where he first came to prominence back in 2005.

Back then he became the USGA’s Director of Rules and Competitions after spending time as the understudy to Tom Meeks.  Davis drew a lot of praise for his first U.S. Open setup at Winged Foot back in 2006.

Davis will be moving on to something that has been a keen interest of his — golf course design.  He’s going to team up with Tom Fazio II and form Fazio and Davis Golf Design.  He’ll now be swimming in the highly-competitive waters of the design field.  With courses closing all over the country, established designers like Jack Nicklaus have sought work overseas and Jack has logged thousands of miles on his jet — Air Bear.

But Davis had a timeline in his mind early on in his role as CEO of the USGA.

“I could tell, five or six years into it, that this is not a job where I would be doing myself or the USGA a favor by staying too long,” said Davis, whose job required him to spend about 200 days a year away from home. “I got into the position where I knew I could only keep this pace up and keep the enthusiasm for so long. I’ve had a lot of CEOs tell me this type of job kind of wears you out, and it turned out to be very true.”

Totally understandable.  Life on the road can wear tiresome and Davis’ decision didn’t come as a surprise to those closest to him.  Davis was a college golfer at Georgia Southern and like many young players, he was scratching out golf hole layouts on paper when he was in high school.  He won the 1982 Pennsylvania State Junior.

Favorite part of his USGA duties was working on preparing courses for all the USGA championships and the U.S. Open, in particular.  But when you become the head honcho, other stuff can get in the way and Davis’ life became crowded with that “other stuff,” including the ongoing distance issue.

For the next 15 months, he has a lot of “stuff” still on his plate including the COVID-19 challenges, the new Golf House Pinehurst project and yes, the overseeing of the ongoing Distance Insights Project.

Davis caught some flak over the years, particularly for the 2015 U.S. Open at Chambers Bay and the 2017 championship at Erin Hills.

“Governance is not a popularity contest,” Davis pointed out and that was especially true when the USGA and R&A did away with the anchored putting style.  “I look at the things we knew would be hard and unpopular with some, like anchoring and distance,” he said. “I remember when the board talked to me about applying for the position, and one of the things I said to them was, ‘We have to be willing to take on tough issues if they need to be taken on.’ And I used distance as an example. Because I love golf courses. It’s just destroyed me to see what’s happened in some ways because of distance.”

With so much still sitting on the USGA table, the big question is:  Who will succeed Davis in that key role?

“I’ll be part of process, but I’m not going to be choosing my successor,” said Davis. “I’m sure I’ll offer something about what the job entails and what I think is needed. When the time comes, I’ll make sure people know that this is the new person. I’ll be helpful, but also ready to say, ‘Here you go. Take my office.’ I think it’s a more comfortable thing.”

The USGA’s next key guy will be chosen by the starched shirt and tie crowd that make up the executive committee.  But evidently they need some help as they’ve hired hired a search firm.

They want to have Davis’ replacement on the job by May of 2021 before the U.S. Open at Torrey Pines in June of next year.

Perhaps the most obvious candidate is John Bodenhamer.  Last year Bodenhamer was named Senior Director of Championships.  You get the notion that Davis is in his corner.   “John has done a tremendous job,” Davis recently pointed out.

Whoever it is next will have the tough task of addressing the ongoing distance concern and something will happen in 2021.

Davis said he isn’t worried that his departure will slow momentum on the Distance Insights Project, which because of the pandemic has been postponed until early next year.

“Our board is very aligned with the R&A leadership that this is something we have to solve,” Davis reiterated.  “We don’t yet know how we’re going to solve it, in terms of what we should do, how we do it, when we should do it. But that will work itself out. We committed millions of dollars to this, and when you look at the data, so crystal clear. You just can’t argue it. It’s something that’s going to happen long after I’m gone, but that we know is going to happen.”

So it will be off-into-the-sunset of golf course design for Davis, who has done a remarkable job at the USGA, all things considered.

But looks like the distance monkey will now become someone else’s problem.

And that’s a beautiful thing for Mike Davis.