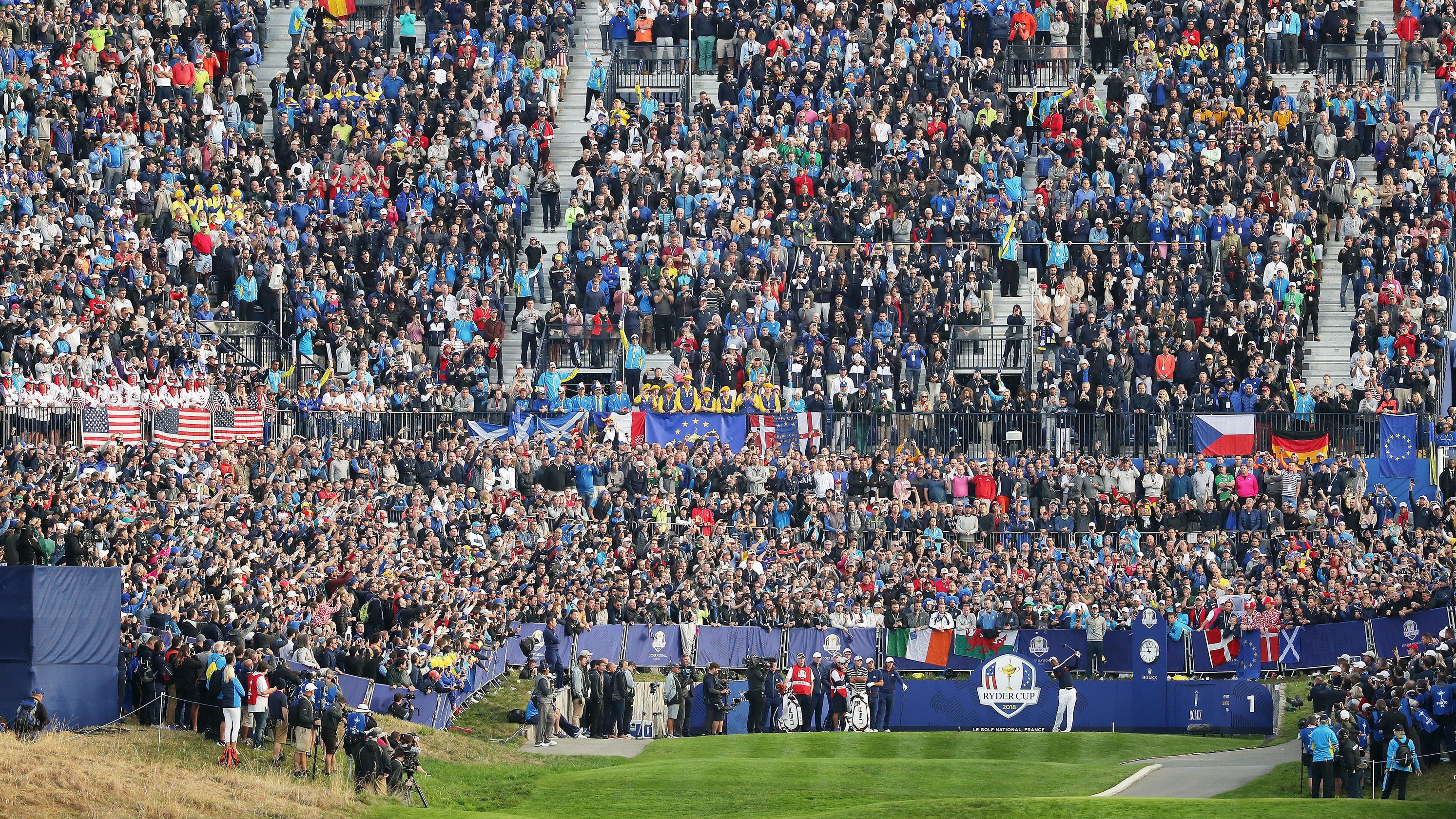 A Ryder Cup without thousands of screaming fans just wouldn't be a real Ryder Cup.

The Ryder Cup has become the subject of The Great Debate — and the mood of the players involved is suggesting that if there are no fans on site up there at Whistling Straits — the 2020 Ryder Cup should be  postponed.

The world’s No. 1 player and the most  high-profile member of the European team,  believes that the Ryder Cup,  will indeed be postponed.

“My personal hunch is that I don’t see how it is going to happen, so I don’t think it will happen.  I think the majority of players would like to see it pushed back until 2021 so that they can play in front of crowds and have the atmosphere that makes the Ryder Cup so special.

“The players are the ones that make the Ryder Cup. If they are not on board with it and don’t want to play, then there is no Ryder Cup. I see it being pushed until 2021, and, honestly, I think that will be the right call.”

“I don’t think that’s a possibility,” J.T. said of the idea of playing the matches with no fans on site at Whistling Straits up there in (Herb) Kohler, Wisconsin.

With the compressed/revised/re-worked PGA Tour schedule, the Ryder Cup falls at an awkward time.

You have two straight weeks of FedEx Cup playoff events followed by the finale — the Tour Championship on September 4-7.  The U.S. Open is slated to be played at Winged Foot starting on Sept. 17 with the Ryder Cup starting September 25 at Whistling Straits.

That’s a lot of golf for a player, like say,  Tiger Woods.  After going through the grind of the playoffs and the U.S. Open, it’s not out of the realm of possibility that Woods would be totally spent at Ryder Cup time.

There’s another huge name from the United States side who has already gone on the record to voice his skepticism over a no-spectators Ryder Cup.

“I personally don’t want to play (the Ryder Cup) if there’s no fans. I don’t see a point in playing it.”

This debate is nothing new.  It started when the Corona Virus reared it’s ugly, contagious head.

What Graeme McDowell said back in March is that the majors should take total precedent.

“To me the major championships take priority over the Ryder Cup,” he said. “It’s only going to be a viable opportunity if we feel good about the qualifying process and we feel the teams are legitimate. It’s such a difficult question.”

Even Seth Waugh, CEO of the PGA Of America, which controls the Ryder Cup, has voiced concern.

Finally,  McIlroy’s comments this week, fall in line with what he thought a couple of months ago.

“That’s from a European, going to America, knowing that I’m going to get abuse,” McIlroy said, “obviously it would be better for Europeans to play without fans because we wouldn’t deal with some of the stuff that you have to put up with, but at the same time, it wouldn’t be a great spectacle. There would be no atmosphere.  So if it came to whether they had to choose between not playing the Ryder Cup of playing it without fans, I would say just delay it a year.”

Player sentiment is turning negative when it comes to a fan-less Ryder Cup.

It’s just too tough to imagine one without the noise, the flag-waving, the well-dressed Guardians Of The Cup and the throngs of Wisconsin fans primed to help the U.S. team get The Cup back in the good old U.S. of A.

Postpone the darn thing to next year.