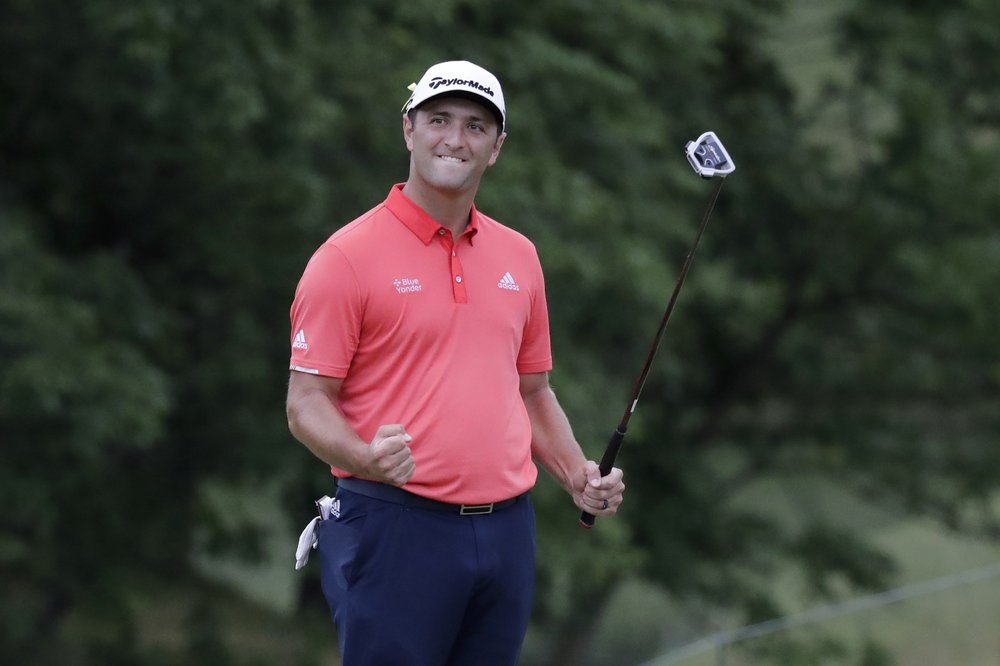 Jon Rahm is the new world's No. 1 and looks ready to win a major.

Two strokes wiser than he was a week ago, the world’s No. 1 — Jon Rahm — has his game in shape coming into the Memphis heat and humidity that defines late July, early August in this Tennessee city.

This is the home of Federal Express, the rich Dutch Uncle of the PGA Tour, the corporation that pours more money into the bank accounts and keeps the bean counters at Ponte Vedre (PGA Tour headquarters) on their toes.

This is the WGC event that used to sit proudly in Akron at the Firestone Country Club.  But in this day and age, money talks and the money FedEx throws at the Tour screams loudest — as in – “Hey, move that thing to Memphis!”

Which brings us to the TPC Southwind and a loaded field and you’d think someone in this week’s event will go on to win next week’s first major of 2020 — the PGA Championship at Harding Park in San Francisco.

The only huge name sitting this one out is Tiger Woods and it makes perfect sense for him to stay home.  After all, he’s won 15 major championships without playing the week before any of them.  Besides, at 44, the last thing Eldrick T. Woods needs is six days on a course where the temperature and humidity readings will be about equal — both around 90.

Welcome to the Heat-Fest.  It’s okay for the young guys but it’s the last thing Tiger needs — reps be damned.

Which brings us back to Jon Rahm, winner two weeks ago at Jack’s place and a co-favorite here.  Some Vegas guy went out on a limb and named Rahm,  Rory (McIlroy), Justin (Thomas) and Bryson (DeChambeau) as co-favorites.  Now that’s going out on a limb.

Despite his lofty ranking, prior to The Memorial, Rahm didn’t exactly tear up the restart — missed cut at Colonial, T33 at the RBC Heritage, T37 at easy Muirfield Village (aka the Workday).

It’s not like No. 2 Rory McIlroy has blown anyone’s doors off since the restart — zero top 10s.

On the other hand, J.T. has three top 10s in the five restart events, including that numbing loss in a playoff to Collin Morikawa at the Workday.

Finally, the most talked-about guy — DeChambeau.  He had three top eights then won the Rocket Mortgage.  His momentum took a nose-dive on the 15th hole at The Memorial during the second round at Jack’s Place.  A hair-brained attempt to go for the green from a near-impossible lie resulted in a 10 that led him to miss the cut.

McIlroy’s had success at TPC Southwind and it’s time for Rory to get out of his restart funk.  A decent showing this week will put him on the list of PGA favorites.

Which brings us to defending champion Brooks Koepka.  He’s here but as of late, his “A” game is still in quarantine.  He missed  the cut at the Workday then finished a lowly T62 at The Memorial.  He followed that up with a missed cut last week at the 3M.

Sure, the field will attract a lot of attention.  It should.

But at the end of the day — everyone’s heart is already headed to San Francisco.

They can’t help it.

No Defending Champion at Barracuda:

Morikawa’s now moved on to bigger and better things on the PGA Tour — in particular a berth in the WGC-St. Jude.  So there will be a new champion at the Barracuda.

Ryan Moore is one of the favorite’s at the Tour’s opposite-field event.  This won’t be the normal stroke play event — the scoring will be the Modified Stableford system with negative points for bogeys and doubles, points for birdies and eagles.

The field will play at the Tahoe Mountain Club in Truckee, California.

Tony Finau’s Brother Won’t Be On The Bag:

Tony Finau said last week that his brother, Gipper, would fill in as his caddie until further notice.

Apparently someone had a change of mind or perhaps Gipper had other things on his schedule.  Finau will have Mark Urbanek as his caddie in Memphis this week.  Urbanek has caddied in the past for James Hahn, among others.