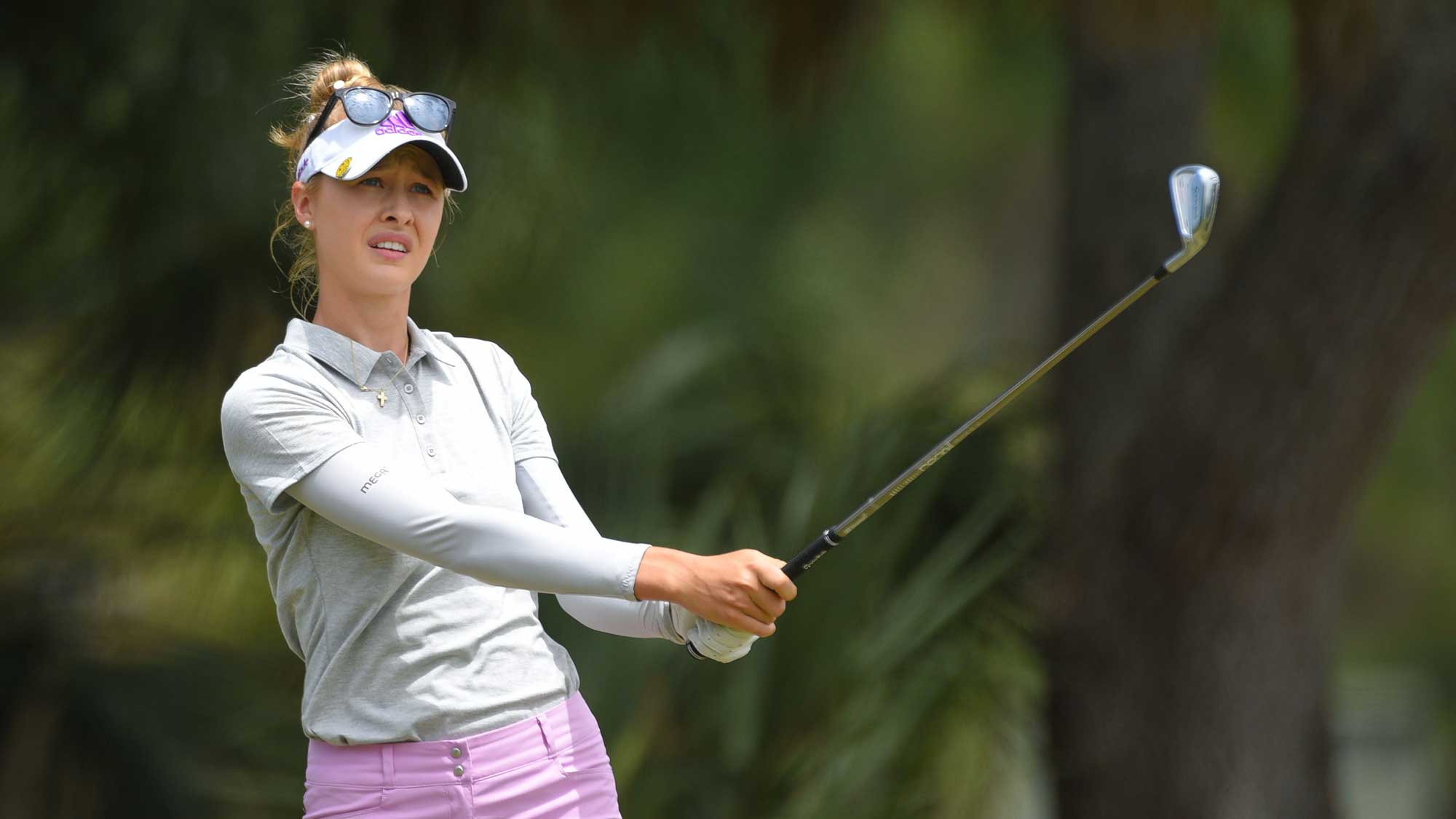 American Nelly Korda has risen to No. 2 in the world rankings.

It’s been a long 166 days but the LPGA Tour is back, finally, and the ladies have one big-time venue welcoming them.

The Inverness Club has hosted four U.S. Open and two PGA Championships and is regarded as one of Donald Ross’s masterpieces.  Founded in 1903, it is one of the country’s most historic and storied championship venues.

It’s the site for the ladies’ return at the Drive On Championship, a 54-hole event that begins on Friday.

With some prominent South Korean players staying at home, including world’s No. 1 Jin Young Ko and No. 2 Sung Hyun Park, it’s a great opportunity for some prominent American players to jump-start their return to action.

Nelly Korda has risen to No. 2 in the Rolex World Rankings but she’s got company in the top 10.  Fellow American Danielle Kang is fourth with Lexi Thompson checking in at ninth.  They’re all in the field and among the pre-tournament favorites.

The LPGA Tour has followed the PGA Tour’s protocols for COVID-19 testing and on-site protocols.  Like the PGA Tour, there will be no spectators.

The Champions Tour returns this week at a venue that used to host the PGA Tour on a regular basis.

The Ally Challenge will be played a Warwick Hills in Grand Blanc, Michigan.  Warwick Hills was the longtime site of the Buick Open back in the 60s and 70s.

There will be some prominent newcomers in this week’s field.  Jim Furyk, Mike Weir and K.J. Choi will be making their debuts on the over-50 circuit.  One huge name turned 50 this season but don’t look for Phil Mickelson to be showing up on this tour anytime soon.  He’s in this week’s WGC-St. Jude field.

Jerry Kelly is the defending champion.

The Dunhill Links Championship every October is one of the highest-profile events on the European Tour.  It’s played on The Old Course at St. Andrews, the championship course at Carnoustie and seaside Kingsbarns.  It is the equivalent of the AT&T Pro-Am on the PGA Tour.  It pairs professionals with amateurs.  Because of the huge size of the field, the large number of amateurs and the logistics of three venues, the European Tour decided that in the midst of the Coronavirus pandemic, it will not play this year’s event.

The Dunhill Links will return in October of 2021.

There will be a record-setter in the field this week at the Hero Open on the European Tour.

Miguel-Angel Jimenez will make his 707th start on the tour, making him the all-time leader in appearances.

Play begins on Thursday at the Marriott Hotel’s Forest of Arden course in Birmingham.

Davis Love III has left CBS.  He was hired last October as an analyst for the golf broadcasts and now he’s out.

Love said he still wants to play.  “I have realized in this time my passion to play is still strong, and my heart yearns to be home,” Love said on his Twitter account.  He also admitted that the job wasn’t as easy as he might have imagined:

“Playing golf on TV is a lot different than talking about golf on TV.  It was a lot more challenging than I expected.”

This news is heart-breaking.

Last month, Camilo Villegas  revealed that his only child, Mia, was undergoing treatment at the Nicklaus Children’s Hospital in Miami.  She had tumors on her brain and spine.

The Tour announced this week that 22-month-old Mia lost her battle to survive.

The world of golf sends its thoughts and prayers to Camilo and wife Maria on the tragic loss of their daughter.

No Fans Allowed For U.S. Open At Winged Foot:

Things will be quiet at Winged Foot in September.

The USGA announced Wednesday, in conjunction with New York Gov. Andrew Cuomo, that the U.S. Open at Winged Foot will be played without fans because of the Coronavirus pandemic.

“Following months of consultation and scenario planning with local and state health officials, we have jointly decided that hosting the U.S. Open without spectators will provide the best opportunity to conduct the championship safely for all involved,” said USGA boss Mike Davis.   “We will miss the excitement of the fans and what their presence brings to the championship. We look forward to welcoming them again to future U.S. Opens.”