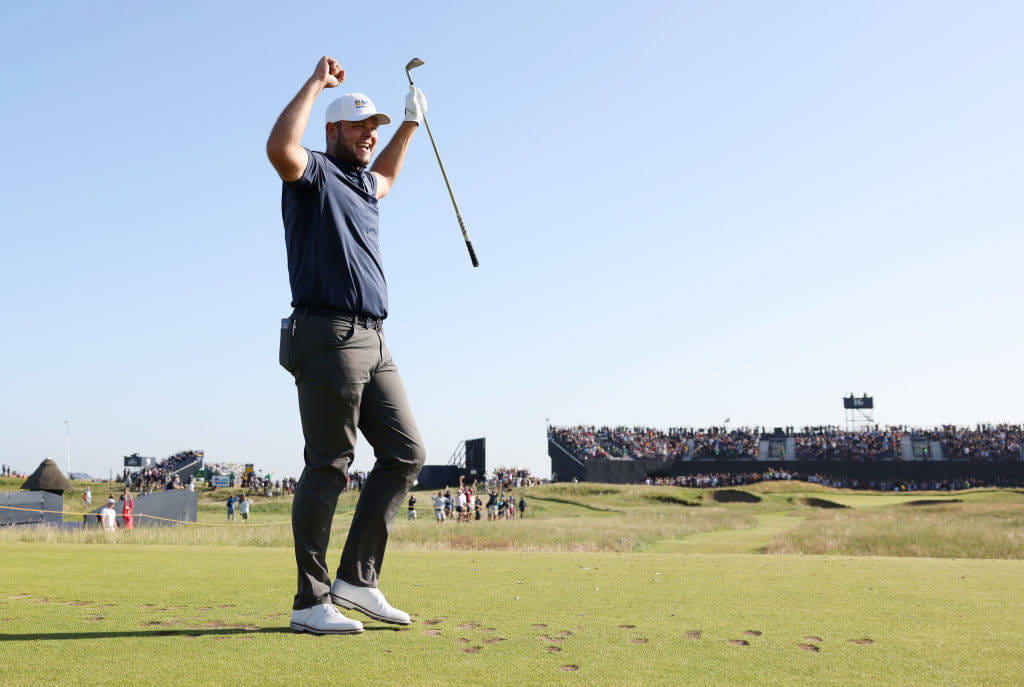 At 6-foot-9, "Jigger" Thomson is the tallest player on any tour.

Biggest roar on Friday at the 149th Open Championship came at the 149-yard par three 16th when the tallest man on the European Tour, or any tour for that matter, scored a hole-in-one.

Jonathan “Jigger” Thomson holed a wedge shot then birdied the 17th, parred 18 to get in with a three-under par 67 and his two-under par effort tied him for 31st and secured a spot for the weekend.  “I kind of knew I was always right on the bubble,” he said. “But I also knew that I was playing great, so patience was key and thankfully it has paid off.

“It is just phenomenal, to be honest,” Thomson said. “The roar, the shot, everything about that hole, it is indescribable really.  It was a real booster because I was grinding out there, to be fair. It was not easy. I was playing well, I just couldn’t seem to get anything going properly.  Then that happened and it was like, you know, that is just awesome.

“You dream about playing in The Open as a kid and then you come here, have a hole-in-one and make the cut, and it is just like, wow,” Thomson added.

He earned his spot in the championship through final qualifying at his home club, Hollinwell, to make it to Royal St George’s.

Three players from the world’s top 10 failed to make it to the weekend at the 149th Open Championship.

Hatton had some issues with a spectator as he walked off the 15th green Friday and rendered the “middle-finger salute” to the person who caught his ire.

At the 18th, Hatton need birdie to make the cut.  He had a wedge into the green, hit a shot that was, put simply, less than spectacular and Hatton snapped the club at the neck and calmly handed it to his caddie.