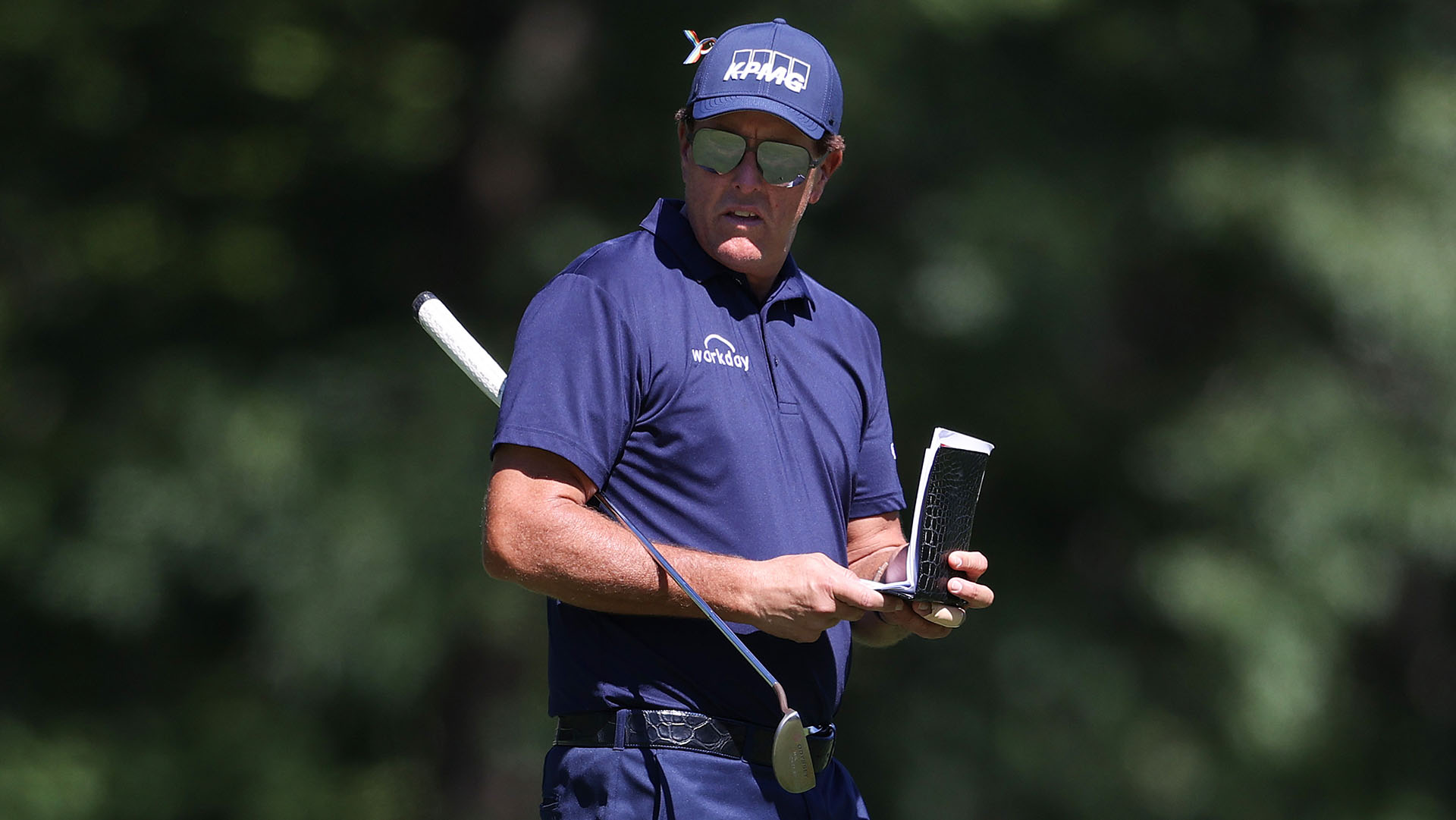 Phil Mickelson's 67 on Friday got him to the weekend.

It’s go low or go home at the Safeway and Jordan Spieth was sent packing early after missing the lowest score to par cut on Tour since the restart.

Spieth shot 73-70, one-under and it took five-under to make it to the weekend at Silverado Resort.  Phil Mickelson’s 67 on Friday got him in for the final 36 at six-under so he’ll have four rounds to get ready for this coming week’s 120th U.S. Open at Winged Foot.

Leader Sam Burns is setting a hectic pace.  Rounds of 64-65 have him 15-under par and two in front of Harry Higgs.  Higgs posted an eye-opening 10-under par 62 on Friday and stands 13-under.  He finished his round by producing perhaps the shot-of-the-year on the PGA Tour.  He holed out a four-iron second at the par five ninth for a rare albatross “two.”

First round leader Russell Knox was tied at 12-under with Cameron Percy and D.J. Trahan.