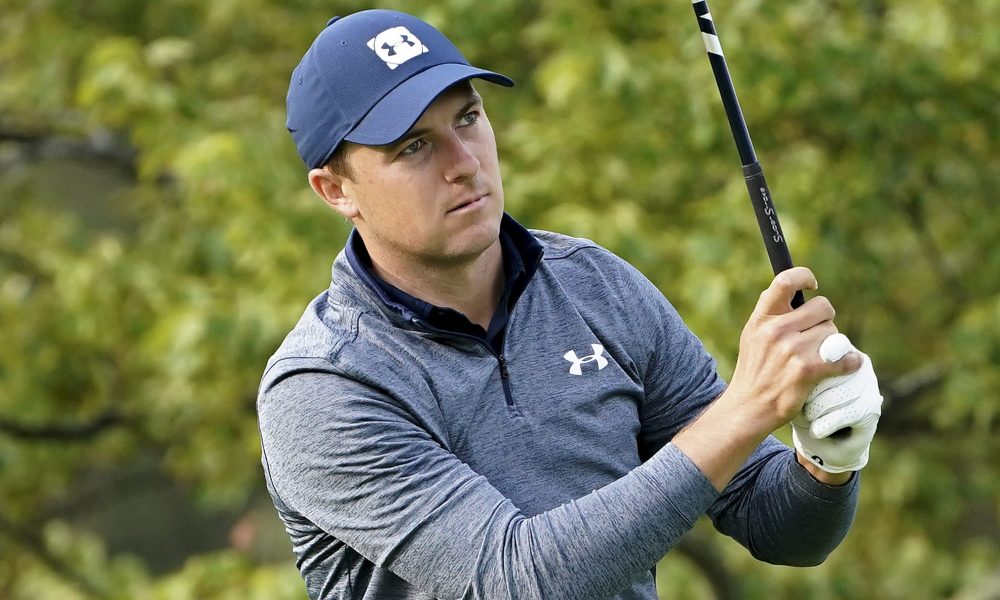 Posted By: Tom Edringtonon: September 17, 2020In: In Other News...No Comments

Phil Mickelson had a dream start Thursday at the U.S. Open — Jordan Spieth’s was a nightmare.

But by the time both had put 18 holes in the record book, both spent the majority of their rounds looking for answers and there were none for Mickelson and few for Spieth.

Mickelson was the worst of the two characters, both struggling to find a swing that can keep the golf ball in play at Winged Foot, which played relatively easy over the course of the first round.

Mickelson started out birdie-birdie and created a lot of false hope.  He lost his first tee shot left but managed to make three.  Ditto on the 477-yard second.  But then things began to unravel with three straight bogeys.  Phil made the turn in 37, just two-over but the worst was coming.  Over his final nine holes he had five bogeys and a double with just three pars for a disgusting 42.  The two nines added up to 79 and Lefty was nearly dead-last on the scoreboard.  Davis Riley and amateur Lukas Michel saved Mickelson from the basement as both had afternoon snowmen — 80s.

There will be no weekend for Lefty, he’ll be making a quick exit once he finishes on Friday when he plays in the morning wave.

As for Spieth, he was up against it right out of the box in the morning.  He three-putted the first green for bogey, then when his tee shot at the second sailed way right, the ball rattled in a tree and was never found.  After the short three-minute search limit, he got a cart ride back to the tee.  He’d end up with double-bogey.  But Spieth proved resilient — he clicked off three straight birdies and made the turn even par — feeling really good about it all.

But the back nine was a roller-coaster.  Two bogeys, a double and a birdie and he’d sign for 73 — not all that bad considering his start.  Unlike Mickelson, Spieth will have a chance to hang around the the weekend.

It was an amateur who had everyone’s attention in the morning round.  Davis Thompson, a senior at the University of Georgia, found himself in a comfortable pairing with Georgia alums Harris English and Brendon Todd.  After opening with five straight pars, the 23-year-old made three straight birdies at six, seven and eight and turned in three-under and vaulted to the top of the leaderboard.  Another birdie at the 11th and he was the solo leader at the U.S. Open.   That glory lasted all of thirty minutes.

A bogey at 13 dropped him to three-under but he still held a share of the lead but the finishing holes took him down — he bogeyed 16 and 17 but still managed to shoot a one-under par 69.  All three players in that group finished in red numbers with Harris and Todd shooting 68s.

“I had a great day.  I’m just excited for the rest of the tournament.  I came here to compete, didn’t come here to be a tourist,” Thompson said.