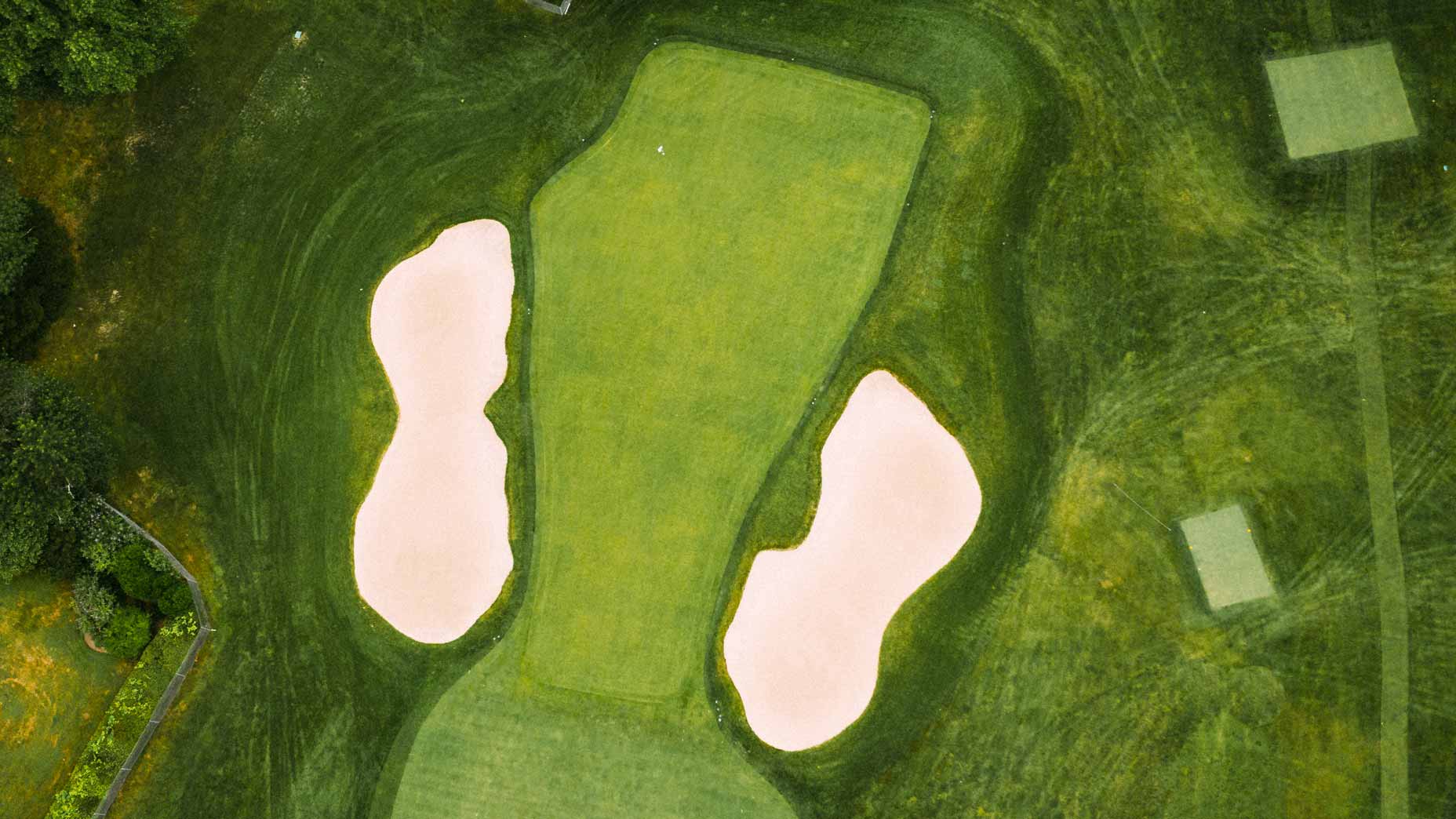 One look at the huge 15th green at Winged Foot and you know you better be a good lag putter.

Posted By: Tom Edringtonon: September 17, 2020In: The Lesson Tee2 Comments

One of the many challenges at this week’s 120th U.S. Open at Winged Foot is putting — lag putting especially.

The greens complexes at the historic A.W. Tillinghast design are, for the most part, very large and that is going to put a premium on lag putting this week.

Today we are bringing in short game guru Dave Pelz to show us some great drills to improve lag putting.  As Pelz points out, too many high-handicap amateurs are high-handicappers because they three-putt too often.

Pelz shows the importance of setting up putting stations at 40, 50 and 60-feet.  You can measure them off with a simple stride on the practice putting green.

Pelz wants us to use three balls and work from these distances until all three balls are within that magic three-foot circle.

At times it’s a tedious practice task but it’s well worth it.

Keep an eye on play this week and you’re going to see the world’s best players with some very, very long putts at Winged Foot — it’s part of the challenge, part of the difficulty.

Putting is one of the most neglected parts of the game when it comes to practice because people would rather try and launch monster drives rather than fine-tune their putting strokes.

Remember — you putt for dough!

And major championships as well.

Get out there and work on it!