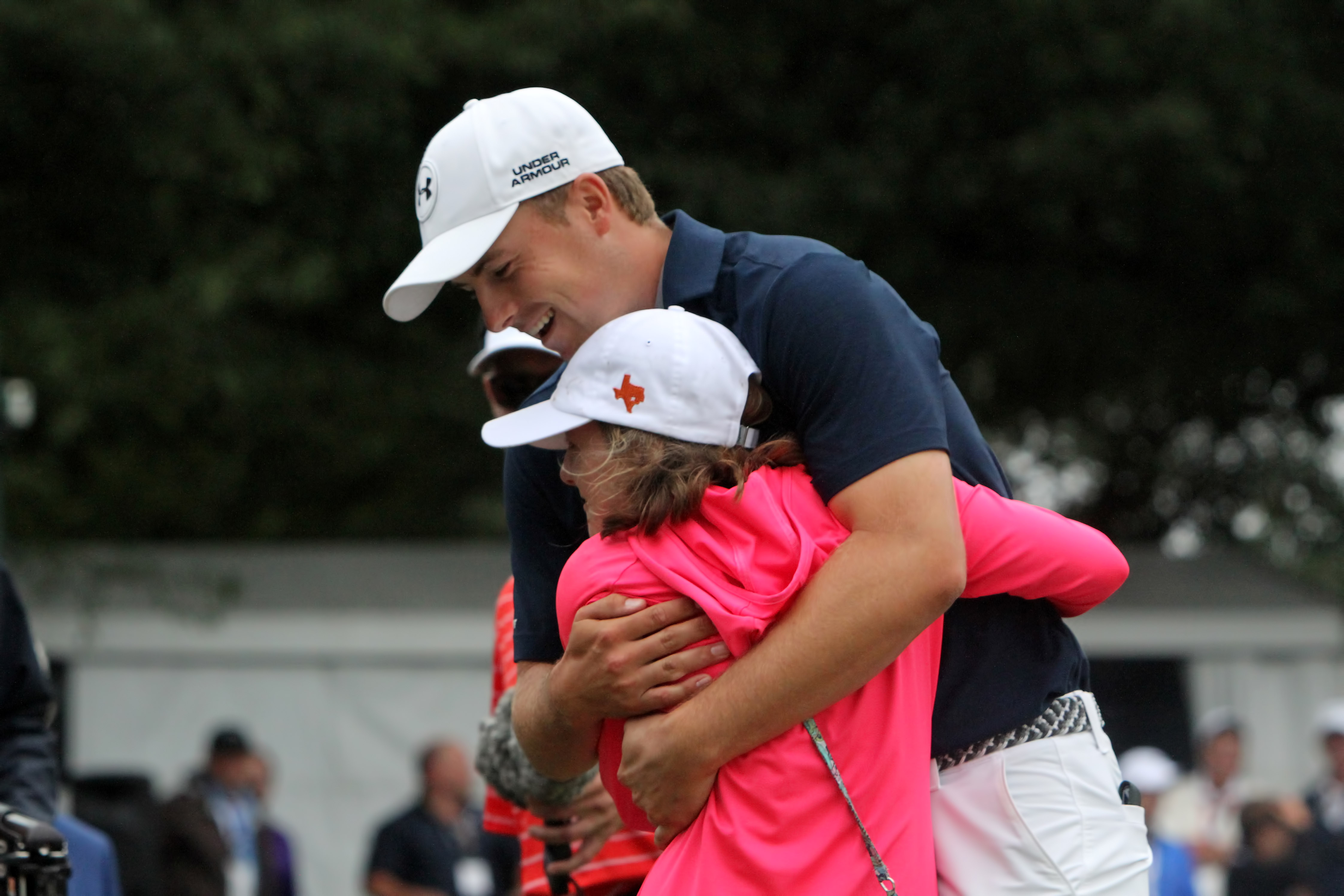 Jordan Spieth gets a victory hug from sister Ellie after his win at East Lake. --AP Images

Jordan Spieth Puts The Icing On A Spectacular Season

The world of golf belongs to Jordan Spieth.

Everyone else is just paying rent.

Jordan Spieth put the icing on a king-size cake of a season Sunday at East Lake. He put a stunning end to the hopes of Henrik Stenson and put a huge exclamation point on a season to remember.

After missing the cut in the first two playoff events and getting his feet back under him in Chicago, Spieth put an end to the Player of the Year conversation with a resounding victory in the Tour Championship, one that set a new record for single season earnings on the PGA Tour.

Sure, Spieth won a tad north of $12 million and pocketed the $10 million FedEx bonus. Certainly it was impressive enough that he put the Masters and U.S. Open trophies on his mantle. What is hard to fathom is that Spieth is 22 years old.

While most guys that age spend too much time playing beer pong, Spieth has established himself as the man to beat anytime he shows up at a major championship or any PGA Tour event.

He’s now the No. 1 player in the world for a second time, his first stay lasted about as long as a Dallas ice storm. Now he’ll have more time to consider what he accomplished this season.

A big observer of Spieth, someone who refers to him as “my man” put it all in perspective this week.

“The way that he can play golf courses is astounding,” said fellow Texas Longhorn alum Ben Crenshaw, twice winner of the Masters. “It’s very, very different to put this year in perspective,” Crenshaw continued, looking at Spieth’s accomplishments. “He (Spieth) has withstood so many things this year.”

Spieth never got lost in the hullabaloo of winning the first two majors. He was a shot away from the British Open playoff and finished runnerup to Jason Day at the PGA. When he missed the cut in the first two playoff events, he was undaunted. “I was watching Jason Day just dominate golf,” Spieth said of the time between the first playoff event and last week at East Lake.

Spieth won Sunday the way he won all year — making more putts than anyone.

It was Spieth’s putting that totally took the air out of Stenson over the final 18 at the Tour Championship. “It’s devastating to the people you’re playing against,” Crenshaw said of Spieth’s putting prowess.

Spieth won all season with better preparation, better wedge play and better putting that the rest of the PGA Tour.

His only problem now will come up with a second act to this incredible season.

Spieth admitted that will be tough.

“But I will sit down with my team and see what we can come up with,” he declared.

Hard to imagine a better season but it was hard to imagine Spieth coming up with a run in the majors like the one we just witnessed.

Is he the man who might win the Grand Slam one of these years?

Jordan Spieth’s season at a glance: