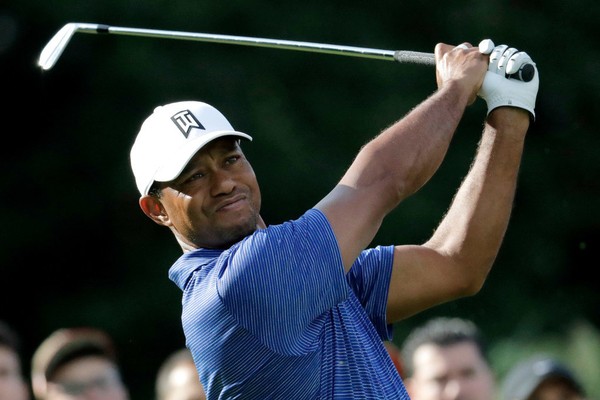 Tiger Woods bounced back with a 66 on Friday.

Justin Thomas started slow on Friday at the Zozo Championship but his putting on the back nine at Sherwood carried him to the 36-hole lead.

Thomas, after shooting a less-than-spectacular 36 going out, lit up the final nine holes with seven birdies and posted a second straight 65.  He’s 14-under and the halfway leader heading into the weekend.

Defending champion Tiger Woods bounced back from a poor start on Thursday to shoot a six-under par 66 but at two-under, he’s 12 back of Thomas and tied for 66th in the 77-player field.

As for Thomas, his work with putting coach John Graham is showing.  “I called Graham on the way home and he said, ‘I’m proud of you, that was a big day,’” Thomas said. “I feel like there’s many, many times when I’ve had a front nine like that in the past where I’m maybe not putting poorly, I’m just making nothing, and then I continue to do that on the back instead of continuing to try to feel like I can make everything and stay in my process and start making some putts.”

Richy Werenski set a tournament record with an 11-under par 61, break the 62 set by Woods during the Hero World Challenge days at Sherwood.  Werenski is at 11-under along with seven others including Bubba Watson and Patrick Reed, both shot 63s.

The weather has been perfect and the pace is torrid.

How low will they go?