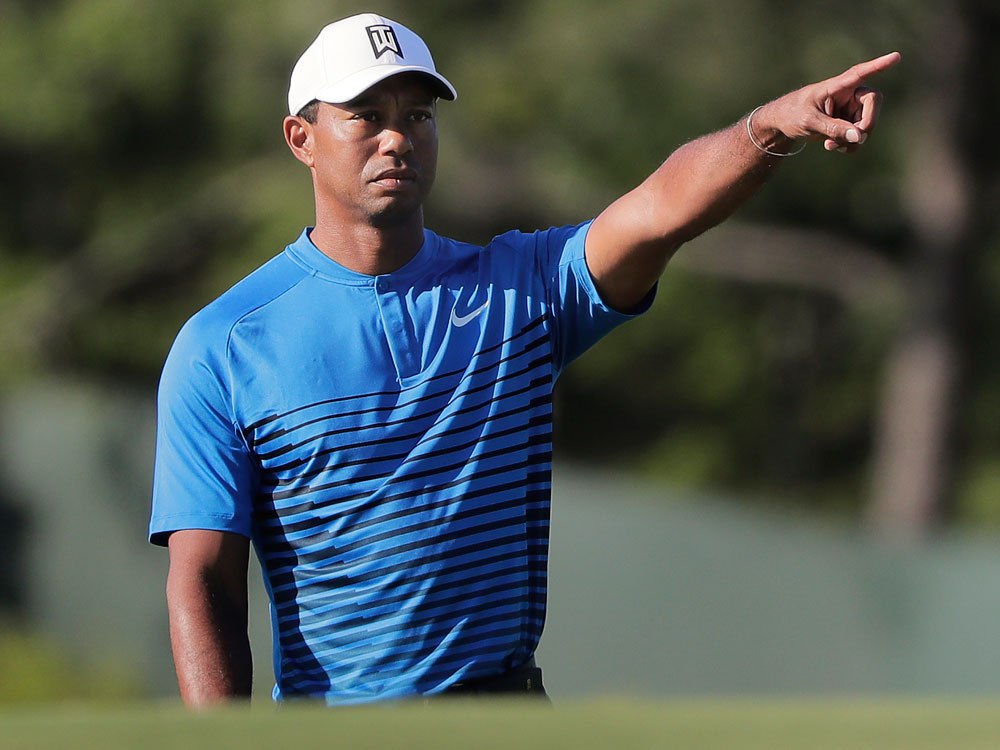 Tiger Woods had a rough day at Sherwood on Thursday.

Once upon a time, Tiger Woods was an absolute dominating force at Sherwood Country Club.

It was his personal Happy Place.  He won his Hero World Challenge five times and finished second another five times on this exclusive enclave north of Los Angeles.

The key word today is “was.”

On Thursday, opening day of the Zozo Championship, moved to Sherwood from Japan due to the pandemic, it wasn’t the opening Woods had in mind.

Everywhere you turned leading up to this week, you saw the question:  Will Tiger Woods make history this week?  That “history” referred to a possible 83rd PGA Tour victory for the defending champion.

The way things turned out for Tiger on day one, that 83rd will have to wait.

Woods was absolutely awful, and that’s giving him some credit.  Awful from the get-go.  He started on the back nine with Xander Schauffele and young Matt Wolff along for the ride.  The round started innocently enough for Woods, a par at the pretty easy 367-yard 10th.  He hit the fairway, had just 109 in and left his wedge 55 feet from the hole — a stark omen of what was to come.  He did two-putt for par but blew his tee shot right into trouble at 11, chipped back to the fairway and made bogey.   He missed another fairway at 12 but managed to hole a five-footer for par.  But at the 13th another poor drive set him up for a double-bogey seven at the reachable (546-yard) par  five.

Sherwood has five par fives and in his prime,  Woods feasted on them.  For Tiger they were par fours, nothing more.  By time he made the turn, he played the three fives on the back nine in a mind-boggling four-over par.  He hit just two fairways, four greens.  He took 14 putts.  His only birdie came when he made a Hail-Mary from 87-feet on the front fringe of the 14th hole.

His final nine hole brought more frustration, more loose shots and a one-over 37 coming home.  It all added up to 76 — his worst-ever round on this golf course.

His stats told a somber tale.  Tiger was dead-last (77th) in strokes gained off the tee.  He was 65th in fairways hit and 72nd in driving distance.  He hit just 10 greens.

Tiger used to make birdies in droves on this course.  Thursday he made only two.

Woods was hoping this would be his final tune-up before The Masters on November 12.  But Thursday’s performance could change that.

“I don’t know if I’m going to play Houston or not. I’m not playing next week, and we’ll see how this week goes and make a decision from there,” Woods said earlier this week after one of his practice rounds.

It was tough to watch Woods struggle.  There are too many highlights over the years, too many great shots, too many victories to see things turn out the way they did on Thursday.

There weren’t any parts of his game that looked anywhere near where they need to be if he wants to be a factor at Augusta National.

The good news among all the bad news from Thursday is that Tiger gets three more rounds.  There’s no cut.

But there won’t be a record-setting 83rd victory.  Not with Tiger Woods sitting next-to-last after that 76.

Not sure anyone expected this, least of all Woods.

Unless he really turns things around over the next 54-holes, we might see him do something he’s never done in his illustrious career — play the week before a major.