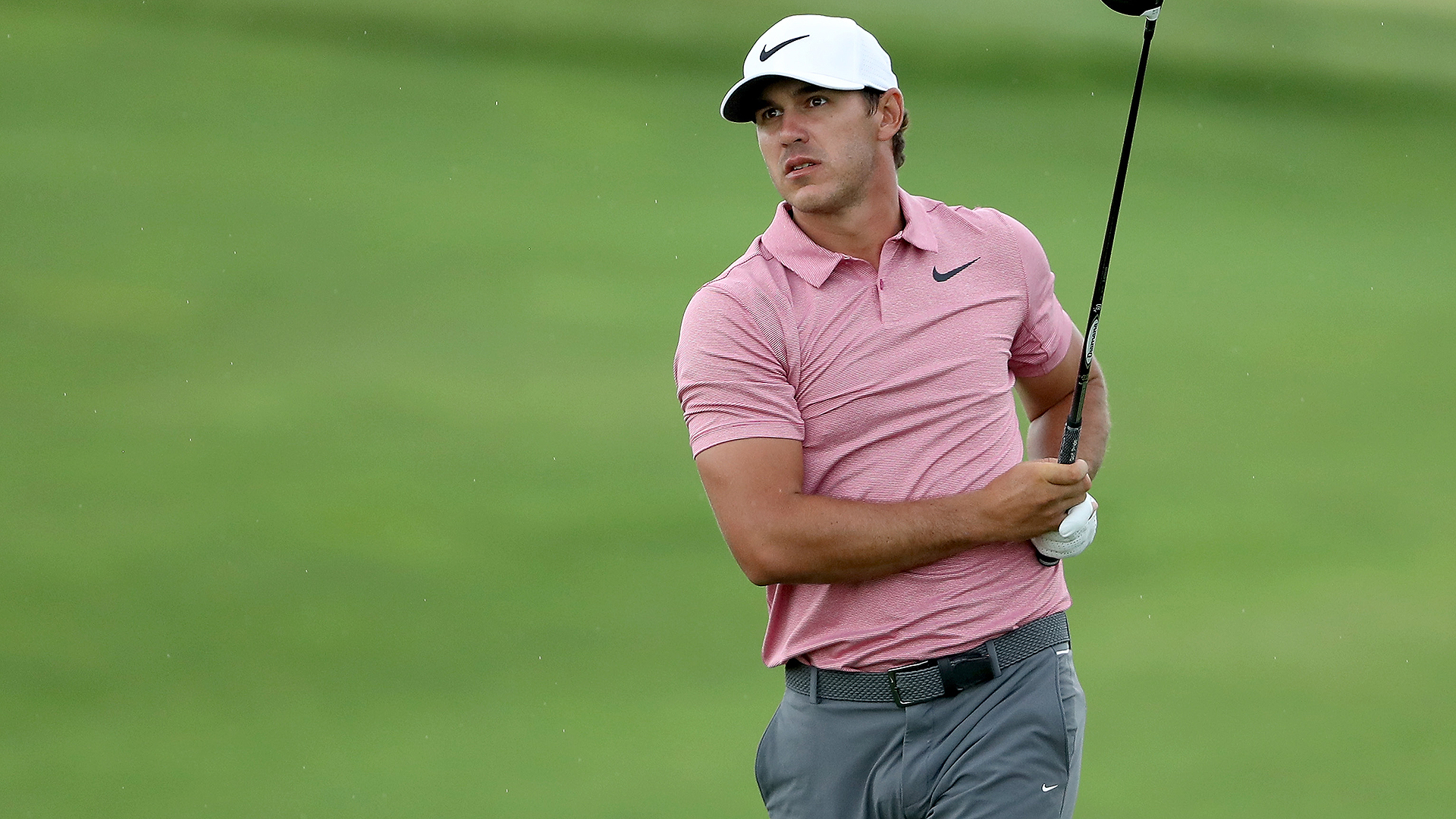 Brooks Koepka found himself tied for 103rd after a so-so first round.

Big names like Brooks Koepka weren’t very impressive during the first round of the American Express Championship Thursday and it was unheralded Brandon Nagy stealing the show at LaQuinta.

Nagy put together an eight-under par 64 on the Nicklaus Tournament course and held a one-shot lead over Ben An.  Nagy has spent most of his time on the Web.com Tour and finished in the top 50 to earn some status on the PGA Tour.  Last week he missed the cut at the Sony.

Koepka wasn’t the only big name who failed to do much on day one.  Rickie Fowler’s 73 on the Nicklaus course left him tied for 120th and he’s on the path he left at the end of 2020, heading in the wrong direction in the World Rankings, where he has fallen out of the top 50, sitting at 60th.

Tournament host Phil Mickelson’s 74 on the Nicklaus course left him tied for 132nd and in danger of missing the 36-hole cut.  Mickelson has his swing coach, Andrew Getson on he bag as his brother Tim is at home where he and his wife are expecting the arrival of their first child.  Mickelson said he’s going to be evaluating his performance in these early events.  “I’m excited to start the year and see if I’m able to continue playing at the highest level.  If I am, I’m going to really try to play more events on the PGA Tour and make a push hopefully for the Ryder Cup,” Mickelson said earlier in the week.  “But if I don’t play well early on, I’ll start to re-evaluate things and maybe play a few more events on the Champions Tour because what’s fun for me is competing, getting in contention and trying to win tournaments.”

Defending champion Andrew Landry will have to really go low the rest of the way if he wants to contend again this year.  He turned in a 70 on the Stadium course and found himself tied for 61st.

Last week’s winner at the Sony, Kevin Na, played like he had the old victory hangover.  He shot 75, three-over on the Stadium course and may be headed home early come late Friday.

The tournament lost its biggest name early in the week when Jon Rahm withdrew.  At first no reason was given but Rahm later revealed that he hurt himself during a gym workout last week, saying he “tweaked” something and was simply being cautious.

Goosen Opens With 10-Under 62 At Mitsubishi:

Retief Goosen opened with a birdie barrage at the Mitsubishi Electric Championship, he went double-figures with 10 and signed for a 62 as the Champions Tour opens 2021.

As good as that round was, he was just a shot in front of Darren Clarke, who fashioned a nine-under par 63 at Hualalai.

Jerry Kelly and Scott Parel were in at eight-under par.