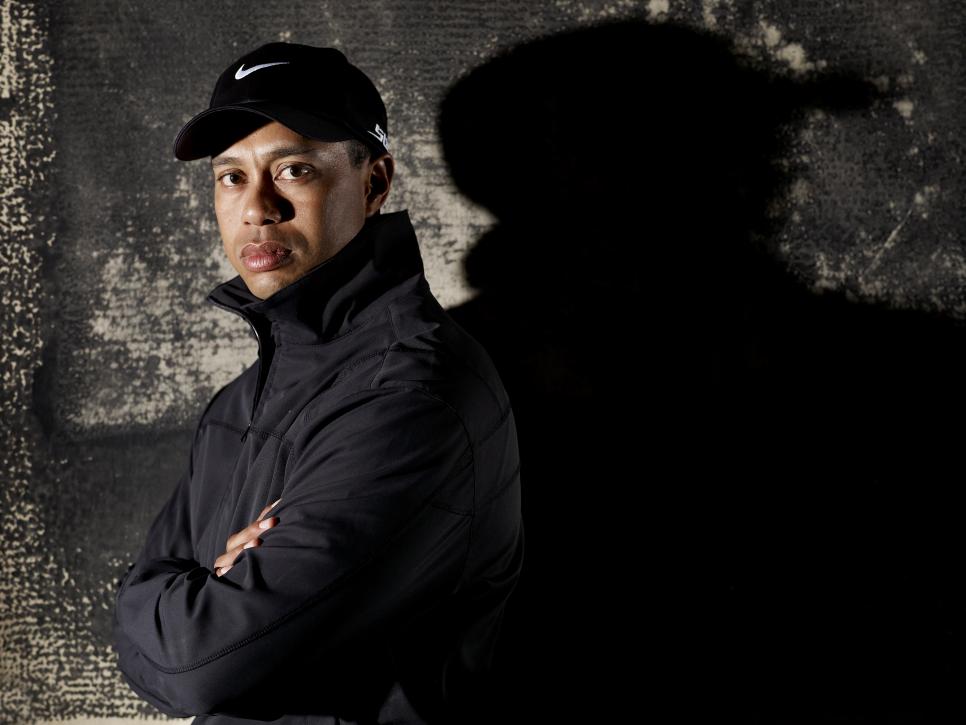 Tiger Woods now has the shadow of a fifth back surgery following him.

Tiger Woods has always been the super-human star.

His has arguably the best overall resume in the history of the game.  His impact on the sport rivals the days of Palmer, Nicklaus and Player.

He has boosted purses on the PGA Tour to astronomical sums.  He’s created an entire new generation of PGA Tour millionaires.  In the process, Woods himself has amassed a net worth approaching 10 figures — as in a billion.

But today’s he’s as fragile as anyone who has endured countless surgeries.  He underwent his 10th earlier this week — and that includes the fifth cut on his always-questionable back.

Basically anytime anything like this happens to Eldrick T. Woods, the golf world stops and tries to figure out what’s next for the 15-time major champion.  This latest development doesn’t come as a surprise.  In his own round-about way, Tiger has hinted that he’s on a pitch count.  His days on the PGA Tour have an expiration date and it’s getting closer.  Only Woods himself knows, only he can sit down, look at himself in the mirror and decide what his future might look like.

There are a lot of knee-jerk reactions out there.  The only way to reasonably assess the future for Tiger Woods is to look at his immediate past.

Microdiscectomy is a now familiar word in his health category.  It would take you a long time to go over his physical history, the surgeries, the thousands of hours of tough rehabilitation, the hours of practice that have to be limited to accommodate a body that simply cannot endure the practice routines that made him the world-beater he once was.

It’s sad that the first thing folks are talking about is his return.  Everyone’s pointing to The Masters as if they know how long it will take for Tiger to be fit again.  And that’s where the uncertainty comes in.  Uncertainty as in the battle with Father Time.  The problem with that is that Father Time is an undefeated opponent.  He’s taken down the best-ever, the GOAT in every sport, in every generation.  Tiger’s gotten the best of just about everyone in the game at one time or another but Father Time is one he cannot.

Woods has proven the naysayers wrong so many times and that 2019 Masters victory was the ultimate.  But the problem is that everyone’s expectations from Tiger Woods are unlike expectations put on anyone else in the game these days.

His doctors will tell you this latest surgery was a success.  With today’s medical advancements, Tiger has been rebuilt to the tune of double-digits when it comes to undergoing the knife.

This latest setback started when he played with son Charlie at the PNC Championship last December.  The weather was cool and that’s never a good thing for Tiger.  He’s like that NFL injury report that labels players as “day-to-day.”  Truth be known, at this stage of his career, Tiger is always “day-to-day.”  He’s told us there are some mornings when movements are slow and more difficult than others.

No telling how long it takes him to get ready for an early morning tee time.  Typically he’s up no later than 4 a.m.  Takes hours to loosen him up.

So now he’s faced with yet another “rehab” period.

To be fair, two months is a quick timeline.  All sorts of experts weigh in on that.

McIlroy, who is starting his 2021 season in Abu Dhabi this week, deemed it a small procedure:

“Tt was a small procedure,” McIlroy said. “Obviously, any time you’re being cut into — you try to avoid that as much as you can. But he was back on his feet the next day, so I don’t think we can read too much into it. I think they were just trying to clean a couple bits up.”

Note to Rory — it’s only a “small procedure” when it happens to someone else.

With Tiger, it’s yet another move to block a punch from Father Time.

And this sort of thing can’t last much longer for Tiger.

If he had anything to say to us today, he’d reach for his all-too-familiar line: