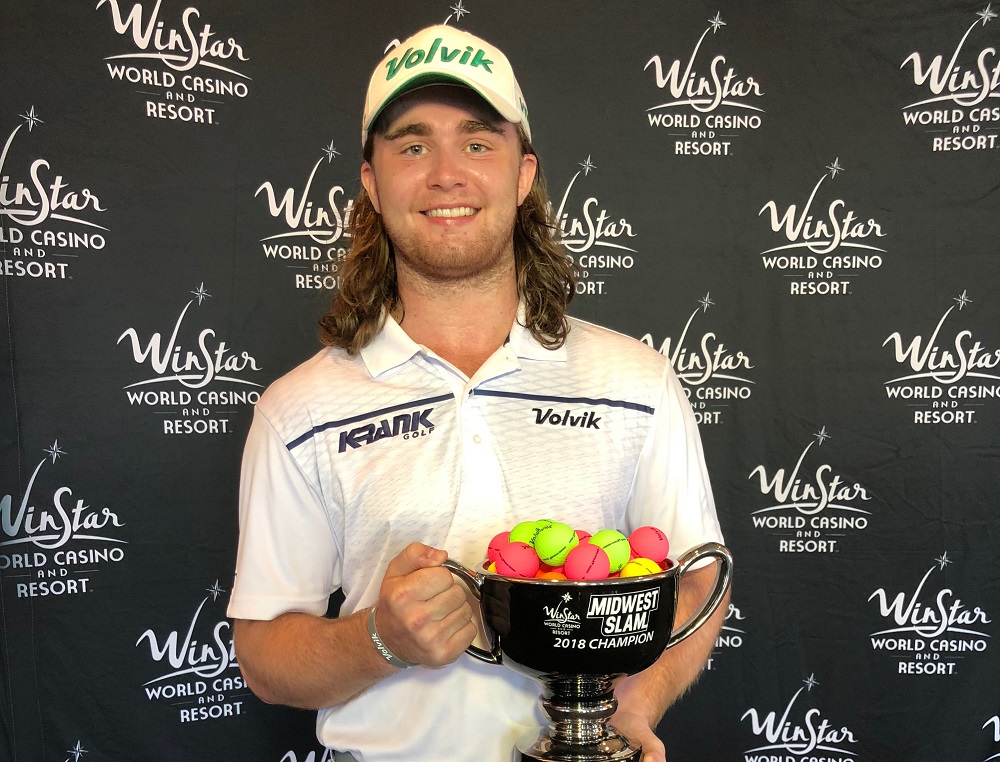 Posted By: Tom Edringtonon: September 05, 2019In: In Other News...No Comments

The new longest-of-the-long is mighty Kyle Berkshire, who once  played college golf at the University of Central Florida in Orlando.

Berkshire won the World Long Drive championship Wednesday night in Thackerville, Oklahoma.  The finals against two-time champion Tim Burke against Berkshire.  After watching Burke come up with a best of 374-yards with eight tries, Berkshire stepped up and on only his fourth ball, ripped one past the 400-yard mark — 408.

The finals matched No. 1 vs. No. 2 in the rankings in Berkshire and Burke.

This feels awesome,” said Berkshire. “It’s validated a lot of the hard work and sacrifice I’ve put in to being the best, and I am the best right now. I look forward to raising that bar.”

Berkshire faced England’s Jordan Brooks in the semifinals, where he connected on a 423-yard drive that put him into the championship match with Burke.

Burke played high school golf in Maryland and was an All-American.  He led his team to the state championship his junior year.  He played at North Texas before transferring to UCF.

“That was unbelievable,” said Garner. “I felt really good going into it. I felt like I had found a good rhythm. I think maybe Phillis felt a bit more pressure having to back up those titles, whereas I was able to let loose.”

The 28-year-old South African advanced to the championship match after hitting the grid only twice in the semifinals against Alexis Belton, but her 346-yard drive was enough to propel her toward a rematch with Meti.