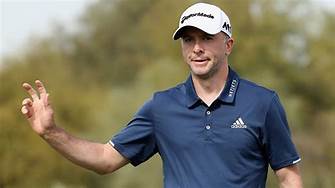 Martin Laird's 65 put him in the final pairing with Pat Cantlay.

Laird, Cantlay Get To 20-Under Thru 54 At Shriners

The all-out assault on TPC Summerlin continued on Saturday with Martin Laird and Pat Cantlay leading the way.

Both Cantlay and Laird were part of the 36-hole lead and they separated themselves as both shot 65s to get to 20-under par with 18 holes to play.

Laird is trying to end a seven-year win drought.  His last victory came at the 2013 Valero Texas Open.

Scoring star of the day was Matt Wolff, who had three back nine eagles that helped him shoot a 10-under par 61.  After shooting “only” 33 over his first nine holes, it didn’t look like it was going to be that kind of round for Wolff.  But he caught fire on the back starting with a hole-out from the fairway for eagle two at the 11th.  At the 13th, the made a 17-footer for eagle three then he drove the par four 15th and holed for 15-footer there for his third eagle of the nine.

“I feel I’m rotating a little better,” Wolff explained.  “I’m more comfortable with each shot.  It was a little frustrating on the front nine but three eagles on the back propelled me.

His great round put him in a group just two back of the leaders.  Joining Wolff at 18-under were Wyndham Clark (65), Brian Harman (67) and Austin Cook (67).  Defending champion Kevin Na’s 64 got him into contention and Will Zalatoris continued his quest for the Tour card as he joined Na at 17-under with a 64 of his own.

Bryson DeChambeau had all sorts of trouble on his first nine.  Two double-bogeys dragged him out of contention and he had to play well on the back nine just to shoot even par 71.  But that dropped him all the back to a tie for 31st.