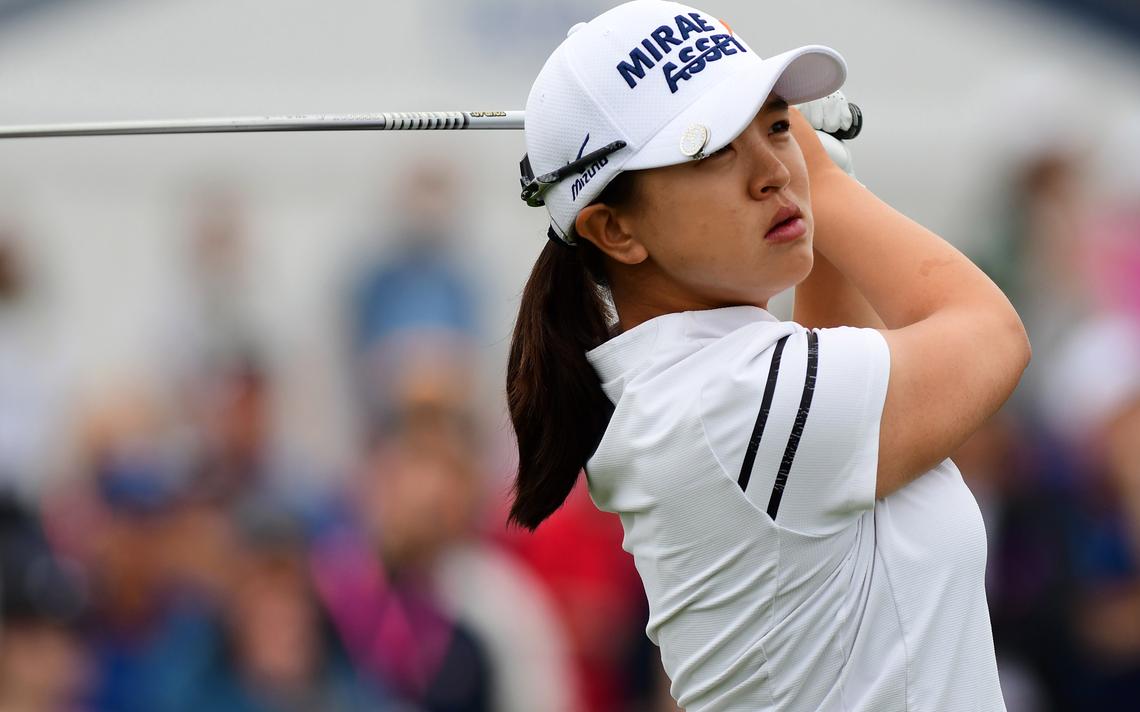 Sei Young Kim takes a two-shot lead into Sunday's final round at Aronimink.

Sei Young Kim’s steady play at testy Aronimink on Saturday has her on the doorstep of her first major championship.

Kim’s 67 on moving day at the Women’s PGA Championship got her to seven-under overall and she’ll take a two shot lead over Brooke Henderson and Anna Nordqvist into Sunday’s final round.

Kim could have made it a three-shot margin but she three-putted the 18th from the back fringe to finish her day.  Still, she was the steadiest in the final group.

Brooke Henderson will take a lot of momentum into the final 18 after her 65 on moving day got her to five-under.  She stands there with Anna Nordqvist who dropped a shot with bogey at the closing hole for 68.

The most experienced challenger behind Kim is fellow South Korean Inbee Park, a Hall of Fame player and owner of seven major championships.  Park was cool and calm, her usual demeanor as she put up a four-under par 66.

Bianca Pagdanganan equaled Henderson’s 65 and was alone at three-under while Mina Harigae (66), Jennifer Kupcho (71), Carlota Ciganda (71) and Gaby Lopez (58) were all in at two-under, five back of the leader.

Danielle Kang virtually took herself out of contention with a bogey-bogey-bogey finish for 73 as she appeared to be fighting a stiff neck.

The tournament is Kim’s to lose.  She’s an experienced player who won the CME Tour Championship event last year in Naples and the $1.5 million prize that went with it so she’s no stranger to big-time pressure.  With 10 LPGA wins, she’s regarded as perhaps the best player on tour without a major.

She can change that on Sunday.