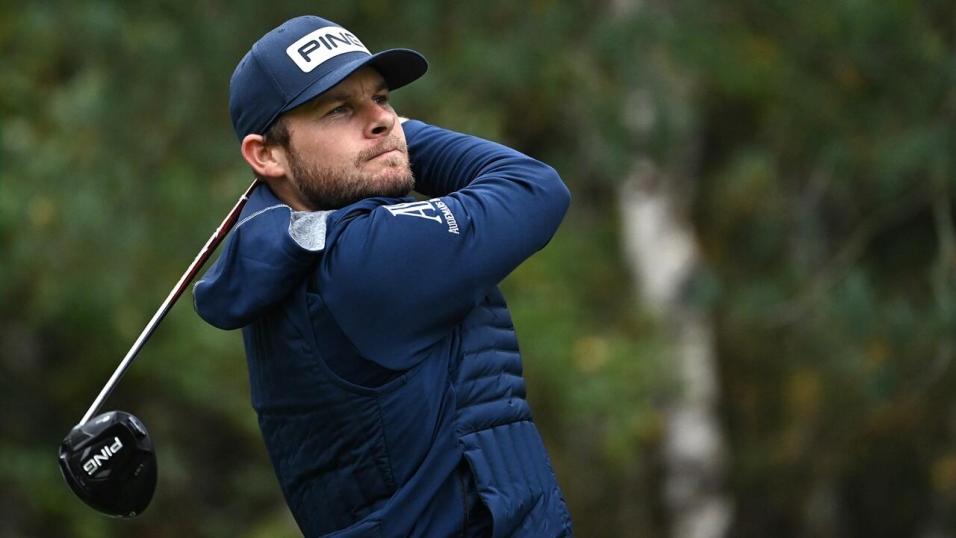 Tyrrell Hatton's win at Wentworth moved him into the world's top 10.

Tyrrell Hatton Gets His Dream Win At BMW PGA

Tyrrell Hatton got the victory he’s dreamed about since he was five with a closing 67 on Sunday that earned him the BMW PGA Championship.

His mother sent him a picture of him as a five-year-old standing next to the 18th green at Wentworth.  By late afternoon, he stood next to that same green as a three-time Rolex Series winner.

Hatton gave himself an early birthday gift as he turns 29 on Wednesday.  He finished with a 67 jfor a 19-under par total, four clear of runnerup Victor Perez of France.

Perez pushed Hatton from the start.  Thanks to an eagle at the par five fourth, Perez made the turn in four-under then added birdies at 11 and 12 to get within a shot of Hatton.  But Hatton didn’t falter.  He countered with three straight birdies starting at the ninth that put Perez on notice that this was Hatton’s event.  The writing was on the wall when Perez bogeyed the 13th then made another sloppy bogey on the par five 17th to hand Hatton a three-shot lead going to the final hole.

Hatton finished in style with birdie at 18 to put the icing on his victory cake.

“I was actually more nervous out there today than I was at the Ryder Cup,” Hatton admitted.  “I struggled a little bit with my rhythm all day — probably the worst I swung the club out of the four days but I ground it out.

“It’s amazing,” he said of this win, one of the European Tour’s biggest events.  “This was a career goal of mine.”  When informed that he would break into the top 10 in the world rankings, he said, smiling “It’s unbelievable to win the trophy and jump in the rankings at the same time.”

Perez closed with 68 and his 15-under effort gave him solo second.  Andy Sullivan’s closing 65 tied him with Race To Dubai leader Patrick Reed for third at 14-under .