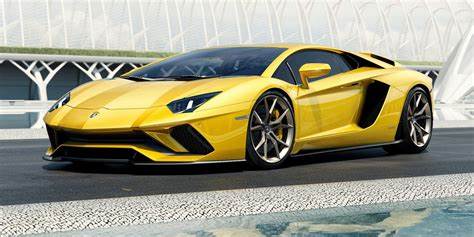 The Pelican Championship had a special surprise waiting for ladies who might ace the 150-yard or thereabouts par three 12th hole at the next-to-last stop for 2021 on the LPGA Tour.

Holes-in-One would get a fortunate player a two-year lease on a super-car — a Lamborghini.

First there was Su Oh (owner of the shortest name on the LPGA Tour).

Oh lives in Australia and doesn’t a car here in the U.S. or back at home for that matter.  She gets around in a rental with Hannah Green when she’s in America and borrows her parents’ Volkswagen when she’s in Melbourne.

On Sunday Oh was the first player of the day to take a swing at the par-three 12th.  She hit a smooth seven-iron from 157 yards and became the third player to win a two-year lease.

“I would actually love it if I could take it to Australia,” she said, “but I don’t think that’s going to work.”

Austin Ernst was the first player to ace No. 12 during Monday’s pro-am.  She took a test drive around the parking lot on Friday but, as of Sunday, said she hadn’t yet talked to the dealership about the details of insurance or a cash-out option.

Pavarisa Yoktuan was the second player to ace the 12th.

Thailand’s Yoktuan took a test drive herself on Sunday, but said given how much she travels,  it didn’t make sense to pay the insurance on it.  She didn’t get an official quote, but heard the lease was worth at least $60,000 for two years.  “But I don’t think it’s that cheap,” she said. “I think it’s probably more.”

Jon Rahm stunned the European Tour Sunday when he announced that he will not compete in this week’s season-ending DP World Tour Championship in Dubai.

“After lengthy discussions with my team, I have come to the difficult decision not to travel to Dubai next week.  The demands of a long season with many ups and downs has taken a lot out of me. I feel I need to take time to recharge my batteries while spending quality time with my family.

“I would like to take this opportunity to wish DP World and the European Tour all the best for the season-ending event, which is always such a special tournament. I would also like to reiterate my congratulations to both for the announcement of the DP World Tour earlier this week, and I look forward very much to competing on the DP World Tour next year.”

Rahm was third overall in the Race To Dubai points list.

Open champion Collin Morikawa and BMW PGA winner Billy Horschel are one-two on the list, setting the stage for either of them to become the first American to win the European Tour’s season-long title.

Ryder Cuppers Tyrrell Hatton, Matthew Fitzpatrick and Paul Casey, along with Australian Min Woo Lee, who won this year’s Scottish Open, trail Morikawa and Horschel in the Race to Dubai standings, though, the two Americans would likely have to implode in Dubai for them not to take home the title.

Denmark’s Joachim B. Hansen knew how to close the deal in Dubai on Sunday and a bogey-free round of 68 on the Fire course at Jumeirah Golf Estates earned him his second victory on the European Tour.

Hansen entered the final round of the Dubai Championship with with a share of the lead with Francesco Laporta.  Hansen birdied the first hole, took the lead and never gave it back.  He held off Laporta and Austrian Bernd Weisberger to finish at 23-under par, good for a one-shot victory.

Wiesberger birdied five of his last seven holes for a closing 65 while Laporta was applying the pressure all day in a bogey free 69.

The win moves Hansen to 43rd on the Race to Dubai Rankings and put him in the field for this week’s season ending DP World Tour Championship, Dubai.