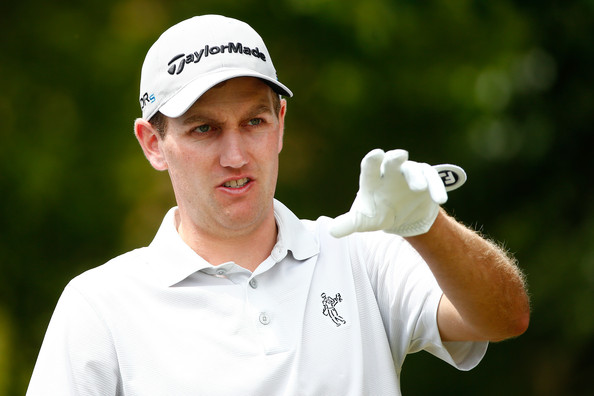 Brendon Todd's Saturday 61 got him to 17-under through 54 holes.

For two days at The Travelers, that old Phil Mickelson magic showed up.

On moving day, Saturday, he got lapped like a race car out of gas.

While Brendon Todd and Dustin Johnson went wild with third round 61s at TPC River Highland, 36-hole leader Mickelson was stuck in neutral.

Mickelson, whose rounds of 64-63 moved him into the 36-hole lead, found himself pancake-flat on day three.  All Lefty could muster was a one-over par effort that dropped him way down the leaderboard at 12-under par.

Todd’s nine-under effort moved him to 17-under and he’ll start the final round two shots clear of hard-charging D.J., whose 61 left him alone in solo second.

Tee times for Saturday were moved up to early morning to avoid afternoon thunderstorms in Cromwell.  Todd took advantage of no wind, soft green and a game hitting on all cylinders as he birdied half the holes.  Ditto for D.J., nine birdies on a perfect, bogey-free scorecard.

“It always could have been better,” Johnson said after posting the best round of his career.  “Every hole, I felt like I was giving myself an opportunity to make birdie.”

Johnson, who turned 36 last Monday, is looking to claim his 21st PGA Tour title, his first in 16 months, since he won the WGC-Mexico Championship in February of 2019.

Kevin Streelman’s 63 took a back seat to the two lowest rounds of the week but he settled in at 15-under, just three off Todd’s lead heading into Sunday.

First round leader Mackenzie Hughes was alone at 14-under after shooting 68 while Bryson DeChambeau and Kevin Na were in at 13-under.

Mickelson, who managed just two birdies on the day, ruined his card with three bogeys on a day where not much worked for the 50-year-old who is looking for his 45th tour victory.