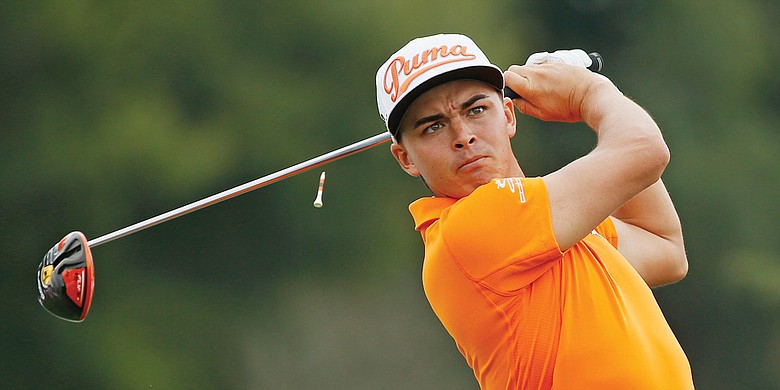 After missing two straight cuts and skipping The Travelers, Rickie Fowler is back in action this week.

The last three events on the PGA Tour have been graced with most of the top players in the world.

This week in Detroit is a different story.   Only two players from the world’s top 10 are in the field — No. 5 Webb Simpson and No. 7 Patrick Reed.  Simpson is back after withdrawing from The Travelers.  He went home when he heard a family member had tested positive for COVID-19 but Simpson said over the weekend that his family had all tested negative.

Bryson DeChambeau will be at Detroit Country Club, going for a fourth-straight top 10.

Rickie Fowler, the brand ambassador for Rocket Mortage, returns to action after missing two straight cuts for the first time since 2016.

Another PGA Tour player has tested positive for COVID-19.

The PGA Tour announced Sunday night that Frittelli, who missed the cut at the Travelers Championship, came up positive in the Tour’s pre-charter flight screening. He has withdrawn from next week’s Rocket Mortgage Classic and will enter self-isolation.

“I am experiencing no issues and feel great physically and was surprised and disappointed to learn of the positive test today,” he said in a statement. “I’m thankful for the WHOOP strap notification of a minor increase in my respiratory rate overnight. However, I’m most thankful for the Tour’s assistance, procedures and protocols, which I will continue to follow during my self-isolation, so as to keep everyone safe. I look forward to getting back on Tour once it’s safe to do so.”

Fritelli will collect the PGA Tour “stipend” of $100,000 while he self-isolates.

Frittelli played with J.T. Poston and Ian Poulter for the first two rounds at The Travelers.  The Tour said in its statement that “after conducting the necessary contact tracing, the Tour’s medical advisors are not recommending any additional testing at this time.”

Frittelli is the fourth Tour player to test positive for COVID-19, following Nick Watney, Cameron Champ and Denny McCarthy. Champ announced via his Twitter page on Saturday his positive result last week was followed up by three consecutive negative results, allowing him to travel home.

The USGA, after selling its soul to the devil, aka Fox Sports, has struck a deal for NBC to take over its golf broadcasts.

The USGA and NBC made it official on Monday.

The USGA, effective immediately, the broadcast rights for its championships have transferred from Fox Sports to NBC.

Financial terms of the transaction were not disclosed, but NBC will assume the remainder of the contract, through at least 2026.

NBC televised the U.S. Open from 1995 through 2014 before Fox won (overpaid for) the rights with a 12-year deal that was reportedly worth about $1 billion.

“Partnering with NBC Universal, including Golf Channel, gives us an unparalleled opportunity to connect and engage with the core golf audience more directly and routinely, and as a non-profit, to continue to have a significant and lasting impact on the game,” USGA chief executive Mike Davis said as the USGA reclaimed its broadcast soul.

From day one, Fox was a laggard compared to other networks when it comes to golf.

Kyle Jones birdied the second hole of a playoff Sunday to win the Utah Championship on the Korn Ferry Tour.

Jones, Paul Haley II and Daniel Summerhays were tied at 20-under after 72 holes.  Summerhays shot 62 on Sunday to get to 20-under.

In the playoff, Summerhays was eliminated when he made bogey on the first hole.  Jones won with birdie on the second playoff hole.