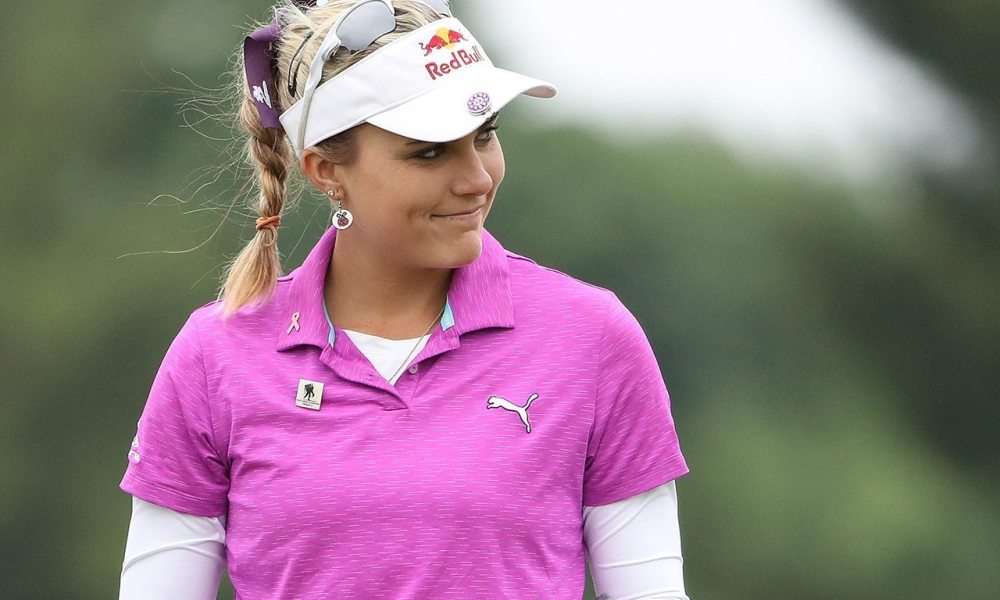 Lexi Thompson had the first bogey-free round of the tourament.

Lexi Thompson was cool and calm for 18 holes on moving day at the 76th Women’s U.S. Open and her demeanor and shot-making helped her climb to the top of the leaderboard through 54-holes at the Olympic Club.

Lexi was flawless with 13 pars, five birdies and a putter that looks better than it has, maybe ever.  She recorded the first bogey-free round of the tournament.

She started the day four shots back of 36-hole leader Yuka Saso but was simply the best player on the course, hitting fairways, greens and giving herself plenty of birdie opportunities.  She hit two great shots into the par five 17th and barely missed a nine-footer for eagle.

“It’s tough,” said Thompson of the conditions. “The rough is super thick. They say that there’s a first cut, but the first cut is about four inches.  That’s how major championships should be.  I played solid today and I’m just going to try to take it into tomorrow and just focus on one shot at a time.

“It helps just to have that experience,” said Thompson, whose four top-10 U.S. Women’s Open finishes include a tie for second two years ago at the Country Club of Charleston and a T-5 in 2018 at Shoal Creek. “For me, it’s no different mindset going into tomorrow. I’ve been working extremely hard on my game and the mental side.

“It’s definitely a little bit more intense than any other tournament on a Sunday. But like I said before, I love playing in front of the fans and everything.”

Thompson will go into the final 18 looking for her first win in this major championship.  She’s a shot in front of Sasol, who shot an even-par 71 and they will play together in the final pairing.

Seventeen-year-old Megha Ganne continued to be a show-stealer.  She didn’t have her best stuff during the third round but put on a scrambling display worthy of a polished professional as she scratched out a one-over par 72 that tied her for third with former U.S. Open champion Jeongeun Lee6.  Ganne and Lee6 will play in the penultimate pairing.

Shanshan Feng’s 72 left her as the only player at two-under par, a shot in front of Nasa Hataoka and Megan Khang.  Hataoka shot 71, Khang, 74.

That made a total of only seven players under par after three difficult trips around the challenging Lake Course.

Two-time U.S. Open champion Inbee Park was the only player in at even par after a round of 73.