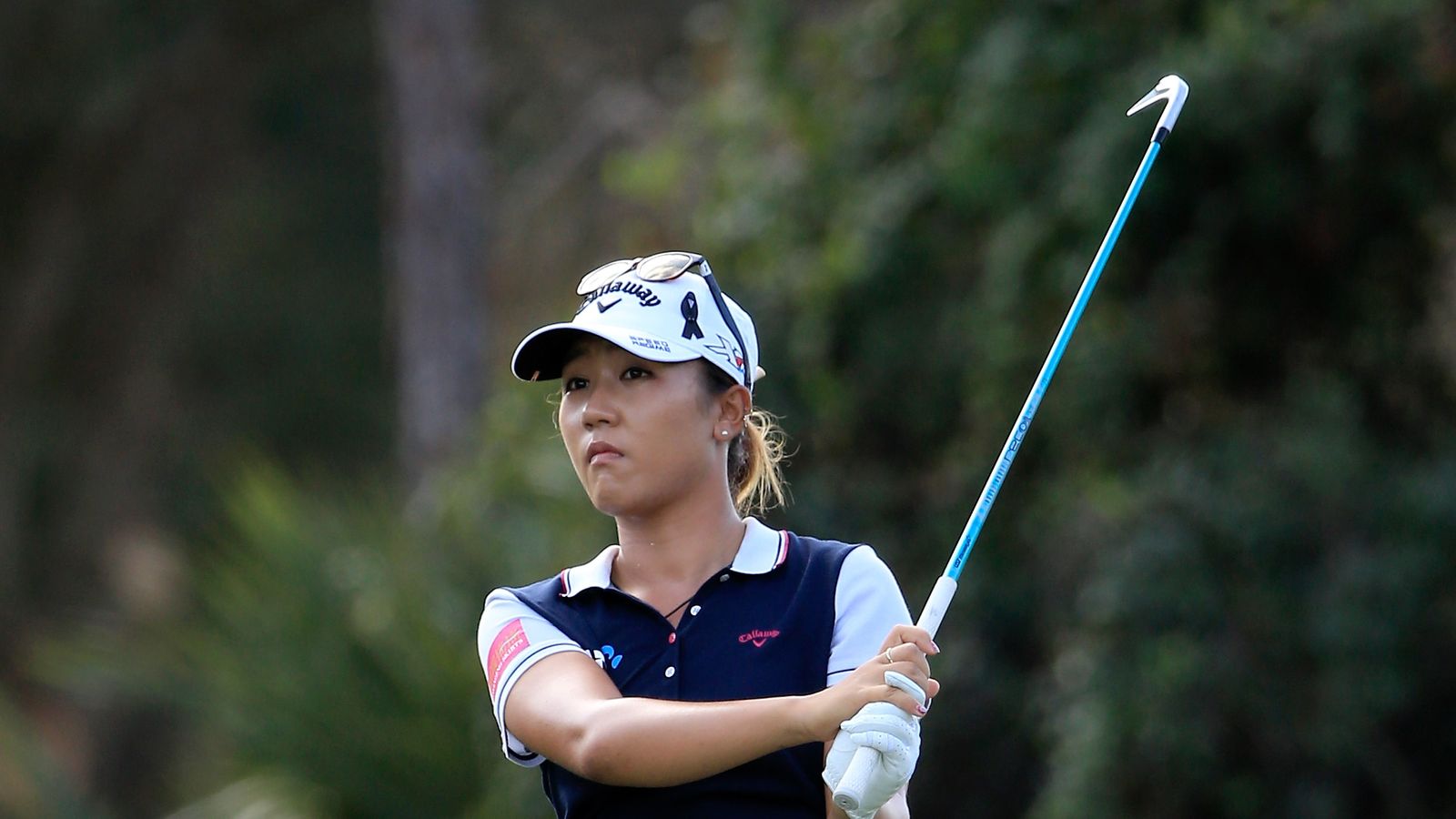 Lydia Ko hasn't won on the LPGA Tour since April of 2018.

Lydia Ko was a superstar in the making on the LPGA Tour until she quit winning back in 2018.

Lo and behold, she showed up in a big way Thursday at Lake Nona and grabbed the first round lead at the Gainbridge with a seven-under par 65.  She was two shots better than fourth-ranked Nelly Korda, whose 67 had her tied for second with Norway’s Nanna-Koerstz Madsen.

Ko set the tone for a really good day in the Florida sun when she holed her approach to the par four first for an eagle two.  She went on to add six birdies and a single bogey.  Ko was on her way to Hall of Fame numbers early in her career as she won 15 times, including two major championships.

World’s No. 1 Jin Young Ko got right in the mix with an opening 68.  She was in a group of seven at four-under.

A lot of eyes were on Hall Of Fame and retired superstar Annika Sorenstam, who lives at Lake Nona.  Annika had one bad hole that led to a three-over par 75.  She made triple-bogey seven at the par four fifth.  Fifteen pars, one birdie and one bogey rounded out her day’s work.  Sorenstam was simply glad to be on the course.  “This is not a comeback. It’s an appearance. And I’m just thrilled about that,” said Sorenstam, who has made Lake Nona her home for 21 years and it was the main reason she decided to play for the first time since she retired in 2008.

World’s No. 2 Sei Young Kim opened with an even par round of 72.  Jessica Korda, winner of last month’s Tournament of Champions, shot 71 while fifth-ranked Danielle Kang found herself tied for 53rd after shooting 73.  Defending champion Madelene Sagstrom struggled on her way to a 77.

The PGA Of America made a decisions this week to allow 10,000 fans per day to attend the second major of the season in May.

The 2021 PGA Championship will be played at the Ocean Course on Kiawah Island and will host the largest number of spectators since COVID-19 restrictions created empty courses during PGA Tour events.

The championship will be played May 20-23.  The decision was made in coordination with the state of South Carolina, MUSC Health (the official medical services provider of the 2021 PGA Championship) and the Centers for Disease Control and Prevention.

“We’re excited to welcome spectators back to the PGA Championship this May in a way that is responsible and aligned with current South Carolina health protocols,” said PGA of America President Jim Richerson.  “While we wish we could accommodate the sellout crowds who had purchased tickets, the 2021 PGA Championship will be steeped in gratitude as the best players in the world compete on the historic Ocean Course at Kiawah Island Golf Resort.  While crowds will be smaller than originally planned, we know the passion for golf in the Carolinas will create a memorable atmosphere on-course and excitement throughout the region.”