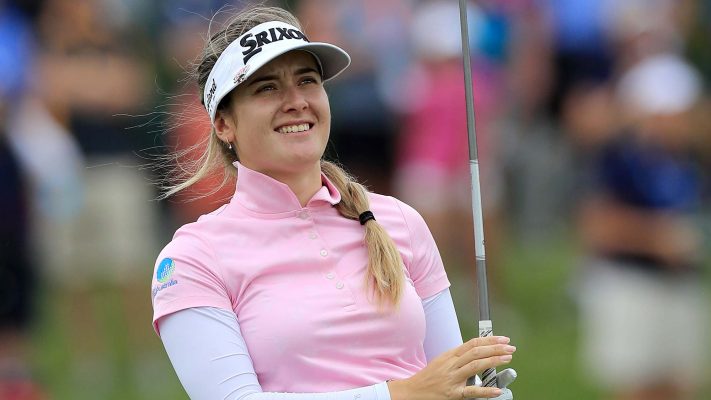 Nelly Korda and Jin Young Ko have unfinished business and there’s a lot at stake in Naples this week at the LPGA Tour’s season finale — the CME Group Tour Championship.

There’s a lot for the ladies to get excited over — total purse this week is $5 million with $1.5 million of that going to the winner on Sunday.  That sort of money is a weekly occurrence on the PGA Tour but in the ladies’ realm, it’s a big number.

Last week Nelly Korda went back to No. 1 before teeing it up and eventually winning the Pelican Championship.  Jin Young Ko comes into this week at No. 2 in the world but she leads Korda in the Race To The CME Globe by fewer than 100 points.  But it doesn’t matter.  The format for this season-ender was changed two years ago and the field went from 72 to just 60 players and points are reset so that whoever wins on Sunday, also wins the Race To The CME Globe.

One player enters this week already $1,000,000 richer and that’s Aussie Hannah Green.  Green won the season-long Aon Risk-Reward Challenge.  Said challenge rewarded the player who made the best decisions on some of the Tour’s most strategically challenging holes.  For those holes, Green birdied 72 percent of them and eagled 10 percent.  There were a minimum 40 rounds required.  Green never made worse than par on any of the challenge holes — most all were par fives.

And for that, well, Hannah’s now got a spare million.

As for that $1.5 million, it has everyone’s attention.  “Everyone would get a really nice Christmas present,” Pelican champion Nelly said earlier this week as she arrived to practice at Tiburon Golf Club.  “I mean, it would be crazy to win that ($1.5 million),” she added.

There are other honors up for grabs as well — Rolex Player Of The Year and the Vare Trophy.

With 30 points handed out to the winner this week, Ko can pass Korda with a victory. She can also win Player Of The Year honors by finishing second (12 points) if Korda finishes 10th (one point) or worse (no points are awarded for a non-top-10 finish). If Ko finishes second and Korda places ninth, they will be named co-Players Of The year.  That happened in 2017 when So Yeon Ryu and Sung Hyun Park tied in points.

For the record, the defending champion this week is Jin Young Ko.