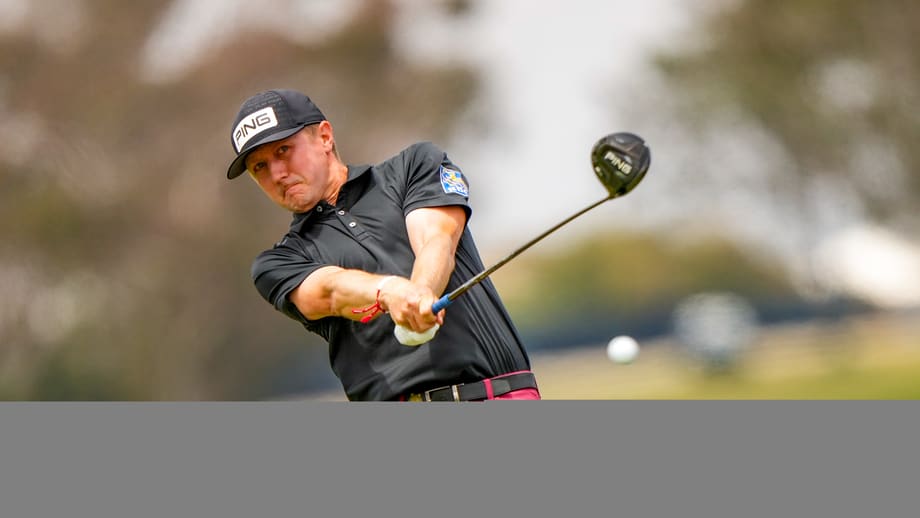 Mackenzie Hughes missed the cut in his last five tournaments.

You don’t have to look too far on the leader-board at the 121st U.S. Open to spot a real underdog heading into Sunday’s finale.

That would be 30-year-old Canadian Mackenzie Hughes.

Hughes is the most unexpected name at the top of the scoreboard after 54 holes thanks to a 68 on Saturday, powered by a four-under par 32 over the final nine holes on the South Course at Torrey Pines.

Highlight of that nine was the nearly 62-foot putt Hughes holed from the back of the green for eagle at the par five 13th.

Hughes didn’t have an explanation for his success this week as he came into this major championship after missing the cut in his last five events.

“But I do like this course, I play it every year (Farmers) because I like it so much,” said Hughes, who lives in Charlotte and has been unable to see his family in Canada due to the nation’s border lockdown during the COVID pandemic.

Hughes also plans to stick with the same food he’s had for dinner on Thursday and Friday.

Rory McIlroy And The Chicken Sandwich:

Golfers will tell you they are not superstitious when indeed, they are.

Hughes is sticking with the same pizza, three straight nights after getting  a share of the 54-hole lead and after his Saturday 67, Rory McIlroy is doing the same.

Rory’s been ordering a chicken sandwich from room service every night and he’s not going to break that routine after shooting 67 on Saturday.

Rory said his sandwich consists of rotisserie chicken, avocado, sun-dried tomatoes, some garlic aioli and all between two slices of holey bread.

Matthew Wolff A Winner Regardless:

Young Matt Wolff started his week speaking about mental health issues and talked about his own struggles as he stepped away from the game for a full two months prior to this week’s major championship.

He’s in a good place mentally and he’s in a good spot on the scoreboard despite some struggles on Saturday that dropped him from four-under par back to two-under by day’s end thanks to a 73 on moving day.

Wolff felt frustration during his round but he kept pressing on.

“There were times that I was frustrated today, but my caddie and I talked through it, and just really at the U.S. Open, more than any tournament, they don’t crown a champion until the last putt drops on the 72nd hole,” Wolff said.

“Literally anything can happen on any single hole, even the last one,” he said. “So just got to grind until the end, and whatever I finish at, I really don’t care. I’ve already had a successful week by enjoying myself and staying positive.”