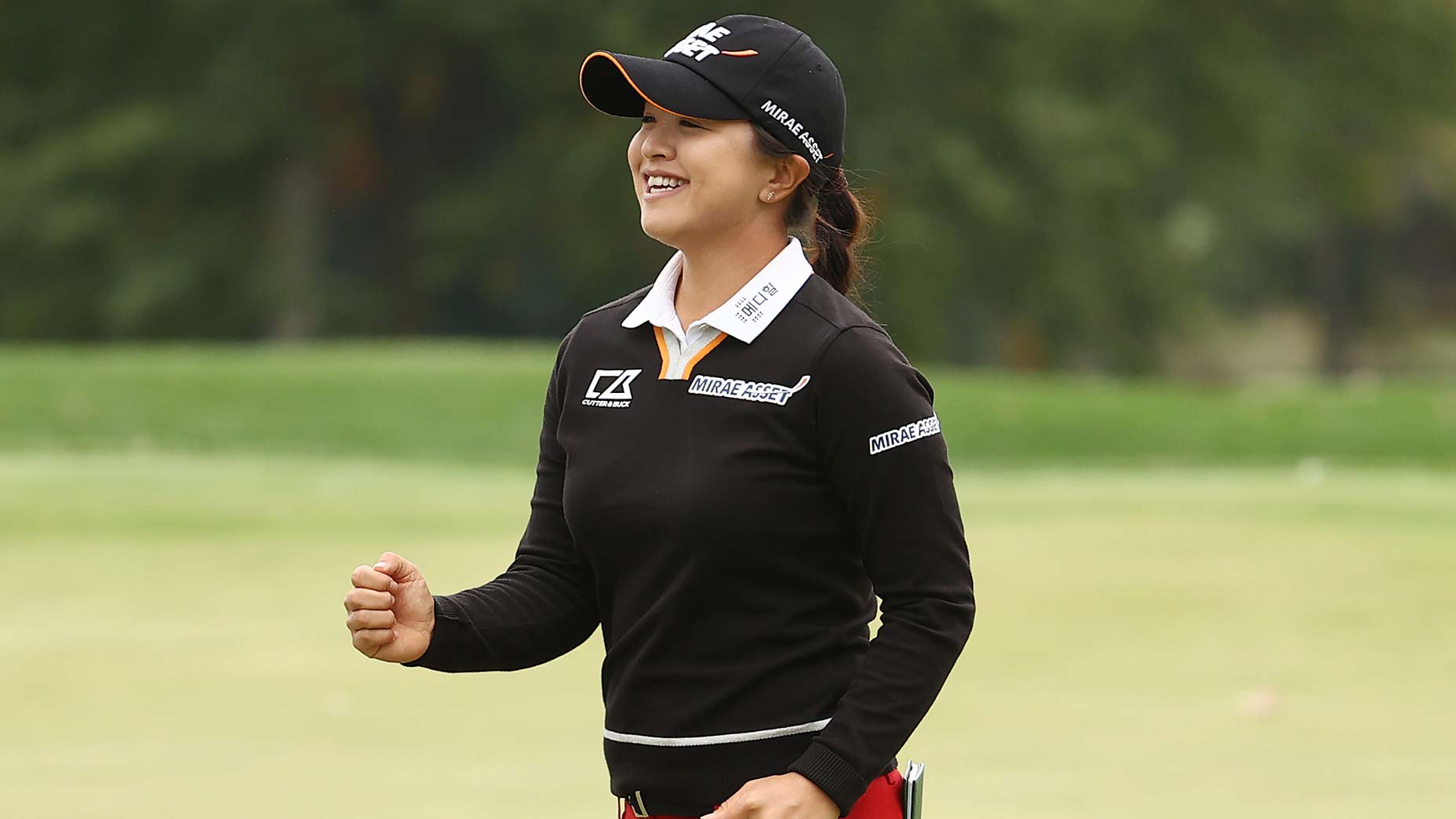 Sei Young Kim was extraordinary, thorough and totally in the zone Sunday on her way to a major championship that no one could take from her.

This was an elite player totally in that special zone of performance on an overcast morning at historic Aronimink.  She was flawless for the entire five hours it took her to shoot a mind-boggling 63 that brought the 27-year-old South Korean star her first major championship at the Women’s PGA.

“It’s a dream come true,” she said, all smiles after she played what was basically your perfect and flawless round of golf — major pressure or no major pressure — she was simply untouchable and left little doubt that this one was all hers.

Here’s some Hall of Fame testimony from seven-time major champion Inbee Park, who gave Kim her best, a closing 65 that left her a distant four shots behind the champion:

“Sei Young was just really untouchable, and she played really, really good golf today.  It really reminds me of 2015 when we went head-to-head on the final day and it was just the opposite today.”

That was Park remembering the 2015 version of this championship where she won and Sei Young finished runnerup.

This time, there would be no doubt.  Kim was a lady on a mission.  She was the picture of focus and concentration on her way to a 14-under par total for the 72 holes.

“I did not look at the scoreboard once,” Kim said afterward.  “I stuck to my game plan. Just focused one shot at a time. I didn’t want to play like this was my final round, but just stick to my momentum that I’ve played all week, so that worked out.”

Wow did it work out.

The two players closest to her were simply run over by Kim’s stellar play.  Brooke Henderson and Anna Nordqvist started two back of the champion but neither came close.  Henderson was off all day and her 72 dropped her back to three-under and solo sixth.  Nordqvist showed an absolutely abysmal short game and struggled to shoot one-over.  Her four-under finish earned her fifth place.

There were low scores to be had on the classic Donald Ross design and Park wasn’t the only player to make a run.  Nasa Hataoka, the Japanese player named after the American space program, shot 64 to finish in a tie for third with Spain’s Carlota Ciganda, whose long birdie putt on the closing hole was good for a 65 and a tie with Hataoka at seven-under.

But this one belonged totally to Kim, who was considered the best player on the LPGA Tour without a major.  This 11th win took away that moniker.

Kim was all business all day and it wasn’t until she strolled up the 18th fairway with a five-shot lead that she broke out in a huge smile.

She still had business to take care of as she hit yet another great approach into the 18th that left her just outside 12-feet for a 62.  Her bid just missed.

When she finished she raised both arms in victory and as she walked off the green, she was doused with champagne.  She couldn’t resist the urge to grab the bottle and take a quick swig as she made her way to the scorer’s area.

Afterward came her only tough moment of the afternoon.  With the trophy in front of her, she lifted it off the table, held it up then set it back down.

“Wow, that’s heavy,” she said with a chuckle.  After that, the realization of her victory began to set in.  “I’m so excited. I’m actually, really hiding my tears at the moment,” Kim said as she accepted a wave of congratulations.  It was a major that I really wanted, so very excited and happy that I got it done.”

And there was one final thought from the champion:

“I think the thing I want to do most when I return home,” Kim said, “is hug my parents and my family.”