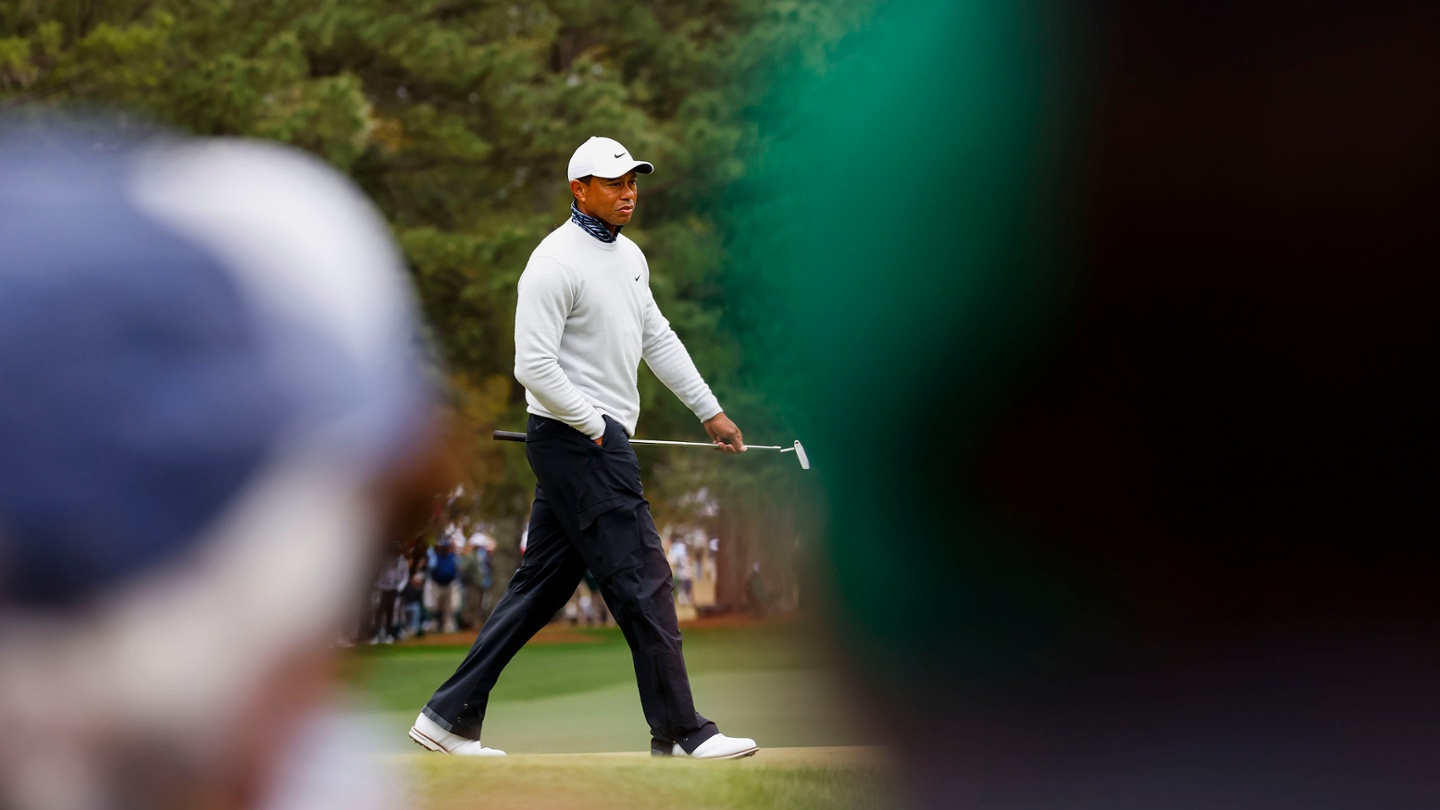 Tiger Woods lost his feel on the greens and shot 78.

As expected, temperatures dropped on Saturday at the 86th Masters, as predicted, but add a constant, cold, troubling wind.

With his rebuilt body, the feat was Tiger Woods would struggle in the chilly air and he did.  Woods shot 78 and fell down the leaderboard to seven-over par, tied for 41st and totally out of contention.

“I had no feel for the speed of the greens,” Woods confessed after his round.  “I just could not get a feel for getting comfortable with the ball,” Woods continued.  “Posture, feel, my right hand, my release, I just couldn’t find it. Trying different things, trying to find it, trying to get something, taking practice strokes and just trying to feel the swing and the putter head, trying to get anything, and nothing seemed to work.”

“Even as many putts as I had, you’d think I’d have figured it out somewhere along the line, but it just didn’t happen.  It was like putting practice, I felt like I had a thousand putts.”

When the ordeal was over, Woods signed for 78 and at seven-over par, he’s tied for 41st and out of contention.