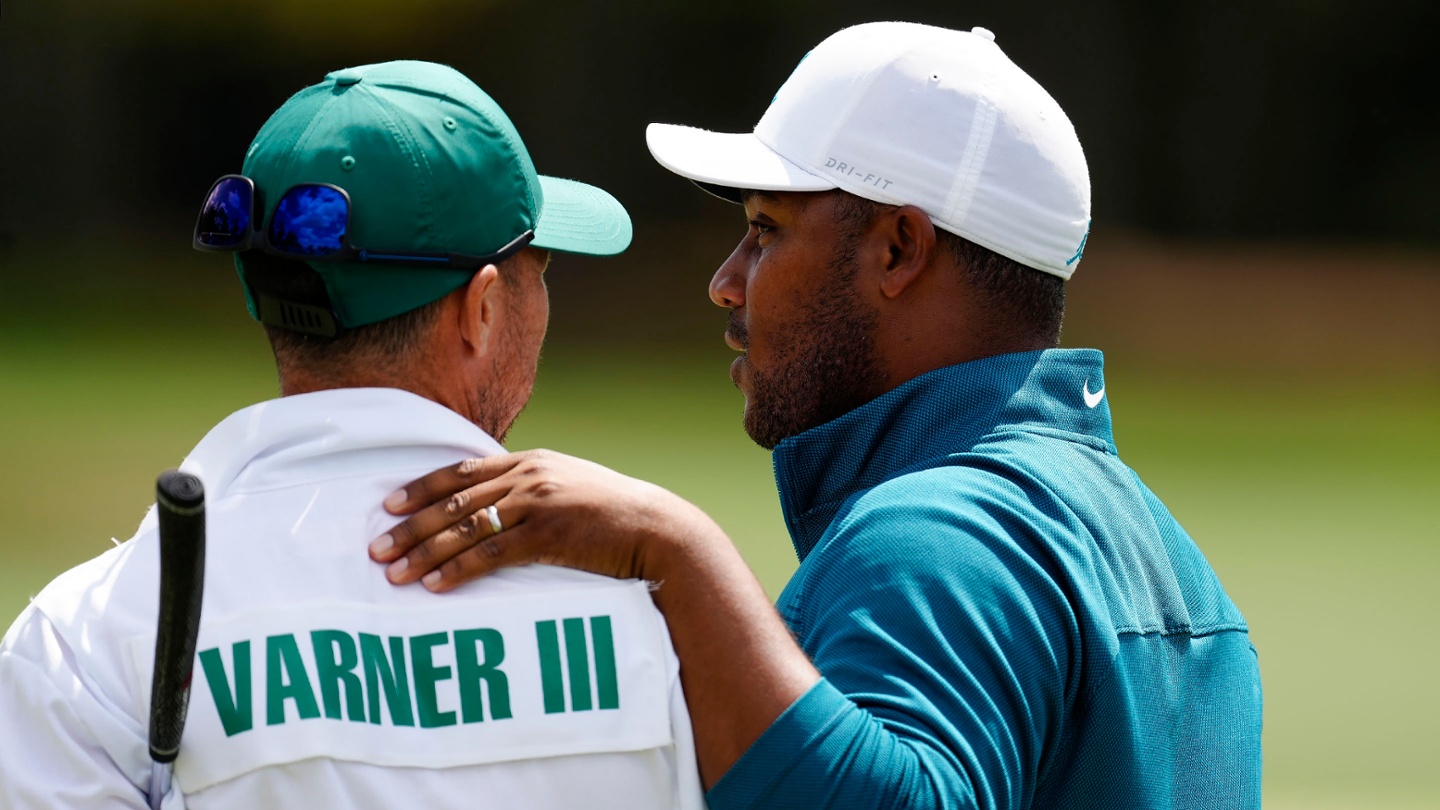 Harold Varner III is perhaps a surprise contender at the 86th Masters.

Perhaps to some he’s a surprise contender but Harold Varner III isn’t — the Masters rookie has played his way into contention with back-to-back rounds of 71 at the Augusta National Golf Club.

The best experience is playing well,” said Varner, the first-ever East Carolina University alum to play in The Masters.  “At the end of the day, that’s what I want to do. That’s very selfish, and I’m totally OK with that.  I just want to keep on doing what I’m doing. It’s only going to get tougher. Everyone’s going to keep talking about it, but I just want to have a chance to win.”

Varner’s only wins as a professional have come outside the U.S. — the 2021 Saudi Invitational and the 2015 Australian PGA. He’s been close on the PGA Tour, but he hasn’t been able to close the deal.

“I think winning breeds winning,” he said. “I never doubted that I could win, but it just never happened. I’ve been there, shot some high numbers when it mattered a lot. But the biggest thing is running my journey.  I think getting better should be the ultimate measurement. Like, every time I play, I feel like I’m getting close and I’m going to build on that. Eventually, I’ll break through.”

Varner has an unusual part of his pre-round routine, something he does at most PGA Tour stops — he changes shoes in the caddie room.

“The coolest part is I haven’t had to go to the locker room. I just literally changed in the caddie room, and I leave my stuff,” he explained. “I like doing that at regular tournaments, and I’ve only been in the locker room once to see if some shoes showed up, and I have to go back again. I don’t know, it makes it easy on me.”

Varner has been pretty calm and part of that is having his wife and baby with him.

“The emotions are real, but you handle them and manage them,” Varner said of his on-course deportment.   “My wife and my kid (Liam) are here, so I’m about to go squeeze him. He is going to throw up on me, and it’s going to be great.”

An Ace For Stewart Cink At 16:

Cink aced the 16th hole with a tee shot that he hit onto the right slope, the ball then began rolling like a putt toward the middle left pin location.  It found its way into the cup for an ace.

How J.T. Turned Things Around:

Justin Thomas got off to a horrible start with a 76 on Thursday but turned things around with 67 on Friday, tying leader Scottie Scheffler for the day’s low round.

How did he do it?

“I decided not to hit it as bad as possible with my irons,” J.T. said sarcastically.

He also said he was pretty mad after the 76.  “I think anger is an understatement.  I was pissed!”