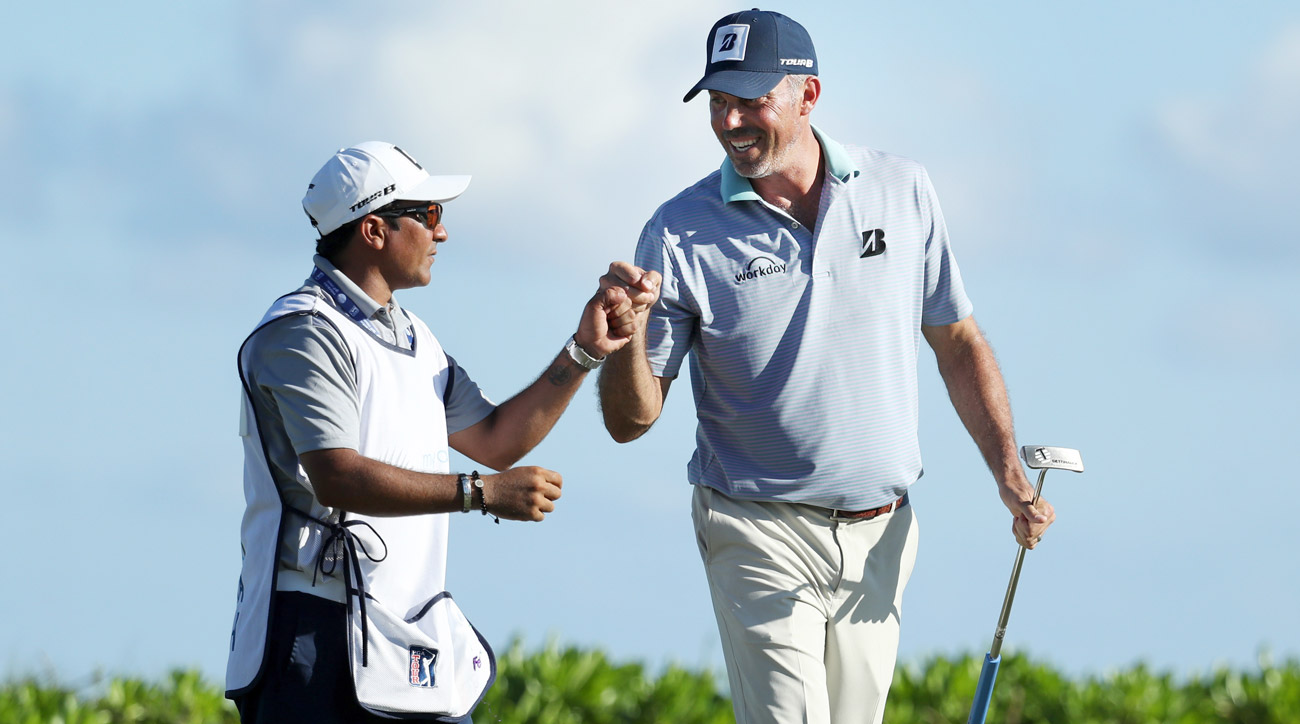 Matt Kuchar Returns To The Scene Of The Great Caddie Mooch

Kooch The Cadddie Mooch  is back at the scene of the crime.

The PGA Tour heads to Mayakoba this week and defending champion Matt Kuchar might just bring his regular tour caddie this week.

The Mayakoba Classic became famous or infamous last year when Kuchar collected $1.2 million for winning the tour event then turned around and paid his local caddie — the man known as “El Tucan” the miserly amount of $3,000.

El Tucan cried foul.  Kooch claimed it’s what they agreed to at the beginning of the week.  You can bet that looking back, Kuchar probably wishes he’d gone ahead and done the right thing after he won and forked over at least 50k to his guy.

When it was reported that Kooch basically gave his guy next to nothing, considering he had just cashed in for $1.2 million, there was on-line outrage.  Social media blasted Kuchar back and forth like a ping-pong ball.

Eventually Kuchar did the right thing and forked over some extra money to El Tucan.

Still, the incident earned Kuchar the DogLegNews moniker of  Kooch The Caddie Mooch, for the rest of his tour career.

So they’re back at Mayakoba and of course, Kooch will be there to defend his title.