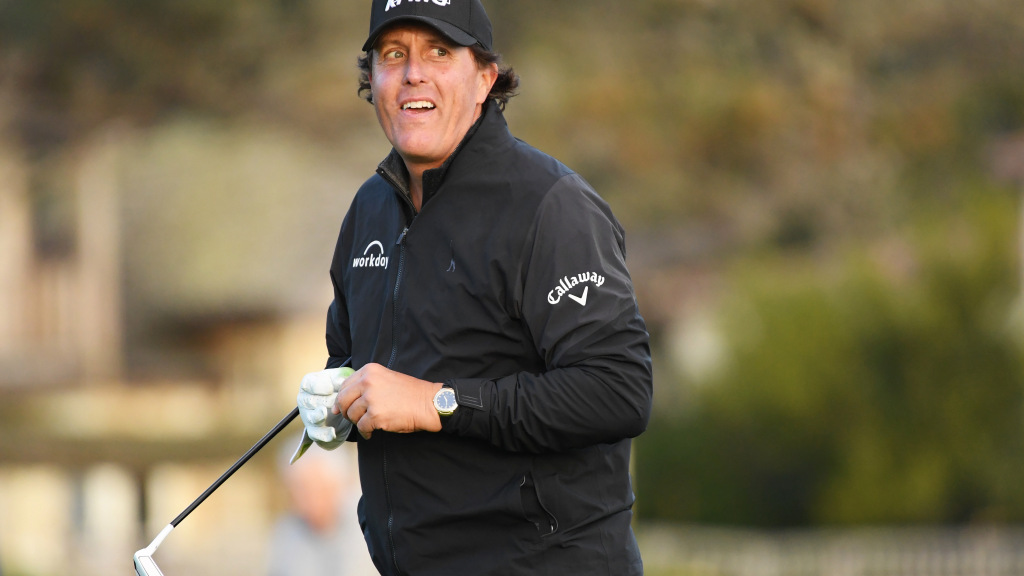 Phil Mickelson will have a chance to win at Pebble Beach for the sixth time.

Mickelson Moves Within A Shot At Pebble Beach

Phil Mickelson will have a shot at history Sunday at Pebble Beach.

Mickelson scrambled his way to a five-under par 67 at Pebble during Saturday third round and he’s within a shot of leader Nick Taylor at the AT&T Pro-Am.

Taylor’s 69 at Spyglass Hill got him to 17-under, one in front of Mickelson.  Jason Day, looking for a comeback from an injury-plagued 2019 season, will start the final round at 14-under afer he shot 70 at Spyglass.

Mickelson hit only nine greens during the third round but used just 22 putts, including one from five-feet for birdie at the final hole.

“To play Pebble Beach with a chance to win is really fun,” said the defending champion, who will have a chance to become the only six-time winner at the historic American golf venue.

“It’s about one good round at Pebble Beach,” Mickelson added.

Kevin Streelman was tied for fourth at 11-under and he and amateur partner Larry Fitzgerald will have a chance to win the pro-am team title for the second time.  They’re 27-under and lead Mickelson and Hall of Fame quarterback Steve Young by a shot.