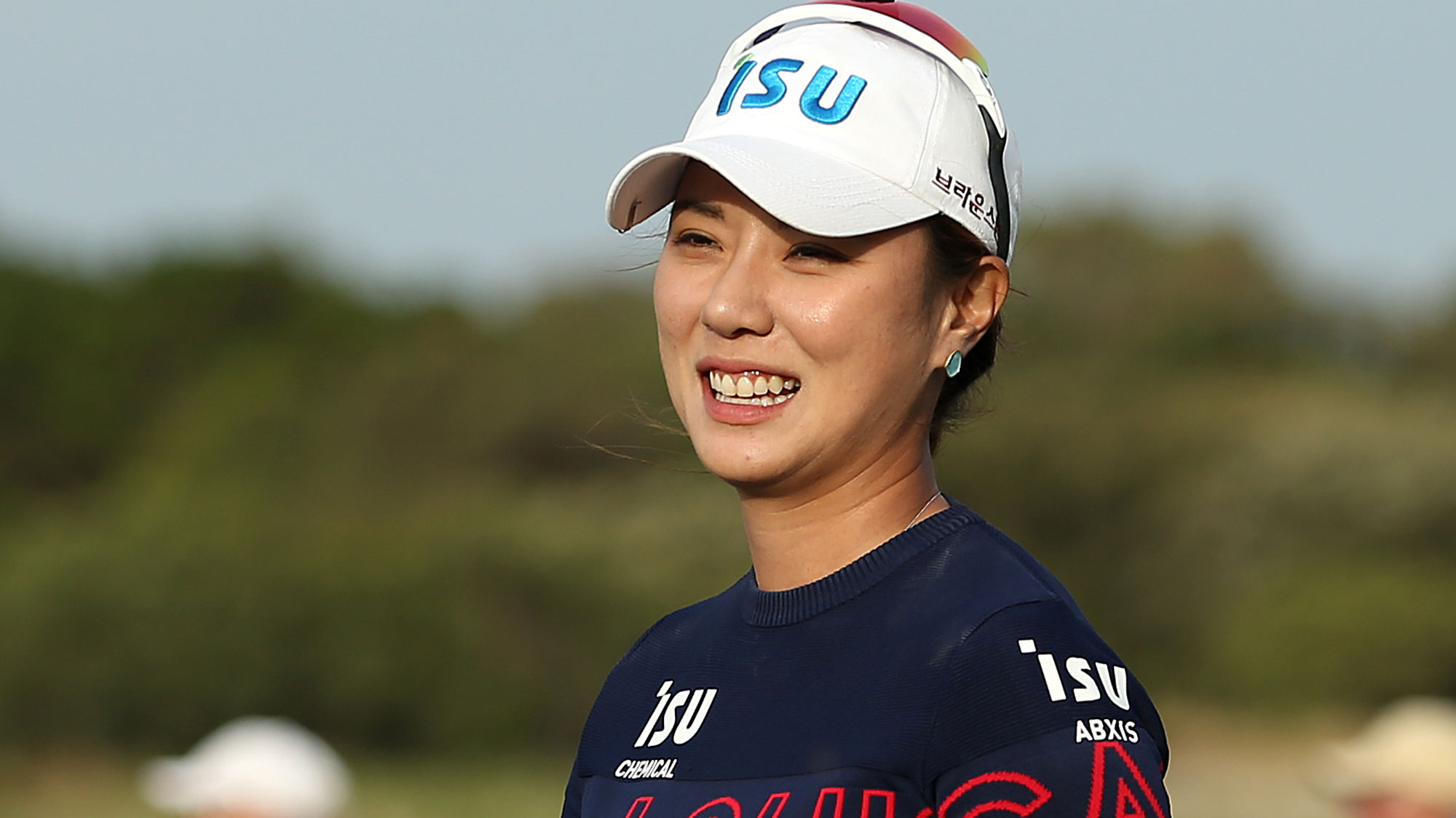 The Vic Open was one of those social experiments — put the men and women together on the same course and pay the winners equally.

Hee Young  Park won the LPGA side of the action and collected the same.

What you had in the end was a sub-standard purse for both tours.  Try getting name players from the PGA Tour to compete for a first place prize in that range.  They’d laugh you right out of the 19th hole.  Even the LPGA pays its winners better.

Lee is the brother of LPGA star Minjee Lee — both are Aussies courtesy of South Korean parents.

My sister and I winning the same tournament, it’s pretty special,” Min Woo said. “I’ve got bragging rights now so it’s even better.”  His sister has won this event in the past but finished tied for sixth on Sunday.

Minjee added: “I was super, super proud of him. It was really cool to just even be here with him and even watch him the last two holes. Just to see him play, I haven’t really seen him play that much, so to be able to have a win here is really cool.”

Lee recorded a best European Tour finish as he finished third at the Australian PGA Championship just before Christmas, but is now in the winner’s circle in just his 19th event.  “It’s awesome,” he said. “Vic Open, it’s the home open. Especially as it’s the European Tour, it’s big.  I’m over the moon.  “I thought coming in I had a really good chance because I was hitting it really good but I think I impressed myself with the game this whole week.”

Lee was cruising down the stretch when he heard the crowd up ahead.  ”I was walking off 14 and I heard a roar and I was guessing (Fox) or someone in that group had made eagle or birdie. I just counted up and figured he could have eagled 16 or birdied 17 and eagled 18.”  The “he” Lee referred to was Ryan Fox, who birdied the 16th then eagled the 18th for a closing 64 and posted 17-under par.  Lee birdied 15 but bogeyed the 17th and led by just a shot going into 18.  He closed with birdie for the two shot victory over hard-charging Fox.

“I felt really comfortable just because if I did exactly the same as yesterday, I felt pretty hard to stop. I started off really hot off the gate and it was pretty comfortable those last few holes. It got a bit nervy but I’m pretty proud of the way I finished,” Lee added.

The women’s side was more dramatic.

Park finished at eight-under and tied with Hye-Jin Choi and former world’s No. 1 So Yeon Ryu.  The field battled through strong winds and the playoff went back to the 18th tee.

Choi’s tee shot on the fourth playoff hole came to rest against a pine cone in light rough left of the fairway, leaving her with no choice but to chip out. That chip came up short and her next shot found a hazard.  She dropped and finally reached the fringe of the par five in six shots.

Park had an eagle putt to win the tournament on the first playoff hole but saw it slide by the cup. She faced three more holes in tough conditions before clinching her third LPGA win.

”Last year was the worst year in my life and I had to go to Q-school and I was going to stop golf because I thought there was no more game in my mind,” Park said. ”Then I made Q-school and I had a chance to play another year this year.  I never stopped and I think God gave to me this present.”