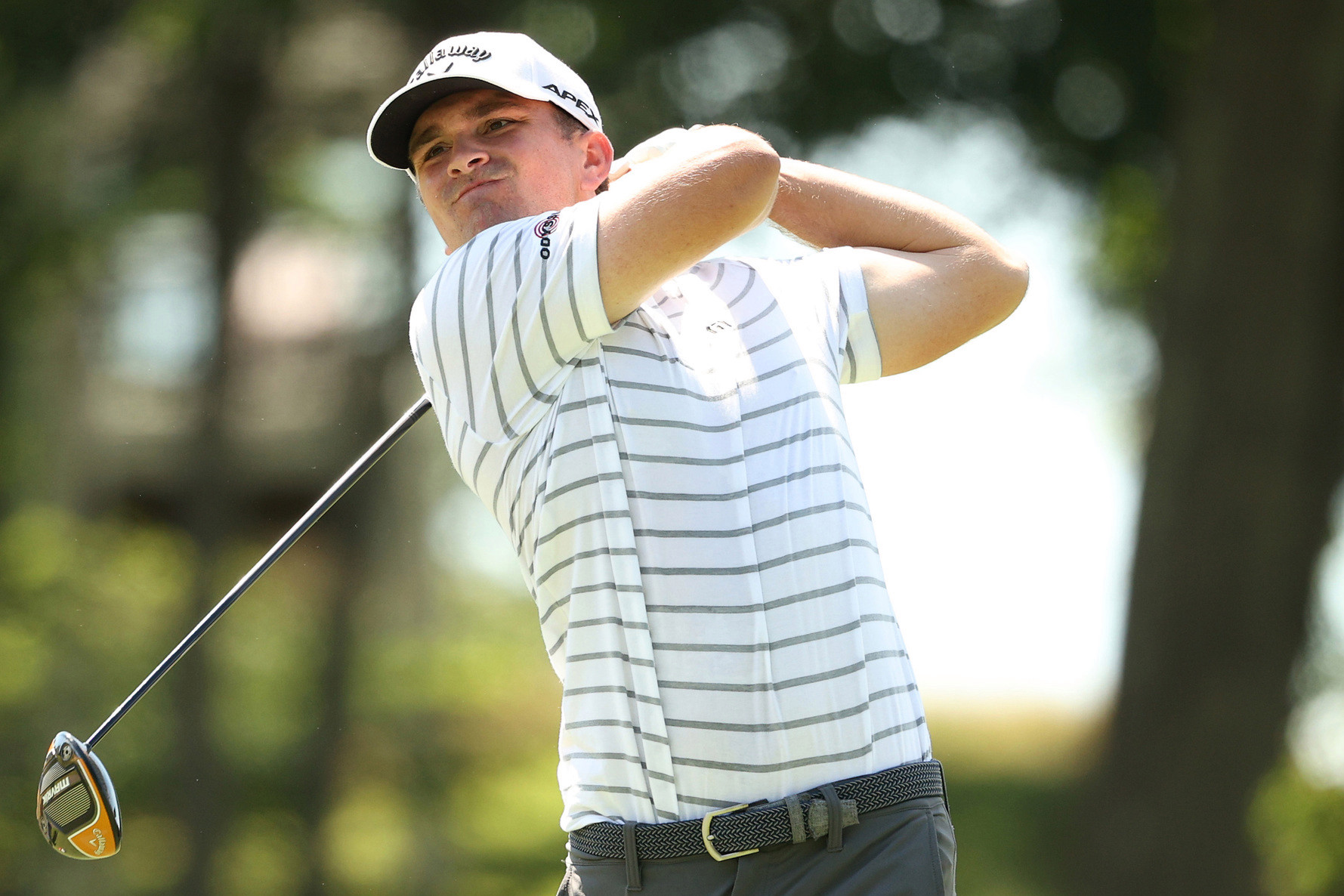 Will Gordon's closing 64 earned him a tie for third at The Travelers.

Will Gordon came to The Travelers this week on a sponsor’s exemption — he had no status on either the PGA Tour of Korn Ferry Tour.

With the 2020 Mackenzie Tour cancelled, Gordon had no place to play.

The former Vanderbilt star and 2019 SEC Player Of The Year, took full advantage of that exemption.  He shot rounds of 66-62-71 but needed to go low on Sunday.  Nothing less than a two-way tie for third would earn him temporary status on the PGA Tour.  With all the heat on, he closed with a 64 that got him in the clubhouse at TPC River Highlands at 17-under par.  It looked like he would finish solo third until Mackenzie Hughes made a bomb of a birdie putt from off the green at 18 to finish birdie-birdie, shoot 67 and tie Gordon at 17-under.

But the $436,,000 paycheck did the job for Gordon, who will now move on to play this week at the Rocket Mortgage in Detroit.

“Yesterday (Saturday) I never really got comfortable,” said Gordon of his third round 71.  “I felt very comfortable today.  Now I don’t have to depend on trying to get exemptions.  I get to play next week — that’s huge.”

Even more huge is his temporary status.  If he keep performing, he can play his way to a tour card.

Good deal for a young guy who came in with no status and no place to play.

Another Top 10 For DeChambeau:

Best start on the “re-start” for the PGA Tour goes to Bryson DeChambeau.

DeChambeau finished in a tie for third at the Schwab Challenge three weeks ago then picked up a T8 at The Heritage.  After rounds of 65-67-65, DeChambeau didn’t have his best stuff on Sunday and slipped to a 68.  Still, he tied for sixth, making it three straight top 10s.

Phil Mickelson wasn’t playing like a 50-year-old the first two days at The Travelers.  Lefty opened with rounds of 64-63 to hold the halfway lead.  But he played poorly over the weekend with a pair of 71s.  Still, Lefty was optimistic.

I’m looking at this week as progress,” Mickelson said. “Certainly the goal is to win tournaments, but keep in mind I’ve missed a bunch of cuts. I haven’t played to the level I’ve wanted to, and this week I came in and had a lot of great finds. I hit a lot of good shots, hit a lot of good tee shots. My misses were much better.”

Mickelson’s Sunday started poorly and on the 10th, he hit his tee shot out-of-bounds and made double.  Lefty will head home with his next start coming at the Workday for Charity Open, the first of two straight events at Jack Nicklaus’ Muirfield Village.

“This was a good week in a lot of areas, and I’m very optimistic going forward. I don’t think this is a one-off,” Mickelson said. “I think it’s going to be the start of something really special, at least that’s what I’m sensing. So I’m excited to work on it, to refine it and then to get back out in Ohio and see if I can put it together.”

Collin Morikawa had his first weekend off since he joined the PGA Tour.  Morikawa, who made 22 straight cuts, failed to get No. 23 when he missed the cut Friday at The Travelers.  He was chasing the No. 25 — the number of cuts Tiger Woods made to start his pro career.