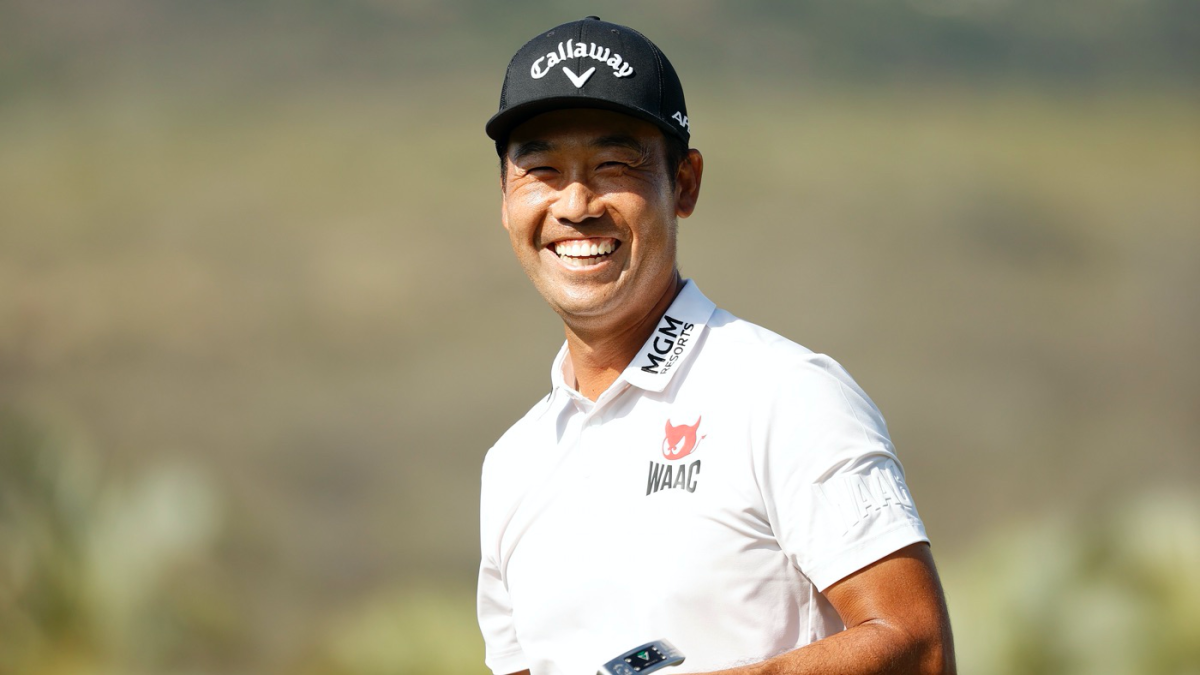 Kevin Na was all smiles after making birdies on four of the final six holes Sunday.

Kevin Na knows he cannot win on any golf course on the PGA Tour, he has to pick his spots and historic Waialae Country Club is one of them.  Late Sunday afternoon, he found himself three shots behind 54-hole leader Brendan Steele with just six holes to play at the Sony Open.

Na was in the final group with Steele and watched as Steele seemingly took control of the tournament when he canned a 21-footer for eagle at the par five ninth that took him to an imposing 21-under par with a bit of breathing room.  But the first sign of distress for Steele came at the short par four 10th where birdies were being passed out like tourist leaflets.  He caught a break, missing the bunker short of the green and had what appeared to be a not-so-difficult second.  But he chunked his wedge, left himself 77 feet short of the hole, three-putted and invited Na back into the action.

Na responded with a couple mistakes of his own.  He missed a shortie for birdie at 11 from just six feet.  Na has a habit of walking those in and then the unthinkable hit Na at the 11th when he three-putted for bogey.

Then came that 18-years of experience.  Na made a huge bounce-back starting at the 13th when he banged in a birdie from 14 feet then rolled one in from 10 feet at 15.  He made it three straight from just inside six feet at the 15th and he reached 20-under with a chance.

His chances got better after Steele’s second at 14 came up short and his pitch left him with 14 feet for par.  He missed, fell back to 19-under and that was basically the beginning of the end for Steele, who played defensively most of the afternoon and it backfired.

On the other hand, Na was the aggressor.  “I was playing maybe a little bit more aggressive coming down the stretch, not worrying so much about second or third, more focused on just that — winning,” Na said. “Every year, I hope to win, and I expect to win on the right golf courses.”

Na stayed at 20-under when he got to the 18th tee.  Chris Kirk made a gem of a birdie at the 18th and posted 20-under.  Na’s drive found the right rough, he drew a gnarly lie but a skillful five-wood made it to the green, ran past the hole and came to rest in a great spot, just over the back and with Na’s short-game skills, it was just about over.  He pitched to 20 inches, tapped-in and secured his fifth career victory.

On this day there were actually two winners.  The other was Kirk, who short-sided himself with his second at the closing hole but hit a magnificent pitch shot for a gimme birdie.  It secured him a share of second and most important, a high enough finish to keep his PGA Tour card for the rest of the season.  “It totally changes everything, being able to be back to picking my schedule like I’m used to over the last number of years,” said Kirk, whose major medical extension ended at The Sony.  “I’m thankful God put me in a great situation, and you never know what’s going to happen.”

You might say a trio of winners as Joaquin Niemann, playing with Na and Steele, birdied the final hole to tie Kirk and finish runnerup for the second week in a row.  His consolation prize was leaving the islands with north of $1.6 million in the bank.

As for Na, he was glowing in the light of a fourth season with a victory.  It took him forever to win on Tour, 14 years and he’s overcome everything from the grip yips to the full-swing yips and everything inbetween.

“I felt pretty comfortable all day. Made a mistake on 11, a three-putt on 12. All these experiences, 18 years on tour is paying off. I’m so happy at home and that’s showing up on the golf course too,” said Na, all smiles at the end.

Na continues to trend upward.  He’s shown that there is room for non-bombers out there.  Experience is a great thing and that magical putter of his let everyone know that the flat stick can be mightier than the driver.