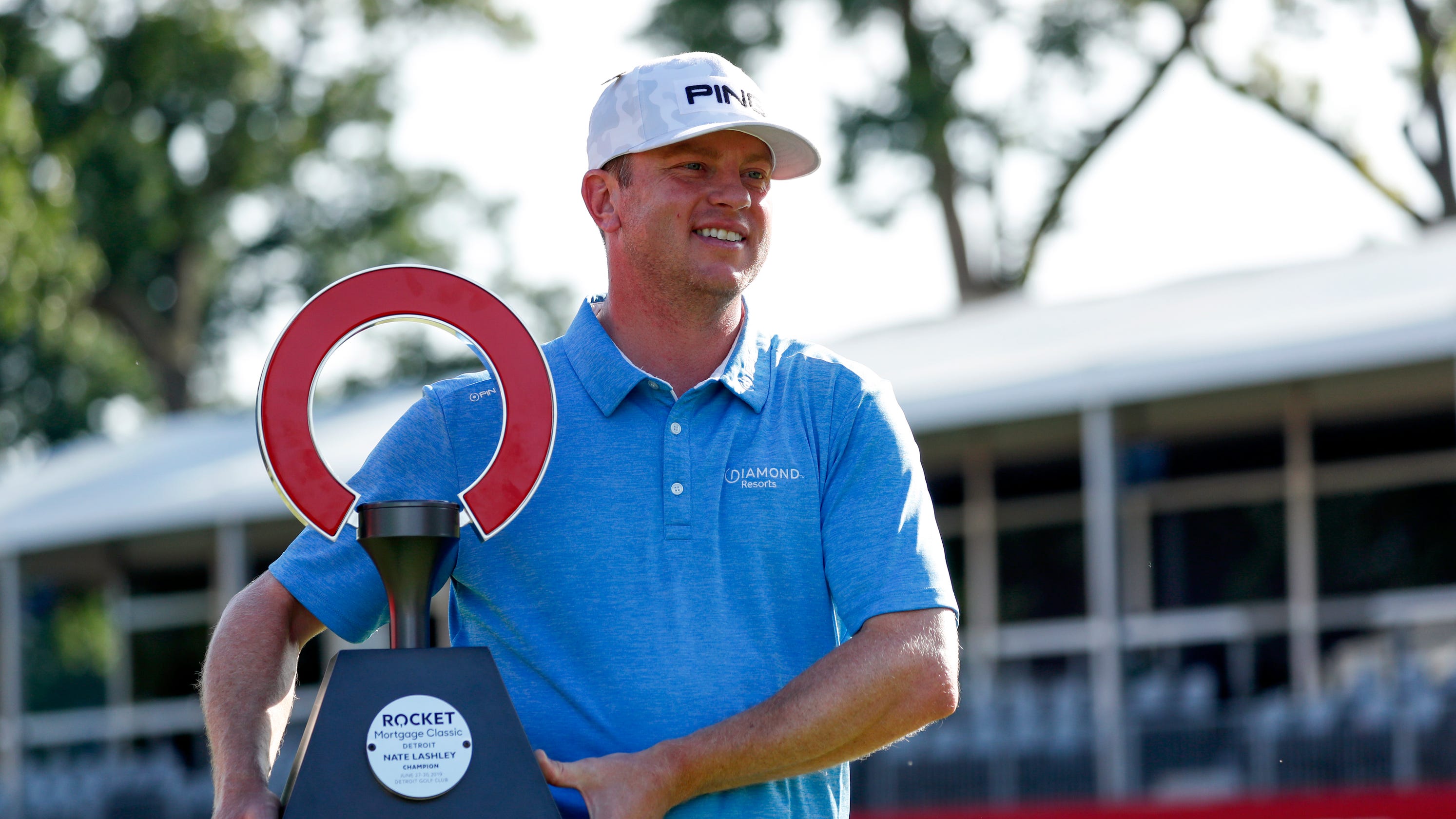 Nate Lashley got his first tour win at the 2019 Rocket Mortgage event.

Nate Lashley and some other PGA Tour players needed the action.

So Lashley, Joel Dahmen, Kevin Streelman and the now-retired Colt Knost (among others) showed up for this week’s Scottsdale AZ Open.

Put a PGA Tour winner in a $125,000 local event and you’d expect something low.  Lashley, winner of the 2019 Rocket Mortgage event, didn’t disappoint.  Six birdies and an eagle at the Talking Stick Golf Club produced a first round 62 for Lashley on Tuesday, good enough for the first round lead.

A shot behind Lashley was Zach Smith, who graduated last year from the University of Calfornia Santa Barbara.  Steven Kupcho, who has played on the Web.com (Korn Ferry) Tour, was alone in third with an opening 64.

PGA Tour member Joel Dahmen, who shot 58 at his home course last week, was in at 65 along with fellow PGA Tour member Kevin Streelman and the aforementioned Colt Knost.  There were eight players in at 65.

J.J. Spaun shot a two-under par 68 while Korn Ferry Tour member Brady Schnell, who lashed out at Vijay Singh’s entry into the Ponte Vedra Korn Ferry event, was in with 69 and tied for 33rd.

The event bills itself as one of the largest non-PGA Tour events with a total purse of $125,000.

The PGA Of America obviously likes to plan far in advance.  Accordingly, it has named Southern Hills in Tulsa, Ok., as the site of its 2030 PGA Championship.

The last time the PGA Championship was held there was in 2007 when Tiger Woods won the title.  For the record, Tiger will be 52-years-old at that next Southern Hills PGA.

Southern Hills will also be the site of next year’s Senior PGA Championship next year.