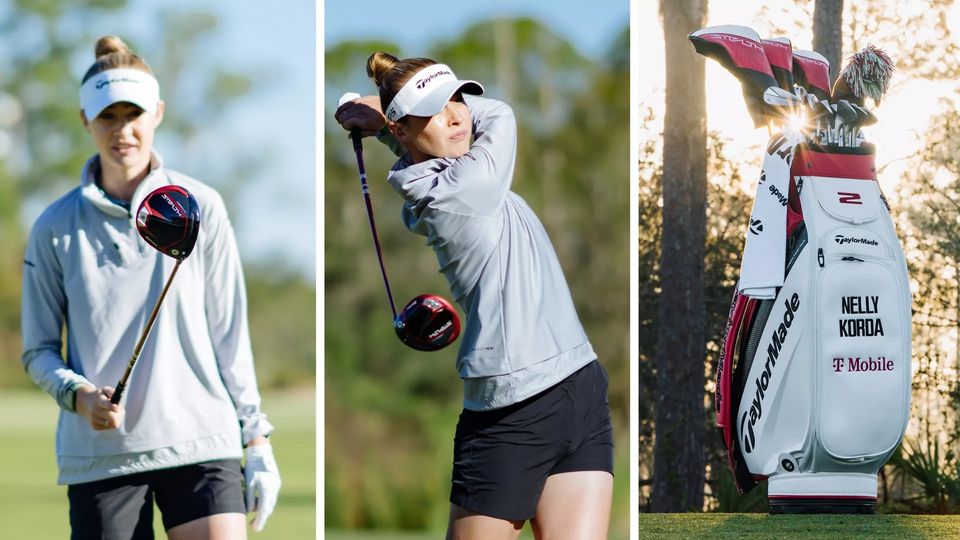 Nelly Korda's biggest adjustment will be the change in golf balls.

World No. 2 Nelly Korda heads this week’s 2023 season opener for the LPGA Tour — it’s their Tournament of Champions at Lake Nona outside Orlando.

And Korda has made huge changes as far as what he’ll be wearing and the equipment she’ll use.

Korda announced her new deal with Nike to wear the company’s apparel.  She also made an even bigger switch, leaving Titleist for TaylorMade.

Per TaylorMade, Nelly will be using the draw-biased Stealth 2 HD (9 degrees), Stealth 2 fairway woods  (15 and 21 degrees). A blended set of P770 (5-iron, six-iron) P7MC (7iron lthrough pitching wedge) and Milled Grind 3 wedges (50, 54 degrees).  She may still be opting to use a Vokey WedgeWorks prototype for the moment.)  For now, she’ll probably stick with her Scotty Cameron putter although TaylorMade was claiming she’ll carry 14 of their clubs.

Biggest switch for any professional is the golf ball.  She’s switching from the Titleist Pro V1 t the TaylorMade TP5 — and that’s typically where it takes time for a player to adjust.  It took Rory McIlroy a while.

Korda and Brooke Henderson, the world’s No. 7 and No. 10 Nasa Hataoka were the only players from the top 10 in the field at Lake Nona.  Chalk that up to the LPGA Tour’s weird schedule start.  After this week, the next event isn’t until February 23 in Thailand followed by the HSBC in Singapore on March 2 nd the Blue Bay in China on March 9.  Many of the Asian-based players are waiting to go to Thailand.

This year’s LPGA schedule will have 33 events with total purse money of $101.4 million.

If you believe David Feherty, it sounds like LIV is finally getting a television deal.

But it’s not typical.  Usually sports entities are paid for the broadcast rights.  In this case, it’s LIV forking out the money to get on the air.

The network is CW on cable television.  No details of the agreement have been announced.

It was Feherty who dropped the big hint at one of his one-man shows in West Palm Beach last week.

“Have you heard of CW?” Feherty reportedly told the crowd as his show was wrapping up.  “I might get fired for this, but… “

Speaking of LIV, there’s a bunch of defectors in this week’s event in Abu Dhabi, the first full-field event on the DP World Tour this year.

The DP World Tour has been unable to suspend LIV players from its ranks and is in court next month over that.  In the meantime, Lee Westwood, Henrik Stenson, Bernd Wiesberger and Patrick Reed are among the LIVers in the field at Yas Links.

This is the first of the elevated-purse Rolex events on the European Tour, play begins Thursday (late Wednesday in the U.S.).