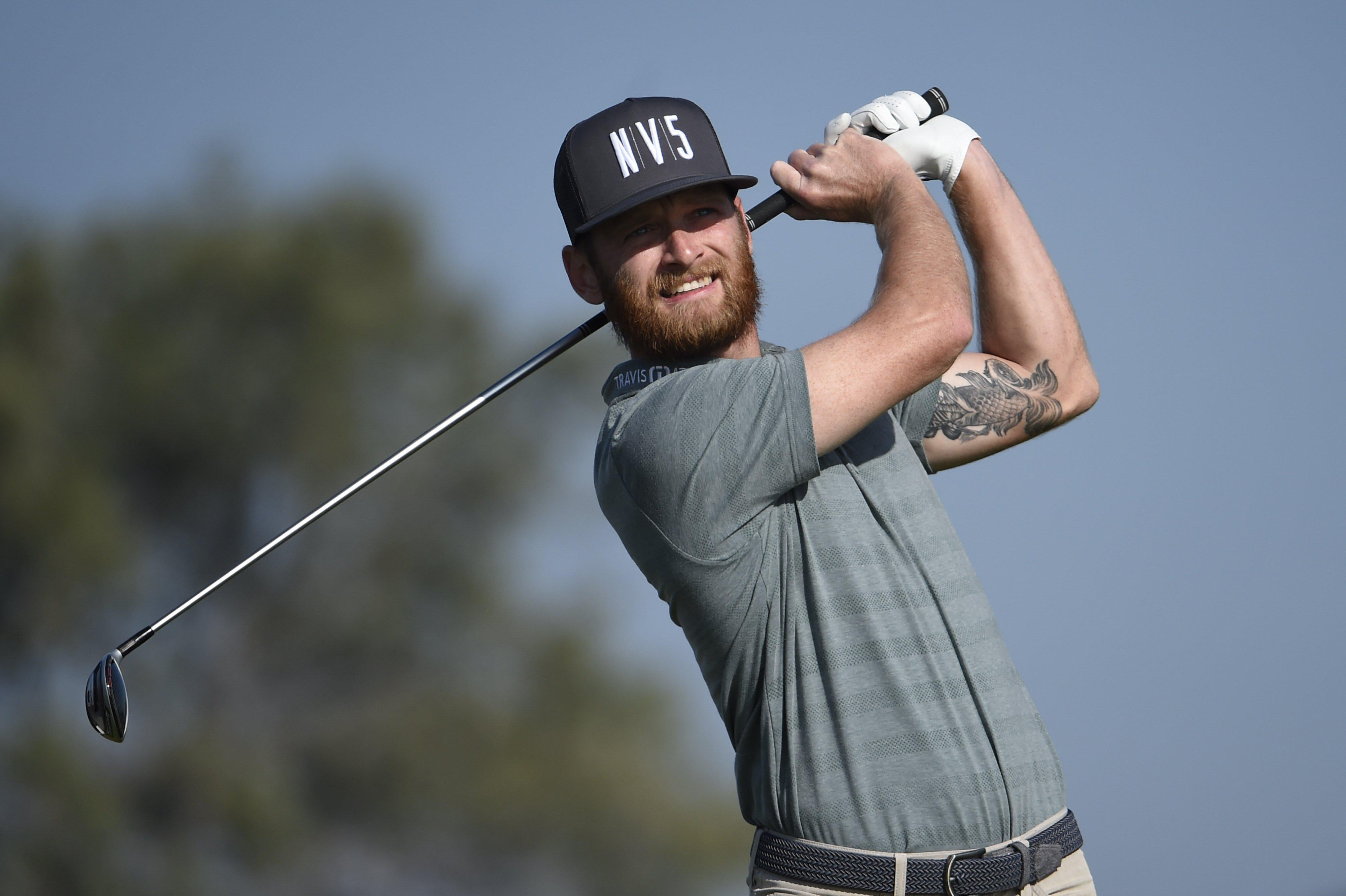 Tyler McCumber has a share of the lead after a first round 65.

With most of golf’s big names in recovery mode from the U.S. Open, it was time for the underlings on the PGA Tour to go low on Thursday in Puntacana.

A total of 93, yes 93 of 144 players in the field shot under par on day one of the Corales Puntacana Championship.

Four players were tied at the top with seven-under par 65s, including Tyler McCumber.  He’s the son of 10-time winner and former Players Champion Mark McCumber.

McCumber was the sole leader through 16 holes but bogeyed the eighth, his 17th of the day.  He had a good look at birdie from 10 feet at the ninth, his closing hole but narrowly missed the birdie putt.

The wind came up strong late in the day, blowing 20 miles per hour but that didn’t stop the full-field birdie-fest.  The tournament also caught a weather break as there were no storms forming in the Caribbean to threaten the event for the next four days.

Sepp Straka was the only one of the four leaders who had a bogey-free round.  He joined McCumber,  Hudson Swafford and Scott Harrington at the top.

The lead foursome was a shot clear of Xinjun Zhang and Joseph Bramlett, while former Southern California star Justin Suh got his season off to a happy start and was among those at 67.

Straka’s round was highlighted by a five-wood to five feet for eagle on the par-five fourth hole early in his round. He also was the only player at 65 who played in the morning before those stiff ocean winds kicked up late in the afternoon.

“This course is not really one where you can push it,” Straka said. “You can shoot a low round out here, but it’s got to be a consistent low round.”

Did Patrick Reed Cheat Once Again At The U.S. Open?

During an early round at the U.S. Open, Reed was off the putting surface at the par five ninth at Winged Foot and the old video shows him purposely tamping down the grass behind his ball.

It’s a clear rules violation as he makes it easier for him to get his wedge on the back of the ball without the grass interfering.

Check the video on this link:

You be the judge — did Reed break the rules again?

Bryson DeChambeau sure didn’t notice but he’s so wrapped up in his “calculation of variables” that he didn’t pay any attention to Reed.

No Surprise, Tiger Woods Will Defend At The ZoZo:

To the surprise of absolutely no one, Tiger Woods has committed to defend his championship at the ZoZo.

The tournament was moved from Japan to Tiger’s stomping grounds at Sherwood Country Club, where he has hosted his own tournament and has won there five times.

The tournament begins Oct. 22 and typically Tiger rarely confirms this early but this one was no cat-out-of-the-bag deal.