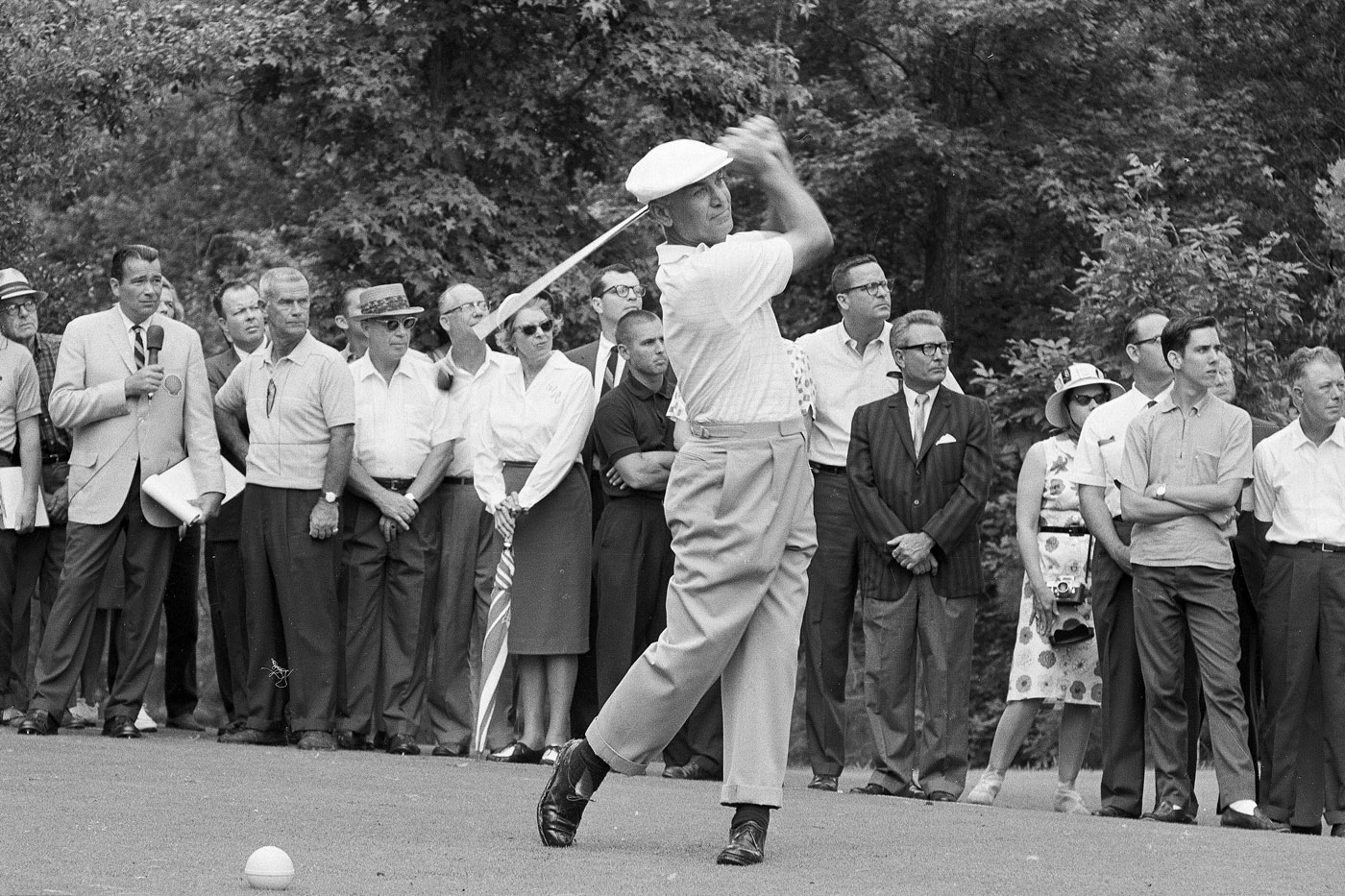 Ben Hogan dominated at Colonial -- he won there five times.

Colonial Country Club in Fort Worth is one of those marvelous old-school golf courses.

It is honest, straight-forward.  It’s all there in front of you, no tricks, no dinosaurs buried beneath the greens, nothing but a tough, fair track.

Stay out of the mature trees, keep it in the fairways, get it on the greens and you should score — especially if you’re one of the young talents on today’s PGA Tour.

The 2019 version of The Colonial got underway yesterday in Fort Worth and it was a bit windy in Cow Town.

Tony Finau had no issues.  Sporting a new “claw” putting grip, he put seven birdies on his scorecard, a lone bogey and that was good enough for the first round lead at this track where a gentleman named Ben Hogan had no problems navigating those fairways and greens.  Hogan won there five times and is the only man to win back-to-back.  Tony used the Ben Hogan playbook Thursday.  Finau hit all 14 fairways and 16 of 18 greens.

Jordan Spieth continued his upward trend.  Jordy shot 66 despite a double-bogey at the 18th, where he hit his approach into the water left of the green.  Yeah, Jordy’s getting better but he stills gets slapped upside the head by some pretty ugly shots.

Yes, good day one for Spieth and Finau but a lot of big names with big talent totally took it on the chin.

Bryson DeChambeau is still mired in a slump.  Mr. Roboto shot 72.  He missed the cut last week at the PGA.

Jon Rahm, like DeChambeau, is trending in the wrong direction.  After missing the cut at the PGA last week, Rahm-bo shot a cool 75 yesterday, thanks to a triple-bogey seven at the 14th.

Xander Schauffele got pushed around.  He shot 76.  Ouch.

Ian Poulter’s a pretty good ball striker and this is a ball-striker’s course.  It was 73 for Ian.

Defending champion Justin Rose won’t be joining Hogan as a back-to-back winner.  JRo went for 74 on day one.

Go down the first round scoreboard and it was a lot of ugly and not much pretty.

Then there was beyond ugly.

Tom Purtzer is 15 years past his prime on the Old Guy, aka Champions Tour.  He won the Colonial back in 1991.  So why in the hell was 67-year-old Purtzer given a free pass into this week’s PGA Tour event — after all, it’s no country for old men.

Look, the young guys got beat up pretty good on Thursday, Purtzer’s case was one of major assault and battery on a senior citizen.

The good news is that this event, coming the week after a major, still has some pretty decent names.

They’ve got Tony and Jordy up there.

Can Jordan Spieth actually have a decent weekend?  Might he, heaven forbid, actually win again?

At least there’s something to talk about in Fort Worth.